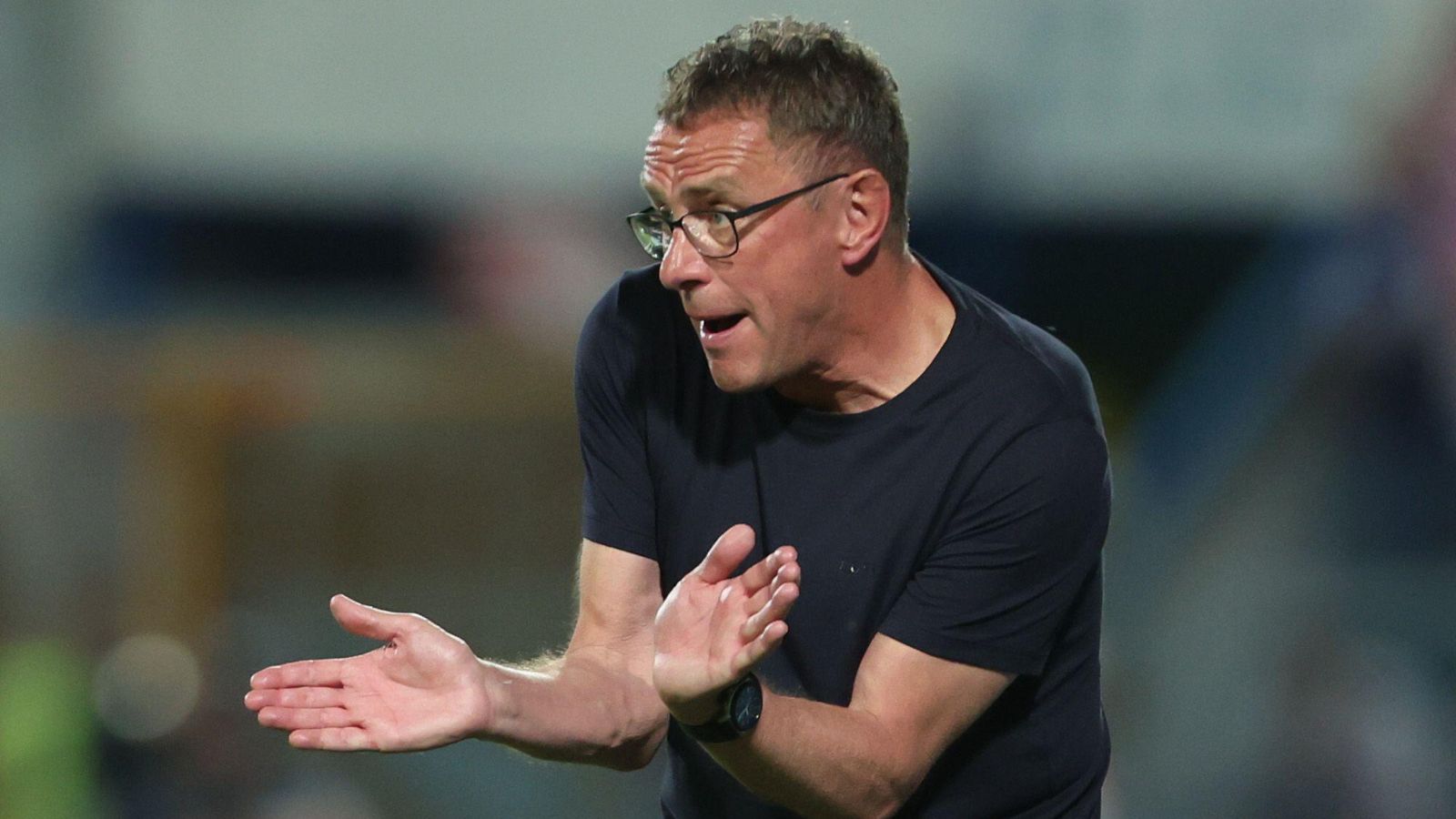 Rangnick replaced Ole Gunnar Solskjaer at the end of last year. He was unable to improve United’s fortunes as they finished sixth in the Premier League in 2021/22.

The 63-year-old was only able to win eleven of his 29 games in charge of Man Utd across all competitions.

Erik ten Hag is United’s new permanent manager. Rangnick was due to take up a consultancy role at the club behind the scenes from this summer.

This has not happened though. Rangnick has departed Man Utd to concentrate on being Austria’s coach.

Alaba is one of the players Rangnick is working with. The ex-Bayern Munich star has praised Austria’s new coach:

“He doesn’t want us to let the opponents breathe air. It is good for us.”

Alaba added: “I have known Ralf since I was 18 years old and he is a world-class coach. What he did in the past is something special and now I am seeing it close up.

“He showed what he can do at Leipzig, Salzburg and Hoffenheim. He didn’t have a lot of time in Manchester. He has a really good plan and knows a lot about football.”

Elsewhere, Louis van Gaal has suggested that Ed Woodward’s exit from Man Utd presents Ten Hag with an opportunity to be a success at Old Trafford.