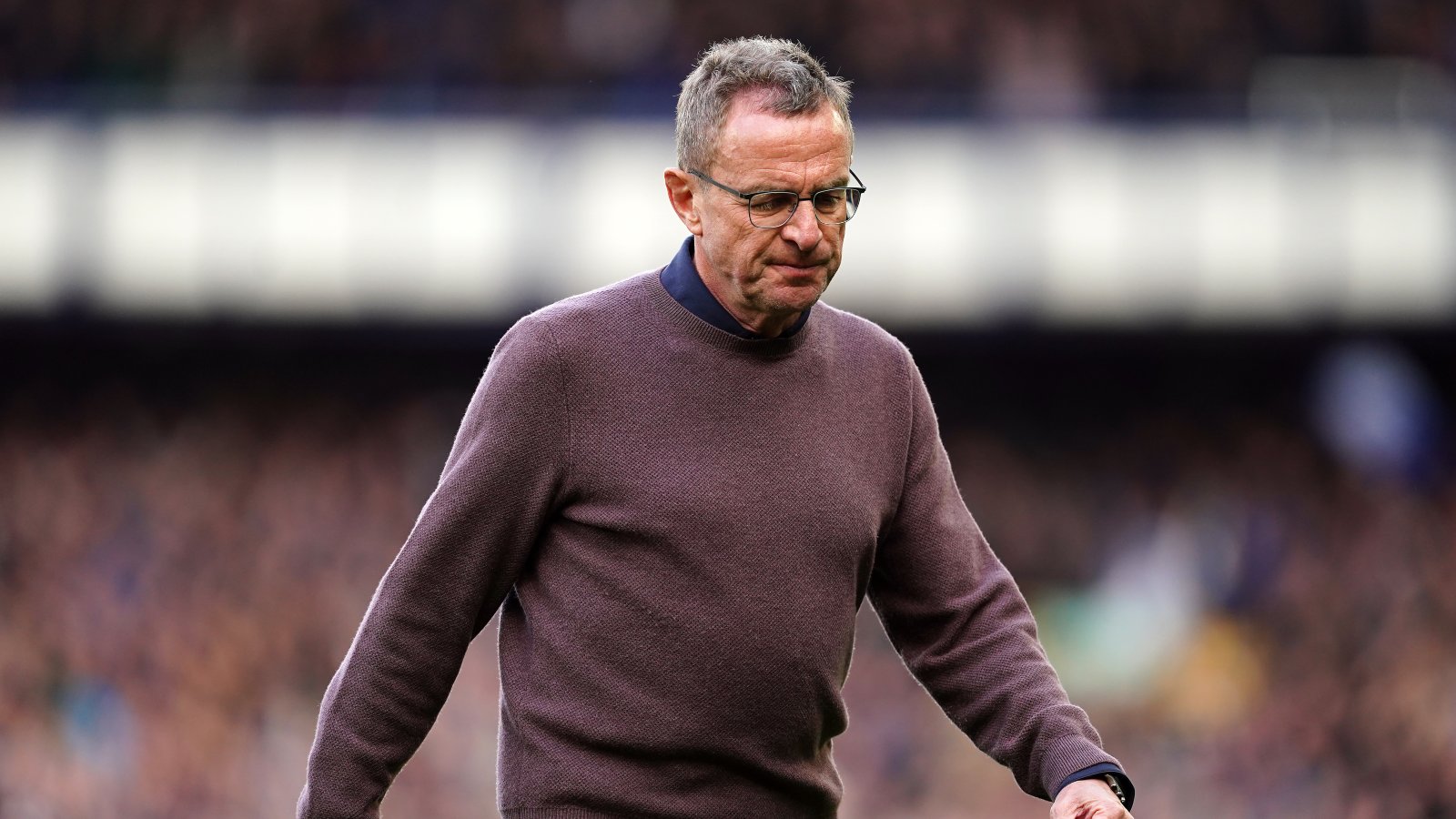 Manchester United boss Ralf Rangnick doesn’t believe the talk of who will be the club’s next manager is affecting his team, despite defeat at Everton.

Anthony Gordon’s deflected first-half strike was the difference between the two sides at Goodison Park.

Early winners: Everton back to f***ing basics and b*llocks

The defeat means it is now just one win in their last seven in all competitions for United amid a lot of talk off the field over the potential appointment of Ajax boss Erik Ten Hag as the clubs next permanent manager.

However, interim boss Rangnick doesn’t believe that is affecting his players.

“I don’t think this should be an excuse. We are Manchester United. We have lots of international players. There shouldn’t be an alibi. There will be a new manager next season. If this is announced now or in 10 days it shouldn’t have an impact.

On the club’s top four hopes, the German conceded: “Difficult. As long as we don’t win our own games it doesn’t make sense to hope for good results from the other teams.

“Fred had some muscular problems on his hip flexor. We already are without McTominay. Without both defensive midfielders it isn’t good for us.”