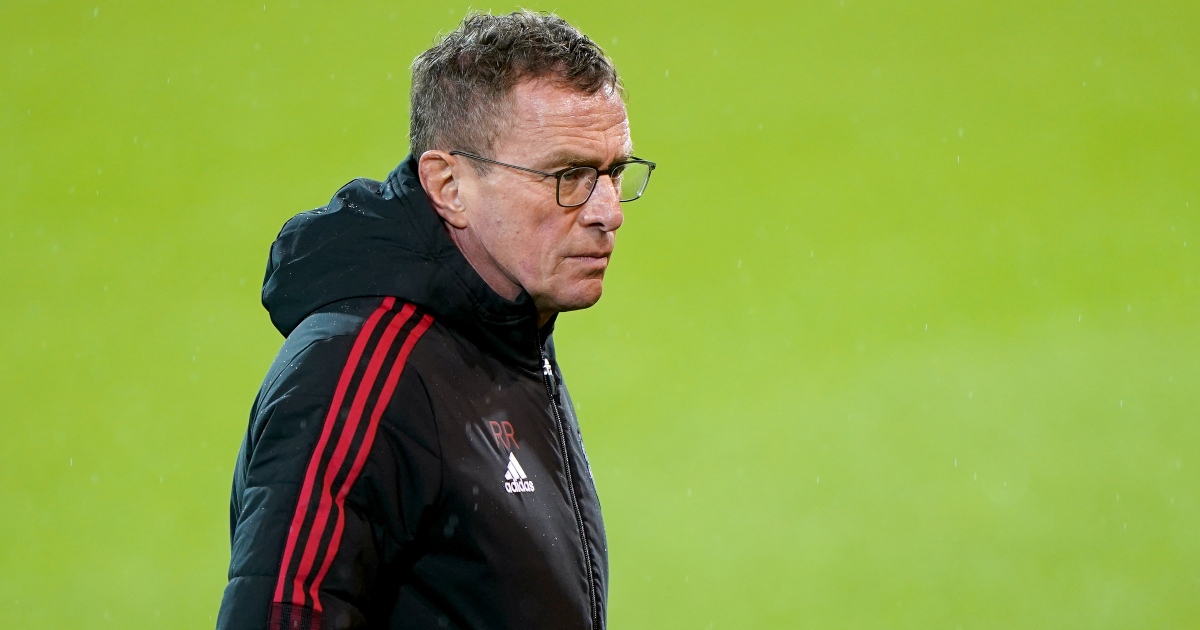 Van de Beek has not started a Premier League game this season and is looking for a move away in January in order to stake a claim for a spot in the Netherlands squad for the World Cup in Qatar.

He is rumoured to be one of many United players unhappy with their situation at United, with Anthony Martial stating his desire to leave and Jesse Lingard also looking for the exit having been kept rather than sold last summer.

The Athletic report that ‘these players have influence over the general mood’ at the Carrington training ground.

And it’s in training that Rangnick, according to sources from The Athletic, has seen all he needs to of Van de Beek.

The German boss believes the midfielder is ‘ill-suited to the rigours of the Premier League’ as he ‘struggles to cover ground’.

United signed Van de Beek for £35million in the summer of 2020, when they also signed Amad Diallo and Facundo Pellistri.

Pellistri is currently on loan at Alaves, while Amad has been told by Rangnick he is not in his plans this season having made just one first-team appearance – the Champions League dead rubber against Young Boys.

The report claims that Solskjaer wanted to spend the £80million outlay on that trio on Jack Grealish at the time and a recruitment source also considered how Manchester City – who ended up signing Grealish – have shown Ferran Torres, Sergio Aguero and David Silva the door in recent years.

Meanwhile, a Sun source claims United are a “complete shambles” and the players are “demoralised”.

“The players have their own cliques, one of which is making the others feel like they need to step up a level when it is the whole team that’s struggling.

“The players are demoralised. There is a belief within one section of the squad that some players get selected, regardless of their displays.

“So everything is a complete shambles.”