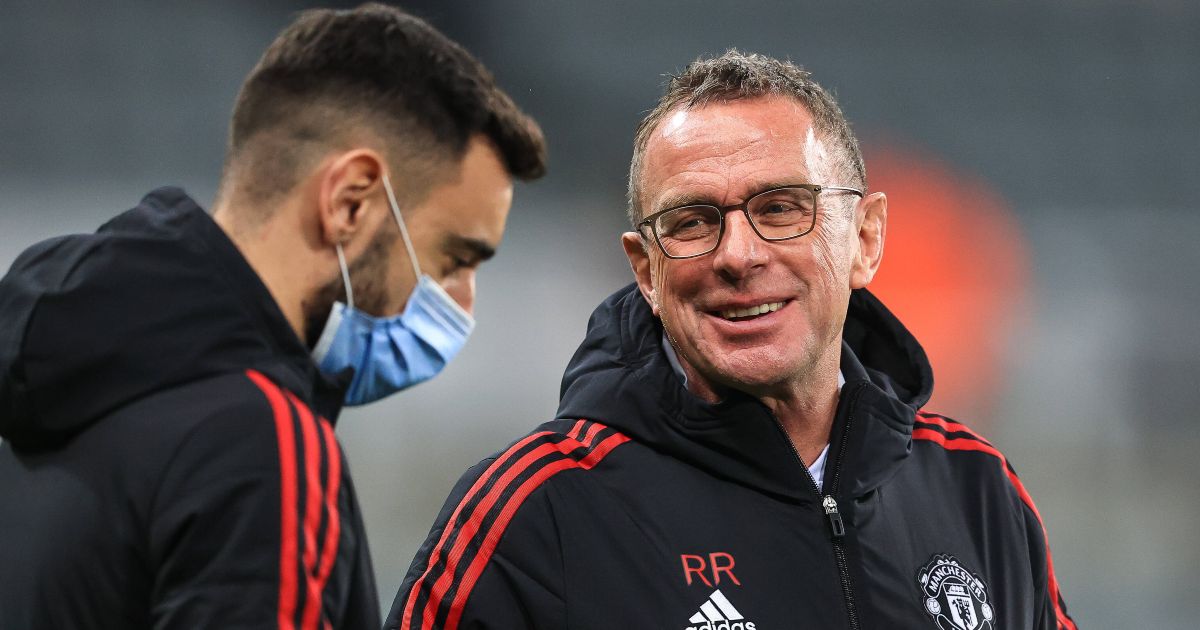 Ralf Rangnick has confirmed that Man Utd midfielder Paul Pogba has returned to training “with the whole group” but was coy over the Frenchman’s future.

The Red Devils’ interim boss insisted earlier this month that the France international could be out until February after suffering from an injury setback.

However, there were pictures of him out on the grass with his fellow Man Utd team-mates yesterday and Rangnick confirmed Pogba was back in training yesterday.

“Paul Pogba had his first day of training with the whole group (on Monday) and in the first training session he showed what kind of an extraordinary player he could be,” Rangnick told reporters ahead of their match against Brentford tomorrow.

“He will not be available for the two games this week but hopefully after the international break – when we have the cup game against Middlesbrough and the away game at Burnley – I think he could be an option.”

Asked for an update on contract negotiations with Pogba, who has reportedly received an offer from Paris St Germain, Rangnick said: “I don’t know.

“I cannot answer because it’s not me dealing with this. I’m not negotiating about future contracts with players.

“But what you could see from his very first day in training (on Monday) is that he’s present – he’s physically present, he’s mentally present.

“What I saw in training (on Monday) was very promising for the future and I’m very much looking forward to having him available in two weeks’ time after the international break.

“I think he will be a serious candidate also for the first 11.”

While Pogba will be unavailable at Brentford, Luke Shaw and Scott McTominay return from suspension and Cristiano Ronaldo and Marcus Rashford should also be available.

“But in the press conference before the Villa game I was also convinced that Cristiano would be available and in the end he wasn’t, the same with Marcus, so we have to wait.

“Right now I think they could both be available.”