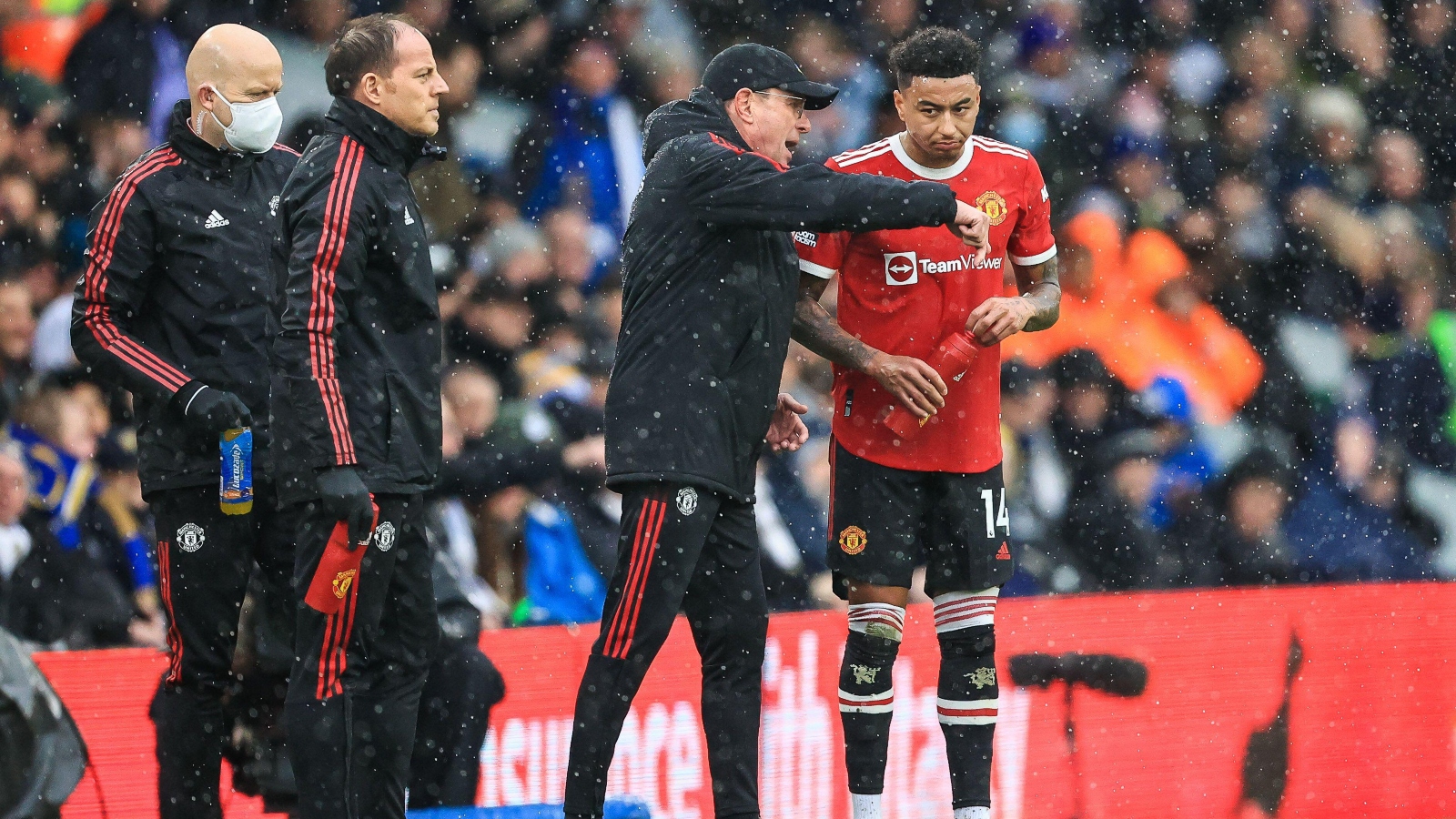 Man Utd boss Ralf Rangnick has explained why he did not bring Jesse Lingard off the bench for a send-off at Old Trafford against Brentford.

Lingard’s brother took to Instagram to accuse the Red Devils of not giving the 29-year-old a proper send-off with his contract set to expire at the end of 2021/22.

Lingard joined the club in 2000 but was not brought off the bench for his last game as a home player at Old Trafford.

“To start with, in the last couple of weeks under my tenure he has played far more games than he used to,” Rangnick explained (quotes via Manchester Evening News). “Number two, on game day against Chelsea he asked me to release him from the game and training the following day for personal family reasons.

“And this was the reason with only three subs I had to take a decision between Edinson Cavani and Jesse Lingard, or the young Alejandro Garnacho, who I would have loved to have brought on and given a chance to play. I took the decision to bring on Edinson.

“Had I not brought on someone might have asked if it’s classless not to bring on Cavani or Alejandro Garnacho. After two subs, you have to take a decision and this will not be to the liking of everybody and this is part of the game.”

On if he is frustrated by social media posts, Rangnick said: “To be honest, I’m not reading a lot, I’ve not had the time in the last six months to read, I’m not on Instagram, I’m not on Facebook, I’m not engaged in those areas.

“My focus has been to develop the team. In those days with social media there is always somebody posting something and it’s important not to take too much notice of that. Unless it is the player himself, then it might be a different story.”

Newcastle United were keen on signing Lingard in January and could go back in for the England international in the summer transfer window.