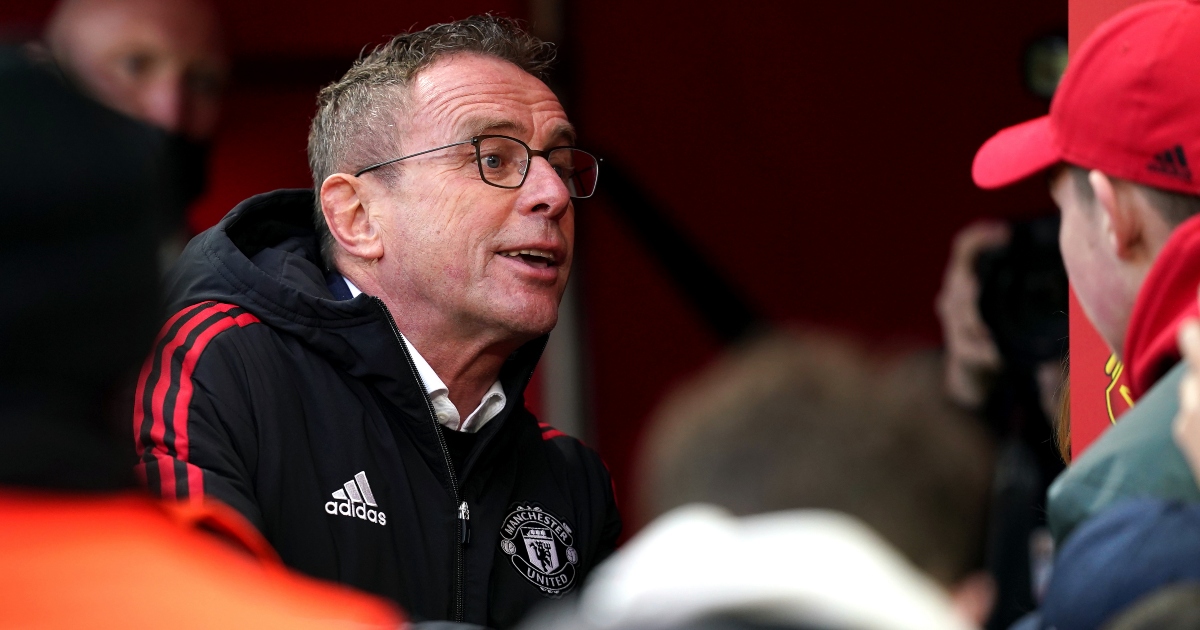 Ralf Rangnick says it’s “too early” to talk about specifics ahead of the January transfer window, but hinted at the possibility of the squad being trimmed.

There are rumours of Rangick wanting to bolster his options in January, with the midfield a reported area of concern for the German.

But United also have a number of players who could be looking for the Old Trafford exit in search of more game time.

And Rangnick admits departures, loan exits in particular, could “make sense” in January.

“We need to make sure that players want to stay here, if they see they are not getting enough game time here it might make sense to speak to players individually and see if a loan deal might make sense, but right now it’s too early.”

Anthony Martial is one of the players looking to leave the club, with his agent confirming the Frenchman wants out in January.

As well as in forward areas, United are also well stocked in the goalkeeping department, and while Rangnick is encouraged by the strength in depth, again said “one or two” could leave the club on loan.

“Both the goalkeepers did well who played, with David De Gea we have a top goalkeeper who is number one,” he added.

“This is a position where we have a minimum three, if not four or five good goalkeepers and we will see what the situation will be like in the winter, there might be one or two of them going on loan somewhere.

“But on the other hand we also have to bear in mind we have three competitions in the next six months and we definitely need three top goalkeepers in order to make up for a player being injured or suspended.”