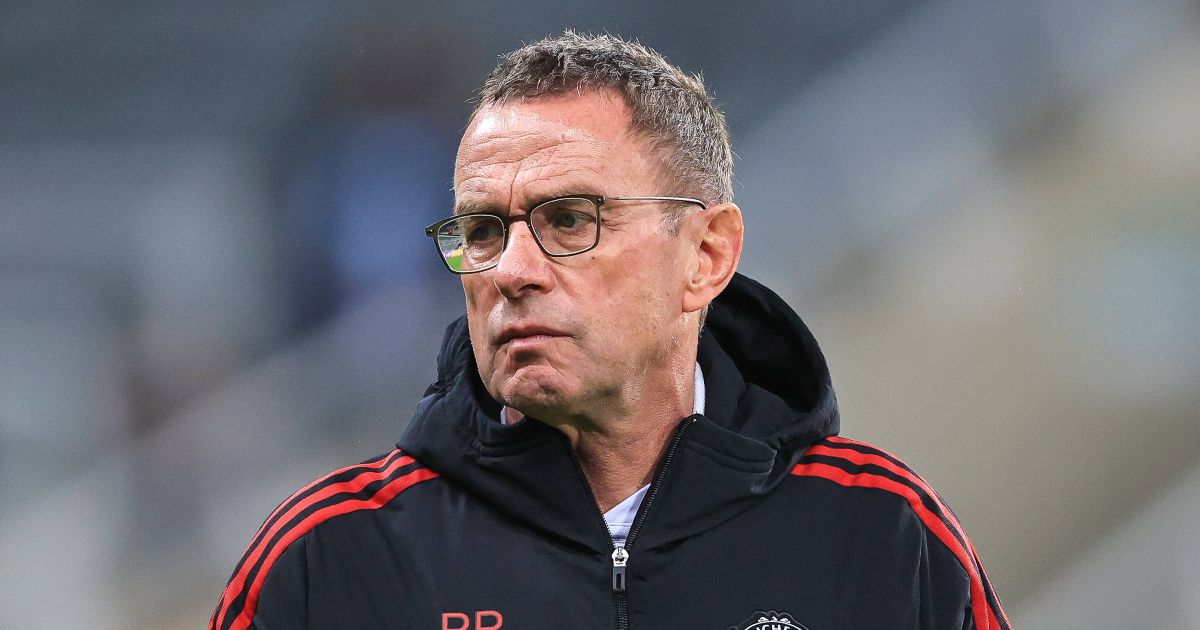 Interim boss Ralf Rangnick doubts he has time to save Man Utd with huge dressing room unrest at the club, according to reports.

The German has got ten points from a possible 15 in his first five Premier League matches but their last few performances have been well below par.

Former Man Utd defender Gary Neville has been critical of the body language in the current Man Utd side with Cristiano Ronaldo and Bruno Fernandes coming into focus.

One report on Wednesday morning claimed that the dressing room at Man Utd had grown into ‘several small cliques’ and that Rangnick was struggling to keep a lid on dressing room unrest.

While another claimed that the dressing room unrest threatened ‘to completely derail’ their season with Rangnick heading for ‘disaster’.

And now the Daily Mail claim Rangnick ‘fears he hasn’t got the time or influence to solve Manchester United’s troubles’ with his job as interim boss ending in May.

Rangnick ‘walked into a toxic environment that rivals even the darkest period under Jose Mourinho’ with ‘half the squad wanting to leave’.

The Man Utd dressing room is currently ‘divided into cliques’ and ‘doubts are already being expressed over his [Rangnick’s] training techniques and the calibre of coaching staff he has brought in.’

Rangnick has ‘identified a selfish element’ the club need to move on but their ‘high salaries are a stumbling block for any transfer or loan deals.’

Meanwhile, former Arsenal defender Martin Keown thinks the Man Utd boss is making a mistake by choosing to pair Ronaldo and Edinson Cavani up front together.

Keown wrote in the Daily Mail: ”Rangnick will be wondering if it is feasible to continue using Cristiano Ronaldo and Edinson Cavani as twin strikers.

“It feels as if he has been trying to accommodate both, but there aren’t many coaches who play with two upfront now. That’s a rarity in the modern game and this pair have a combined age of 70.

“On either side of Ronaldo and Cavani, Rangnick has been using two young and exciting withdrawn wingers but they haven’t been effective enough with or without the ball. Sancho needs to be more direct, and so does Mason Greenwood.”

Keown continued: “I prefer a front three. Ronaldo could act as the single striker for United — he made good runs against Wolves but was ignored by a midfield who rarely looked for the guy who has scored more than 800 goals in his career.

“Regardless of the formation, the players’ decision-making needs to improve, and so must Rangnick’s if United are to grab a Champions League spot.”