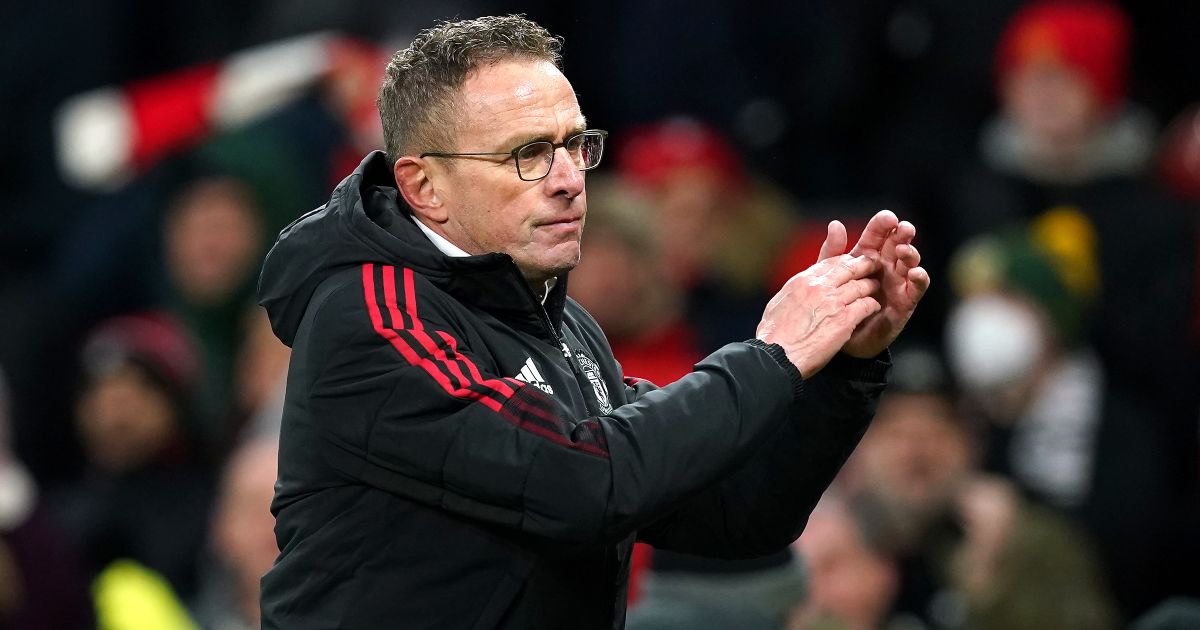 Ralf Rangnick is reportedly closing in on his first new signing as Man Utd boss with Wolves midfielder Ruben Neves at the top of his list.

The German was appointed last month as interim boss until the end of the season before he moves into a consultancy role for two years.

Rangnick has started well since moving to Old Trafford with the Red Devils winning their two Premier League matches 1-0, while they drew 1-1 with Young Boys in the Champions League.

Man Utd will move up to fifth place in the Premier League with a win over Newcastle United tonight at St James’ Park, while the club also have one eye on the January transfer window.

The Athletic claimed last week that Rangnick’s top priority in the transfer window was a ‘tall midfielder’ to replace Nemanja Matic with West Ham’s Declan Rice and Borussia Dortmund’s Jude Bellingham understood to be on their radar.

And the Daily Mirror now insist that Rangnick has ‘narrowed down’ his ‘transfer wishlist’ and was edging towards his first signing.

They mention RB Leipzig’s Amadou Haidara and Monaco’s Aurelien Tchouameni as being on their shortlist of midfielders while bringing us a story from Spanish publication Fichajes.

Wolves midfielder Neves is the latest name on Rangnick’s list with Man Utd on alert after learning of the poor financial situation of their fellow Premier League club.

The report adds that Arsenal, Tottenham, Liverpool and Chelsea are all interested in Neves but Rangnick is understood to have a £100m budget at his disposal.

Ahead of their match with Newcastle tonight, Rangick revealed that everyone was fit apart from France international Paul Pogba, who is continuing his recovery from injury.

“Yes, as you know, we had last week, the last training session on Thursday, on that day we had eight outfield players and three goalkeepers and then we closed down the training ground for four days in order to break the chain,” Rangnick told reporters at his pre-match press conference.

“Today was the third day of training this week, we started on Tuesday, we trained yesterday and today.

“Today we had 25 outfield players. Paul Pogba is the only one missing, everyone else was on board. The development in the last week was extremely positive.”