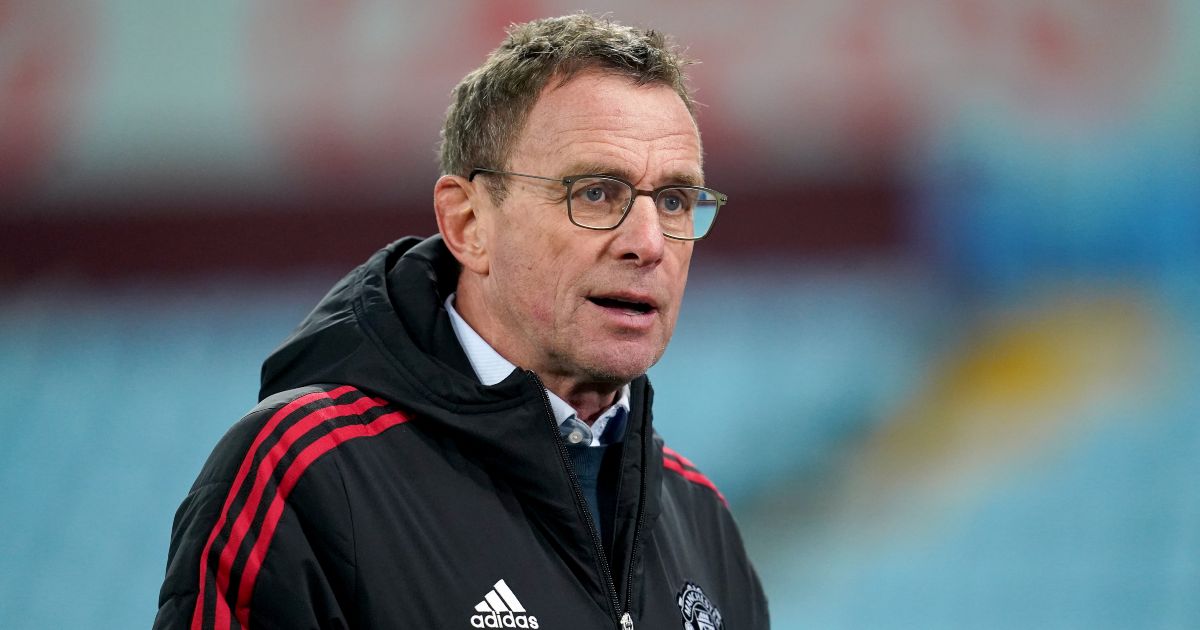 Interim Man Utd boss Ralf Rangnick is starting to doubt how much say he will have when he takes up his two-year consultancy role at the end of the season, according to reports.

Rangnick has been in charge since the end of November and has seen a mixed start during his short time at the helm.

The club have lost just once under the German but the level of performance has been questioned, with some claiming there has been no progress from former boss Ole Gunnar Solskjaer.

The Red Devils threw away a two-goal lead against Aston Villa on Saturday evening with the result meaning they remain in seventh position in the Premier League.

Bruno Fernandes’s brace put the visitors on course for victory at Villa Park, only for Jacob Ramsey to pull one back and substitute Phillipe Coutinho to seal a 2-2 draw.

Rangnick is keen to add to his squad this month as he attempts to finish in the top four and guarantee a place in the Champions League for next season.

Reports have claimed the Man Utd board have failed to sign off a £33m deal for Rangnick’s ‘prime target’ Amadou Haidara with Newcastle now set to win the race for the RB Leipzig midfielder.

And now the Daily Mirror claims that Rangnick ‘will have to rescue Manchester United’s season without going into the transfer market’.

The report adds that Rangnick is ‘frustrated by his club’s reluctance to back him with cash for new players after he made a number of recommendations for the January window’.

When negotiating terms to join Man Utd in November, it is believed Rangnick understood that he would have ‘some scope to make signings’ in January – but that now seems very unlikely.

Sources in Germany have told the Daily Mirror that Rangnick ‘feels he is working with one hand tied behind his back’ and that the former RB Leipzig boss is ‘increasingly concerned about the amount of influence he will wield when he takes up a two-year consultancy role in the summer’.

Rangnick was expected to help Man Utd find a new manager to take them forward in the summer with the German also reviewing the recruitment process at Old Trafford.