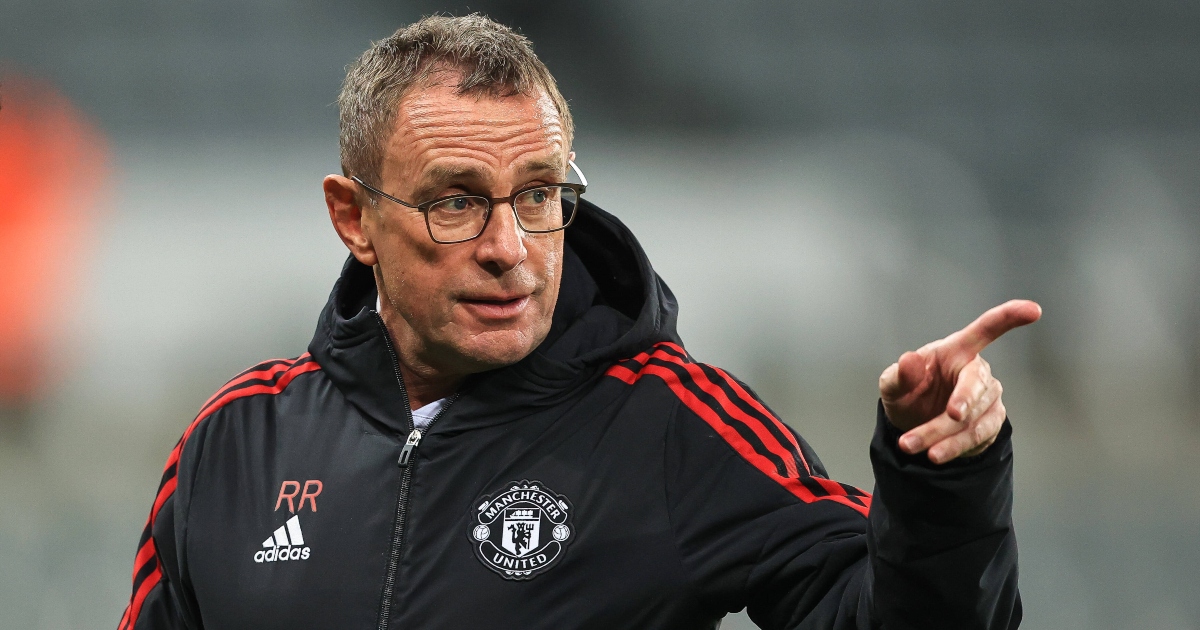 Manchester United manager Ralf Rangnick has admitted he is fully aware that the progress won’t happen overnight at Old Trafford.

Rangnick has been in charge since the end of November and has seen a mixed start during his short time at the helm.

The club have lost just once under the German but the level of performance has been questioned, with some claiming there has been no progress from former boss Ole Gunnar Solskjaer.

Now, Rangnick has admitted that, whilst he has taken a few steps, the club are still a work in progress.

“I was fully aware this cannot happen overnight. It’s a work in progress. I think we have shown we have conceded fewer goals than a couple of weeks ago, it’s also about controlling the game and, obviously, we have taken a few steps but things can still get better and that’s what we have to work on: to find the best possible formation,” said the United boss.

“We are playing every three days and need to make sure we have the best and freshest players on the pitch and this means we might even be able to change formations during the game or one game to another.

“As I said, it’s still a work in progress and there are still quite a few things and space for improvement.

“If you want to control or dominate games you can do it in two ways, one is how you do it when the other team is in possession of the ball, how proactive, how aggressive can you be. At the same time, not being weak on the counter-attack, if you allow them too many spaces from a counter-attack. And the other one is you can gain control when you are in possession of the ball.

“Those areas, I try to work and improve the team and get better. As I said, we’ve taken a few steps, but not as quickly as I would have hoped and wanted it to be.

“As coaches, you’re always never normally patient, you always want to develop teams quicker and faster. But in the last couple of weeks and in the future, it’s all about results, getting the best possible results.”

Rangnick was then asked what he thought of results so far, to which he replied: “As I said, in the first instance, it was about getting results, points. We were all distracted by the defeat to Wolves. It is now about getting results and getting as many points as we can.

“It is about balance. How offensive can we play without conceding too many goals?”