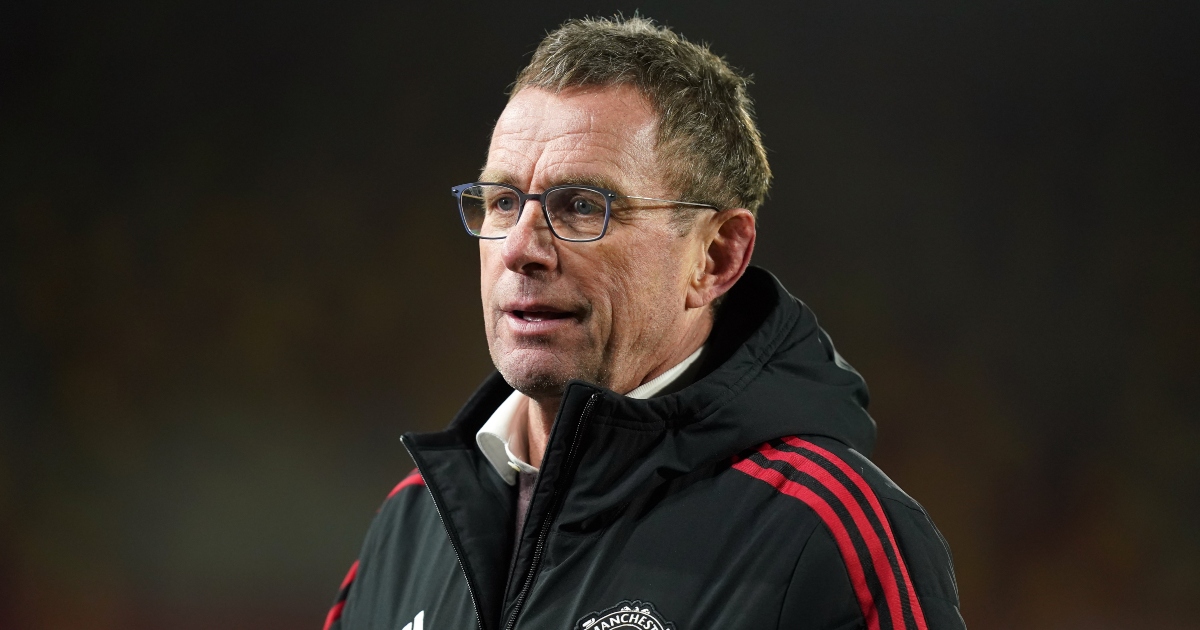 Manchester United manager Ralf Rangnick was happy with his side as they secured the ‘best type of win’ as they left it late to beat West Ham 1-0.

United snatched victory in stoppage time as Marcus Rashford slotted home to send the Red Devils into the top four.

Speaking to Sky Sports after the game, Rangnick said: “If you score in the last second of the game that is the best type of wins, a clean sheet.

“I think in the end we deserved to win. It takes patience to play West Ham. A few moments at the end I wished we would have passed the ball instead of shooting from wherever.

“Bearing in mind we played a few days ago against Brentford, the team looked physically good. We knew it would take patience, the way we played defensively, won balls back, I was really happy with that.

“I am very pleased the three subs prepared the goal and scored the goal. All were involved. That makes it even more important. I would love to have those two points from Villa Park, but with 17 points now we are pleased.”

Speaking to BBC Match of the Day, match-winner Rashford added: “It is obviously an important goal and such late on is an amazing feeling.

“We have to use that winning feeling. We could have been a bit better on the ball but managed to get the goal we needed and can use that as motivation now.

“When there are two teams so close together in the table, both are fighting to be in front of one another and today we managed to get there. We are sitting fourth now, some teams have games to play, but it is nice to be in that position.

“The wins are what’s important, when you get wins, consecutive wins, you can really start to go on a run and that is what gives everyone confidence.

“We have had a difficult week, there have been many games in one week, so the break is needed. It’ll be good for us.”