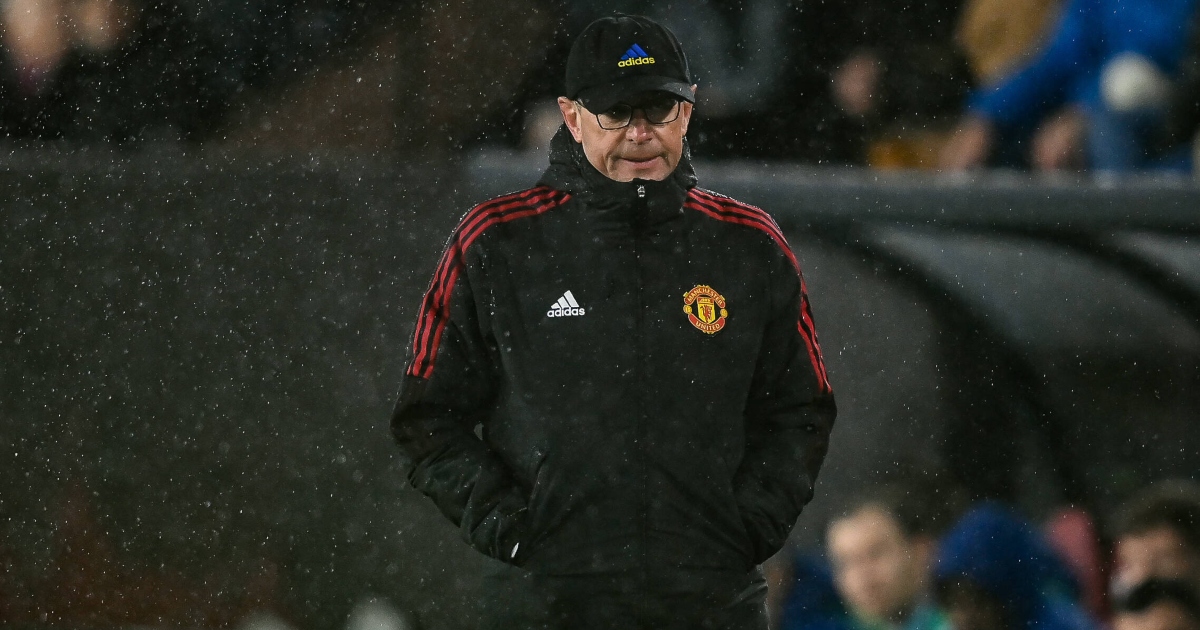 Manchester United interim manager Ralf Rangnick is pleased with how his side has developed this season despite a series of poor results.

United could only manage a draw at the Premier League’s bottom side Burnley on Tuesday after crashing out of the FA Cup against Championship outfit Middlesbrough.

Is this the most ‘shocking’ Man United manager candidate yet?

Despite the poor run of results and performances, Rangnick believes the team has developed under his leadership.

“I can only tell you what I have experienced in the last few weeks. I’d even say they were good had we won at Burnley. It is about improving in terms of performance and results.

“The team has developed, even the players realise themselves how much they have improved, especially in control of the game.”

The Red Devils will aim to get back to winning ways when they take on Southampton on Saturday but the Saints are coming into the fixture on the back of a superb comeback win at Tottenham.

Speaking to the media ahead of the game, Rangnick admitted it will be a ‘difficult’ task to get the three points on offer but is confident his side are up for the challenge.

“We are fully aware this will be a difficult one. Obviously, I watched the game at Spurs during the week and they really deserved to win. They tactically played at a very high level and this will be a challenge for us, but I’m sure we’ll be up for that challenge.

“We’ll prepare the game today for tomorrow’s game and we have to win the game, that’s for sure. We did well in both first-halves against Middlesbrough and Burnley, but we need top performances from the whole game against Southampton and Brighton.”

The fixture will see Rangnick reunite with Saints boss Ralph Hasenhuttl having previously worked together at RB Leipzig.

“I’ve known him for six or seven years, he has developed in those years, it’s obvious, you can see what he did at Southampton. He did a great job at Leipzig, finishing second first year and sixth in the second; what he’s achieved at Southampton is great, just great.

“He is doing a great job but doesn’t help we need the three points tomorrow and this is what it’s all about.”