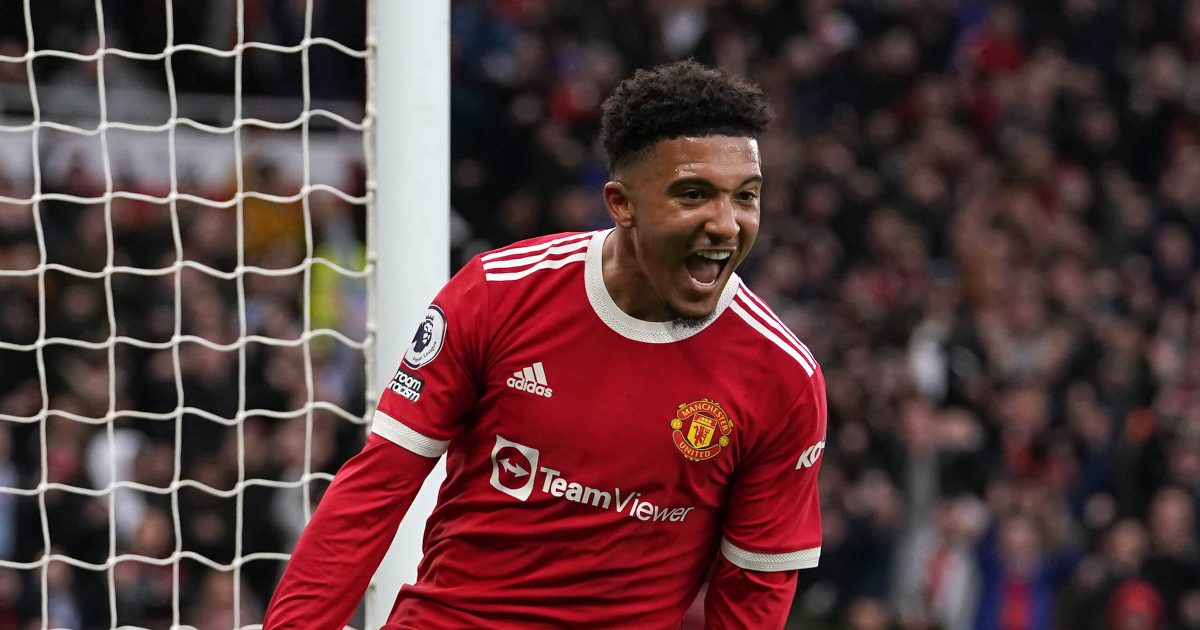 Sancho completed his long-awaited move to Man United last year. He joined the Red Devils from Borussia Dortmund for around £73m.

The Englishman struggled at the start of this season but he has been one of United’s standout players in recent weeks. He has scored two goals in their last three games.

Rashford meanwhile missed the first couple months of the 2021/22 campaign as he underwent shoulder surgery.

The 24-year-old has been out of form this term as Man Utd have struggled in the Premier League. They currently sit fifth in the table.

Rangnick is hoping that Rashford will follow in Sancho’s footsteps in the next few weeks:

“I have known Jadon since he was 17. I tried to convince him to join us at Leipzig, in the end, he went to Dortmund,” Rangnick told reporters (via Manchester Evening News).

“He became one of the best wingers in Germany, if not Europe.

“The step to a club like Manchester United was a big one for a 21-year-old. The style of football we want to play fits his assets perfectly. I give him my support. I tell him to have a go, the same happened with other players.

“The same will hopefully happen with players like Marcus Rashford in the next couple of weeks.”

Man Utd host Brighton on Tuesday evening. Rangnick has revealed that Fred is available for this game:

“Fred will be available again and will also be part of the group for tomorrow. Edinson [Cavani] is still out, the same with Nemanja [Matic].

“Alex [Telles] is back again in the squad – he was already part of the group for the Southampton game – and he will also be available.”

Rangnick has also recognised that his team have been “giving away goals too easily”:

“The first halves in the last couple of weeks have been really good — we didn’t concede a single goal,” Rangnick told reporters.

“The next step is to stay focused; physically, mentally, and tactically. We have given away goals too easily.

“The situation is pretty clear. In 11 of 13 games since I took over, we have scored first, but not won them all.

“The last three games were very sad that we didn’t win them. The players are getting ideas across the pitch.

“We need to do it for an entire game, this is the next step we have to take.”