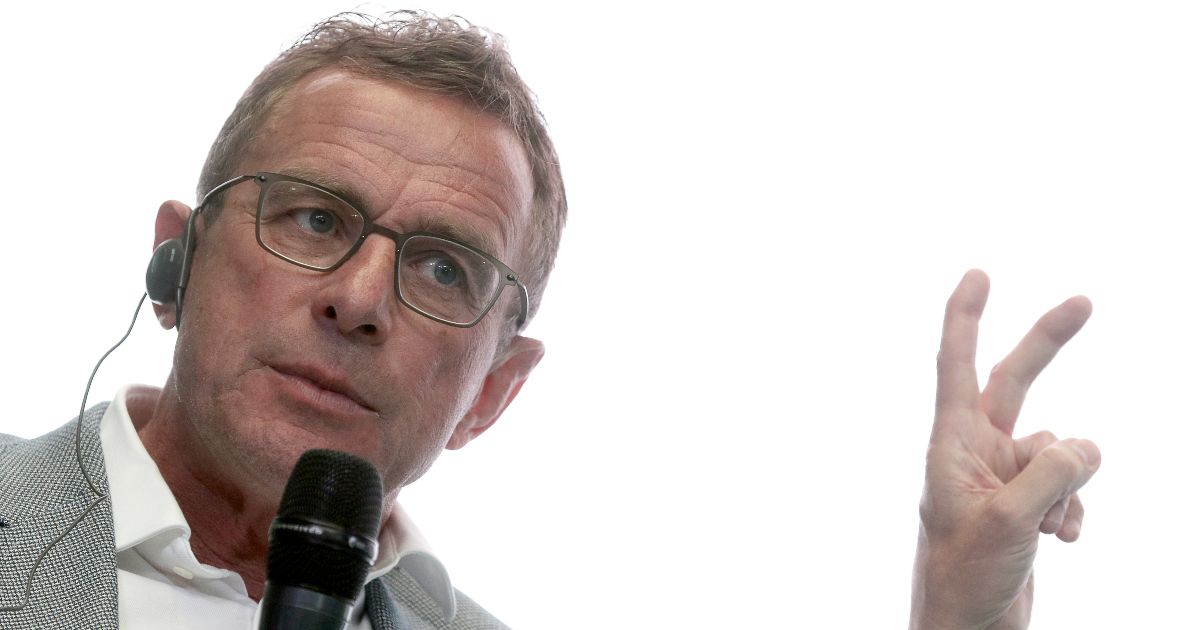 Former Lokomotiv Moscow president Nikolai Naumov claims Ralf Rangnick is a “merchant” who is chasing the next big pay day amid reports he is set to take over at Man Utd.

A report yesterday claimed that the former RB Leipzig manager had agreed a deal with the Red Devils to become their interim manager until the end of the season.

It is understood that Man Utd will then line up a new permanent boss to take over in the summer with Mauricio Pochettino favourite.

Rangnick is currently head of sports and development at Russian club Lokomotiv Moscow and brings a wealth of experience having been in management since 1983.

And Naumov has claimed that Rangnick is only bothered about his bank balance and described the German as a “merchant”.

“It’s not about Manchester. For Rangnick, this is no escape, betrayal, or disgrace. Rangnick is a merchant,” Naumov told Match TV (via Sport Witness).

“He absolutely does not care about football, because he only does business around him. And the more countries, leagues and football clubs he covers, the more he will earn. He’s absolutely indifferent to Lokomotiv. He did not come here to raise football, but to earn money.

“Now he was offered money elsewhere, and he and his company will go to United. When he’s offered to work in Africa, he will go to earn money there, leaving his deputy at Manchester United. Clean business.”

Naumov added: “I will never believe that Manchester United will let him enter the club as a whole agency. As a coach – yes, he is an experienced specialist, it can be. I doubt that even as a consultant he will have the opportunity to do his own ‘buy and sell’. We’ll see what will happen to Rangnick in six months.”

Despite the noise surrounding the possible incoming interim boss, Man Utd caretaker manager Michael Carrick is just concentrating on the Chelsea match at the weekend.

“My future is this next two or three days. That’s as far as I am prepared to look,” Carrick told Sky Sports.

“That’s the right way to go about it. Football is that kind of business that you never know what is round the corner at the best of times.

“All my energy and my mind at the moment is on Sunday. I control what I can control. Everything else is not for me to worry about and get involved with because I need to win a game of football and that is what I am looking forward to doing.”