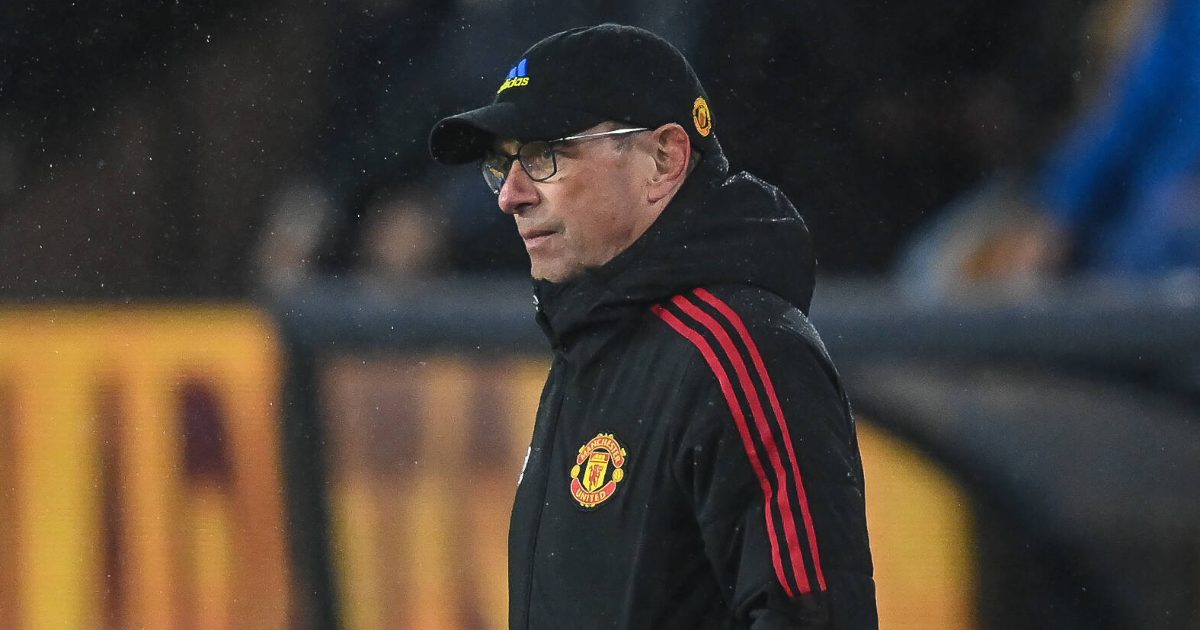 Ralf Rangnick has suggested that he knows what is needed to improve Manchester United as he has looked ahead to this summer.

The German has been Man Utd’s interim boss since the start of December. A plan is in place for him to take up a consultancy role this summer.

United will look to appoint a permanent manager before next season and they have been linked with Mauricio Pochettino and Erik ten Hag.

Under Rangnick, the club’s form has declined in recent weeks as they have won just two of their last six games in the Premier League.

Man Utd have dropped points in their last two games and they face Brighton & Hove Albion on Tuesday night.

Ahead of that game, Rangnick has recognised that his team have been “giving away goals too easily”:

“The first halves in the last couple of weeks have been really good — we didn’t concede a single goal,” Rangnick told reporters (via Manchester Evening News).

“The next step is to stay focused; physically, mentally, and tactically. We have given away goals too easily.

“The situation is pretty clear. In 11 of 13 games since I took over, we have scored first, but not won them all.

“The last three games were very sad that we didn’t win them. The players are getting ideas across the pitch.

“We need to do it for an entire game, this is the next step we have to take.”

Rangnick is hoping that Sascha Lense (football psychologist) will improve his side’s mentality:

“What I said, it is pretty obvious, if you are 1-0 up and in three consecutive games concede, this also affects the mind of the players.

“It is obvious, they are still human beings, it is normal. There are two things. One, it is to be more effective to kill the games off. Even if this does not happen we need to stick to the gameplan and stay tactically solid.

“This is what I mean about taking the next step.”

Rangnick went onto suggest that he “knows what it takes” to improve Man Utd:

“Right now, this is exactly what Manchester United needs and wants: to finish fourth in the league. I think this is the highest possible achievement we can get (domestically).

“Next season, after being here now for ten or eleven weeks, of course, I know what it takes for next season but it’s not the time now to discuss this with anyone, my full focus is on tomorrow, then Sunday, Wednesday and the next couple of weeks.

“My full focus is on the current squad, getting the best out of this season and then, after that, it’s time to speak about the next steps for next season and the next couple of years.”