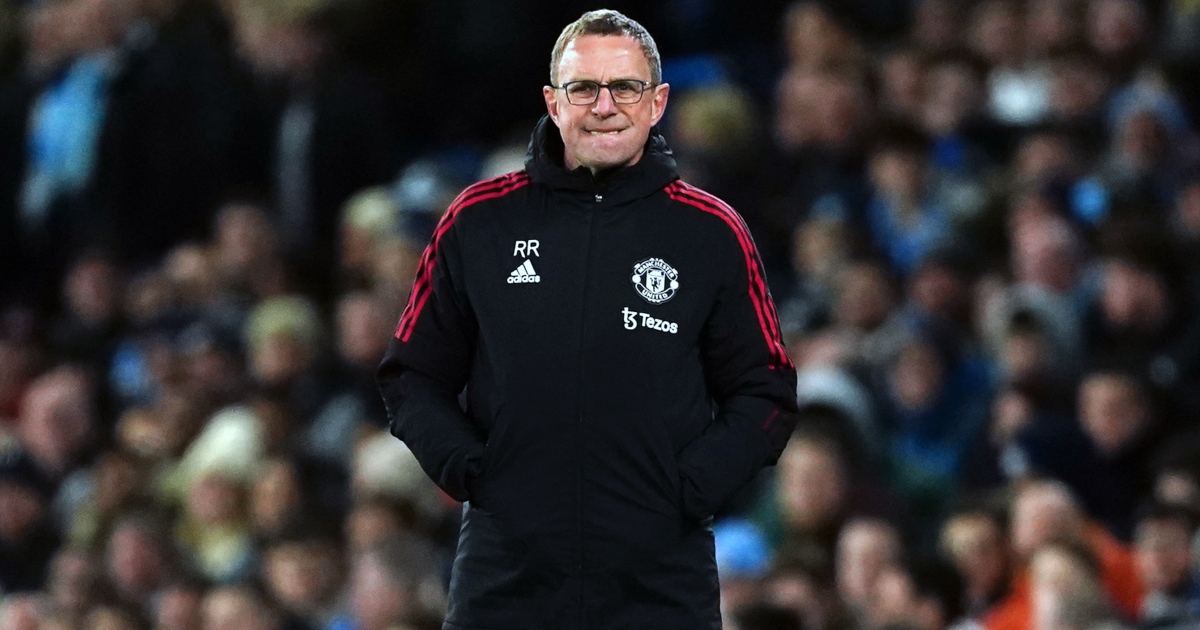 The Red Devils were beaten 4-1 by their city rivals despite putting in a solid first-half display.

Rangnick told Sky Sports (via BBC): “I think we played a good, if not decent first half. We were competitive. Difficult to concede an early goal. We came back, scored a brilliant goal ourselves then conceded another on the counter. It was a very difficult game against one of the best teams in the world. We conceded a fourth in the last minute of the game. It is a difficult game that shows we have a long way to go to close that gap.

“It was working. For us it was clear if we want a chance to win the game we have to do a lot of running. You have to be in attacking and hunting mode and we did that in the first half. The third goal killed us off in the end.

“It’s difficult, if we attack them very high there is a lot of negative running you need to do. The third goal is a brilliantly taken corner and it is almost impossible to defend that. The second half they were the better team and they showed the quality they have. We struggled especially after they scored the third one.”

Cristiano Ronaldo and Edinson Cavani were both absent and Rangnick is unsure when both will return.

He said: “I don’t know. I was hoping to have them available for this game. We have two important games coming up against Spurs and Atletico and we have to put our full focus on that.”

On if the game showed the gap between Man Utd and City, the German responded: “In the second half it did but the first half was a competitive game. Everyone knows how good they are. They are one of the top teams in the world and there is a gap between the two teams.

“We are fully aware we need to win games. This is one of the most difficult. It is accepting they were the better team today. But we look ahead to the next games and we need to win the next two home games – they are essential to us.”