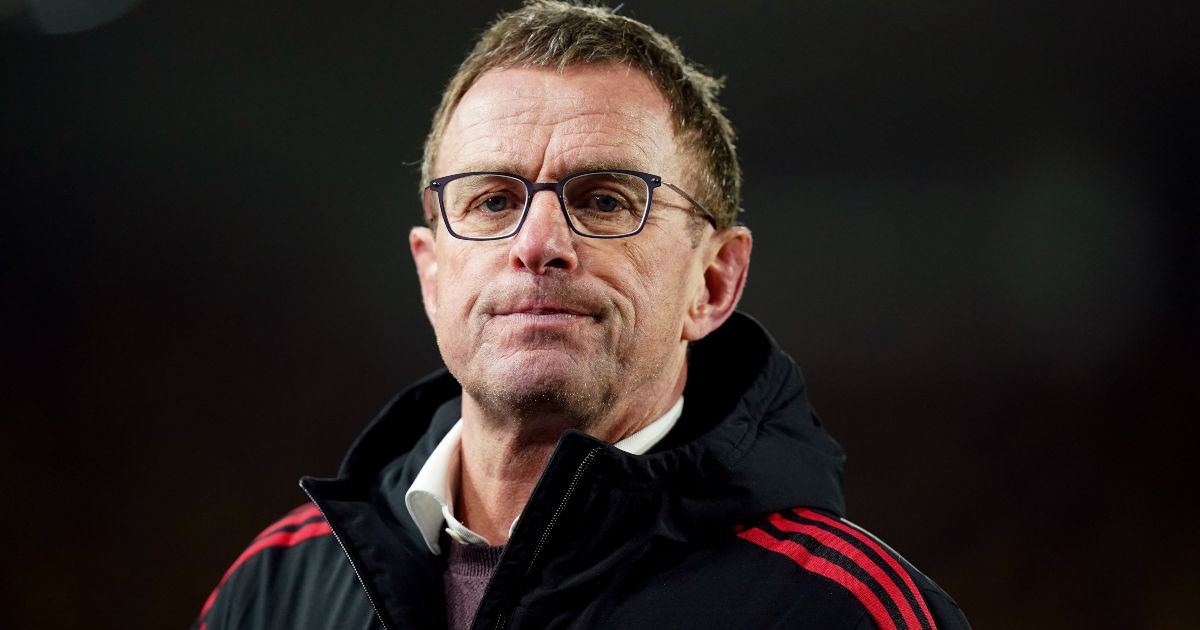 Ralf Rangnick thinks Man Utd need to improve on how they play with the ball after their 1-0 win over West Ham on Saturday.

The top-four rivals looked set to play out a drab goalless draw on Saturday afternoon as former United boss David Moyes’ well-drilled side produced a solid performance at Old Trafford.

West Ham had already won there this season in the Carabao Cup but this time United emerged victorious as Rangnick threw caution to the wind, bringing on Anthony Martial, Edinson Cavani and Rashford.

All three were involved in the third and final minute of stoppage time, with the latter turning home in front of the Stretford End to seal a 1-0 win that rocked Old Trafford to its foundations.

However, Rangnick still wants to see his side play better when in possession of the ball. When asked if that was the most controlled display during his time as coach, Rangnick told MUTV: “Well defensively I would say yes, because from normal play we didn’t allow them too many chances.

“And as I said, it was not easy against them, they are a very physical team.

“I also enjoyed the other wins, also the win at Brentford, which was as important as the win today, but this was an extremely emotional game,” Rangnick added.

“An extremely emotional moment if you score in the last second of the game, knowing that there is no time anymore for the other team to reply.

“It was extremely emotional, I can only say thank you to the red army. The way that they supported the team all through the game – they pushed us and carried us through the game. It was amazing.

“Since I have arrived, in home games it was by far the best atmosphere in the stadium.”