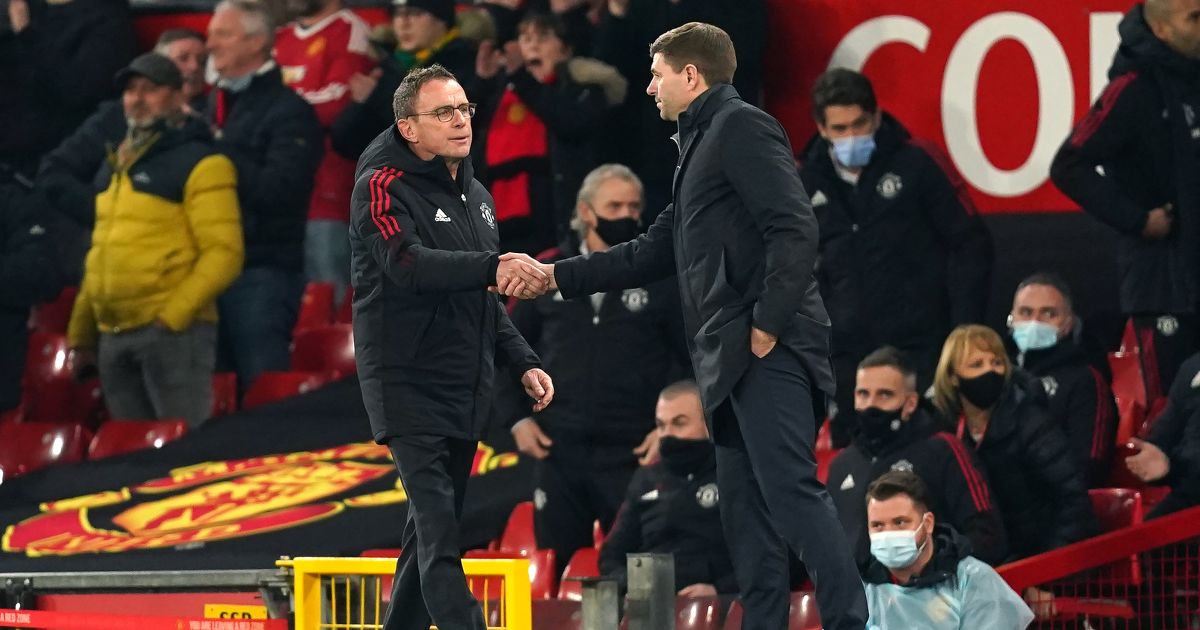 Ralf Rangnick says he “wouldn’t be surprised” if Scott McTominay is the new Man Utd captain in a “couple of years”.

Harry Maguire is the current captain at Man Utd but he has come in for a lot of criticism in recent weeks over his poor performances and leadership.

McTominay scored the winning goal as the Red Devils beat Aston Villa 1-0 on Monday night to progress to the fourth round of the FA Cup, leaving Rangnick to hail the Scotland international as a potential future captain.

“He is an academy boy, his energy is amazing,” Rangnick told reporters. “He now also starts scoring goals and also with some leadership skills.

“I wouldn’t be surprised if in a couple of years he would be the captain of this team.”

Man Utd did have chances to put them game to bed earlier in the match but Villa were frustrated as they had two second-half goals chalked off.

“I think we showed a reaction after the Wolves game, that is what everyone expected from us,” Rangnick added.

“We knew it would be very difficult against Villa. In the first half I thought we did well. It could have been 3-2 or 4-3 to us at half time.

“In the second half we were on the counter attack and we could have made more of those situations. We took the wrong decisions at times but when we changed to a diamond in midfield we had more control.

“In the last 20 minutes we had more control. We fought well as a team together when it was important. In the end it was a good win. That was our goal, to proceed to the next round.”

Rangnick continued: “We knew from the beginning that it will be a challenging game for us against a very flexible Villa side with their rotations that they’re doing during the game all the time between their full-backs and their (number) eights.

“I think we saw quite a few pros today. I think we were better, we had a better structure.

“We also had good energy in the team, we moved the ball, in the first half especially, good within our team, with quite a few good diagonal balls.

“But, as you said quite rightly, we’re still struggling in the centre of the pitch. That’s why Villa also had their moments where they could have scored.”