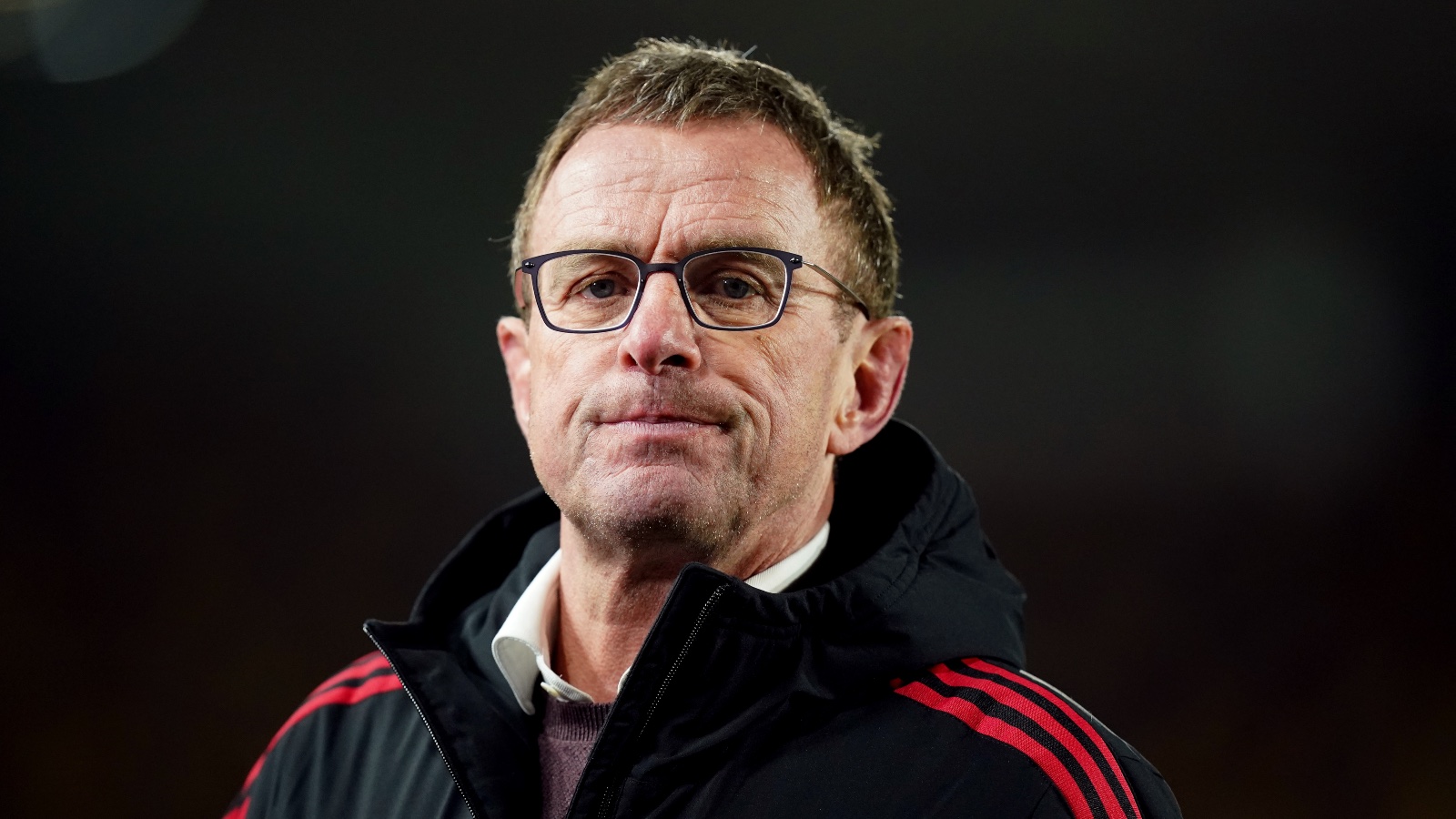 Ralf Rangnick has rubbished claims he has compiled a ‘dossier of shame’ on the Manchester United squad for incoming manager Erik ten Hag.

Interim boss Rangnick will hand the United reins to Ten Hag at the end of this season having struggled to turn the club’s fortunes around following the dismissal of Ole Gunnar Solskjaer in November.

And the Daily Mirror claimed on Sunday that Rangnick – who will move into a consultancy role once the season has finished – ‘will present incoming boss’ Ten Hag a ‘shocking dossier of shame’ on every Man Utd player.

It was described as a ‘brutal no holds barred’ rundown of every first-team player with Rangnick privately calling the squad ‘selfish, over-inflated, lacking quality and too powerful’.

When asked to comment on the report, Rangnick told Sky Sports: “This is completely false, completely untrue. The board has never asked me to prepare a dossier, neither for the board nor for Erik.

“It’s obvious that the players are, in moments like this, looking for reasons why the results haven’t been as good as they were.

“I’ve been talking to the board quite regularly and obviously we were also exchanging our impressions of the current situation. For me it’s important, together with Erik, together with the scouting department, we can build a new squad, a new group of players with quality and mentality that Erik, together with his coaching staff, will develop and lead this club into a range where supporters will want to see Manchester United.”

But Rangnick does believe it’s important that he shares his thoughts on the United squad with Ten Hag.

Rangnick added: “I’m definitely looking forward to that. I definitely think it would make sense.

“Erik is the manager next season and if he would like to get my opinion or hear something about how I assess the current situation, I’m more than happy to speak with him.”