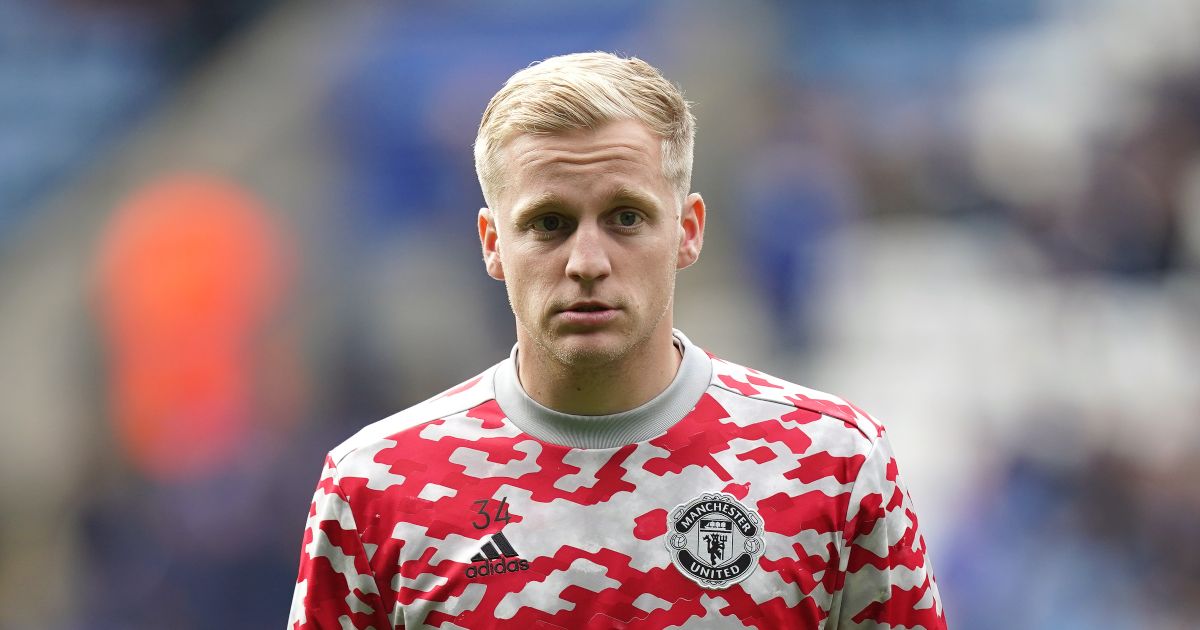 Ralf Rangnick has revealed he has held talks with Donny Van de Beek at Manchester United over his future at the club.

Van de Beek is yet to start a Premier League game this season and has featured for just six minutes under Rangnick in the competition.

The Dutchman has been consistently linked with a move away from Old Trafford, with rumours of a loan in January.

But Rangnick says he wants to keep the midfielder until the end of the season at least and insists he will get a chance to shine.

“Well, just work hard,” Rangnick said when asked about how the Holland international can get into his side. “So far as I have got to know him he’s got a top mentality, he works hard in every training session.

“I also had a longer conversation with him last week about that and, again, of course it’s difficult for him right now because he also wants to play for the Dutch national team.

“He wants to qualify for himself and play in the World Cup in Qatar and in order to do that he needs to get game time here.

“But I still believe that we should keep him, that he should stay here, definitely until the end of this season and try to get as much game time as he possibly can.”

Rangnick also confirmed that Edinson Cavani will stay at the club but concedes Anthony Martial will be allowed to leave if the right offer comes in.

The France international has expressed his desire to leave United and Rangnick has left the wantaway forward out of recent squads.

“He made it very clear that he wants to leave and, in a way, I can understand his wish to leave and to try to play more regularly somewhere else,” Rangnick said.

“But, again, it’s a question not only of what he wants to do but it’s also a question of which kind of clubs are interested in him and do they meet the demands of the club, so we have to wait and see.

“He is not injured currently so I decided to go for this group of players that were in the squad (against Burnley), so it had nothing to do with injuries.”