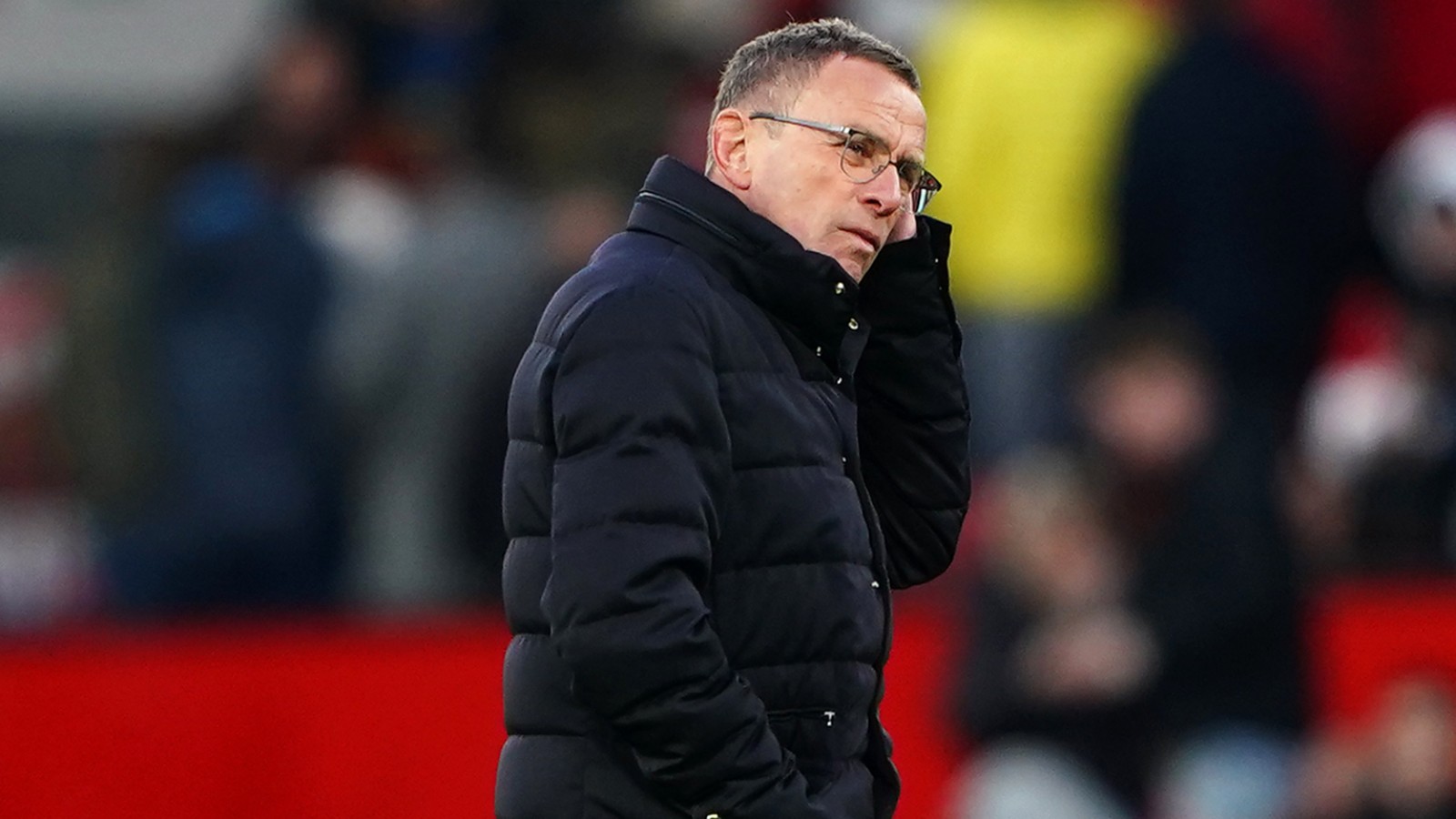 Ralf Rangnick has singled out Victor Lindelof for ignoring a “blacklisted” tactic in Manchester United’s defeat to Liverpool.

United were spanked 4-0 by Liverpool on Tuesday to all-but end their hopes of finishing in the Champions League qualification spots this season.

The players have been roundly criticised for their display and Rangnick again spouted some home truths after the game, claiming they may need as many as ten new players in the summer.

And the German boss also took aim at Lindelof for playing a pass in the build-up to the third goal that he had “blacklisted” before the game.

Lindelof’s pass into the feet of Anthony Elanga was intercepted by Andrew Robertson, sparking a counter-attack ending in Sadio Mane’s fine finish.

“Had we scored a goal that might have changed the game but we didn’t. We had our moments in and around the box but couldn’t finish any of those moments,” Rangnick explained to MUTV. “And the third goal again was just a pressing invitation to play a 10 or 12-yard short pass into Anthony Elanga – it doesn’t make sense!

“Everybody knows that Anthony is a player for [playing] a ball in behind their backline but not into his feet. They were just waiting for that kind of ball, quite similar to the goal that we conceded at Everton, and six seconds later the ball was in our net.”

He reiterated his frustrations in a second interview, adding: “The way that we prepared, I have to say, the third goal was exactly the kind of ball that was on the blacklist of things that we shouldn’t do against Liverpool.

“A 12-yard pass into Anthony Elanga – who is not a player for that kind of ball – they are just waiting for those kind of balls Liverpool and then we conceded the third one. We played exactly the kind of ball before the third goal that we didn’t want to play, a 15-yard ball into their pressing zone, and with the fourth goal it was similar.”