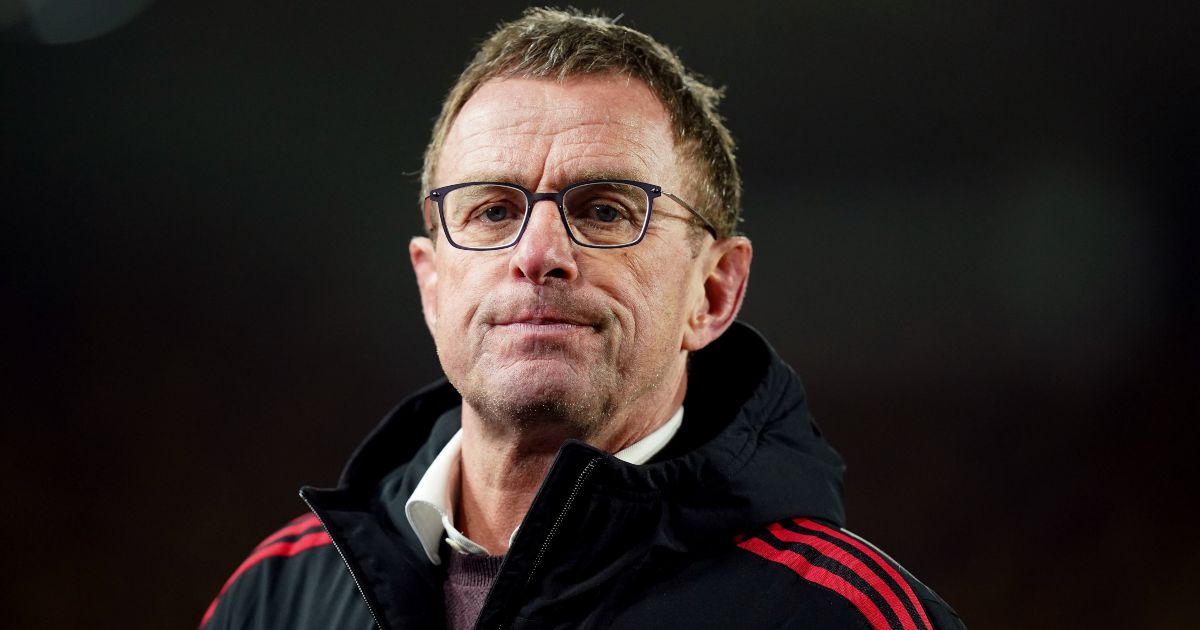 Ralf Rangnick confirmed that Jesse Lingard will leave Man Utd in the summer during a conversation with a fan on TikTok, according to reports.

The 29-year-old is yet to start a Premier League fixture this season under Ole Gunnar Solskjaer or his successor Rangnick and the winger is looking for a way out in January.

Lingard has made 14 appearances in all competitions this term but his two starts have come in the Champions League and League Cup.

A report last week claimed that Newcastle had made a loan approach to Man Utd as they look bring Lingard in on a temporary basis.

However, various outlets today have insisted that any loan deal is now on the brink of collapse with Man Utd asking for a £12m bonus if Newcastle stay up this season.

Lingard could now be stuck at Old Trafford until the end of the season despite becoming ‘frustrated’ at his situation.

And now Rangnick has bizarrely confirmed that Lingard will be leaving Man Utd at the end of the season during a discussion with a fan on social media platform TikTok.

Man Utd fan @phezthered pleaded with Rangnick for “my favourite player’ to stay at Old Trafford as he “has got United in his head”.

The German, who was signing an autograph for the fan, looked up and said that “he will leave in the summer”.

Whelan told Football Insider: “They should jump at the chance to get him off the books. He‘s another player who came in with an incredible amount of hype around him.

“But he’s not been the player they expected him to be, like many players who arrive at Old Trafford. He can be an incredible defender, but far too often there are too many mistakes in his game.

“He’s just too inconsistent, and that isn’t what they need. He’s played under many managers, and they’ve decided to bring Harry Maguire, Raphael Varane, and Victor Lindelof all in ahead of him.

“He’s not going to get in that team it’s best for Man United to get rid. He’ll want to play some first-team football again.”