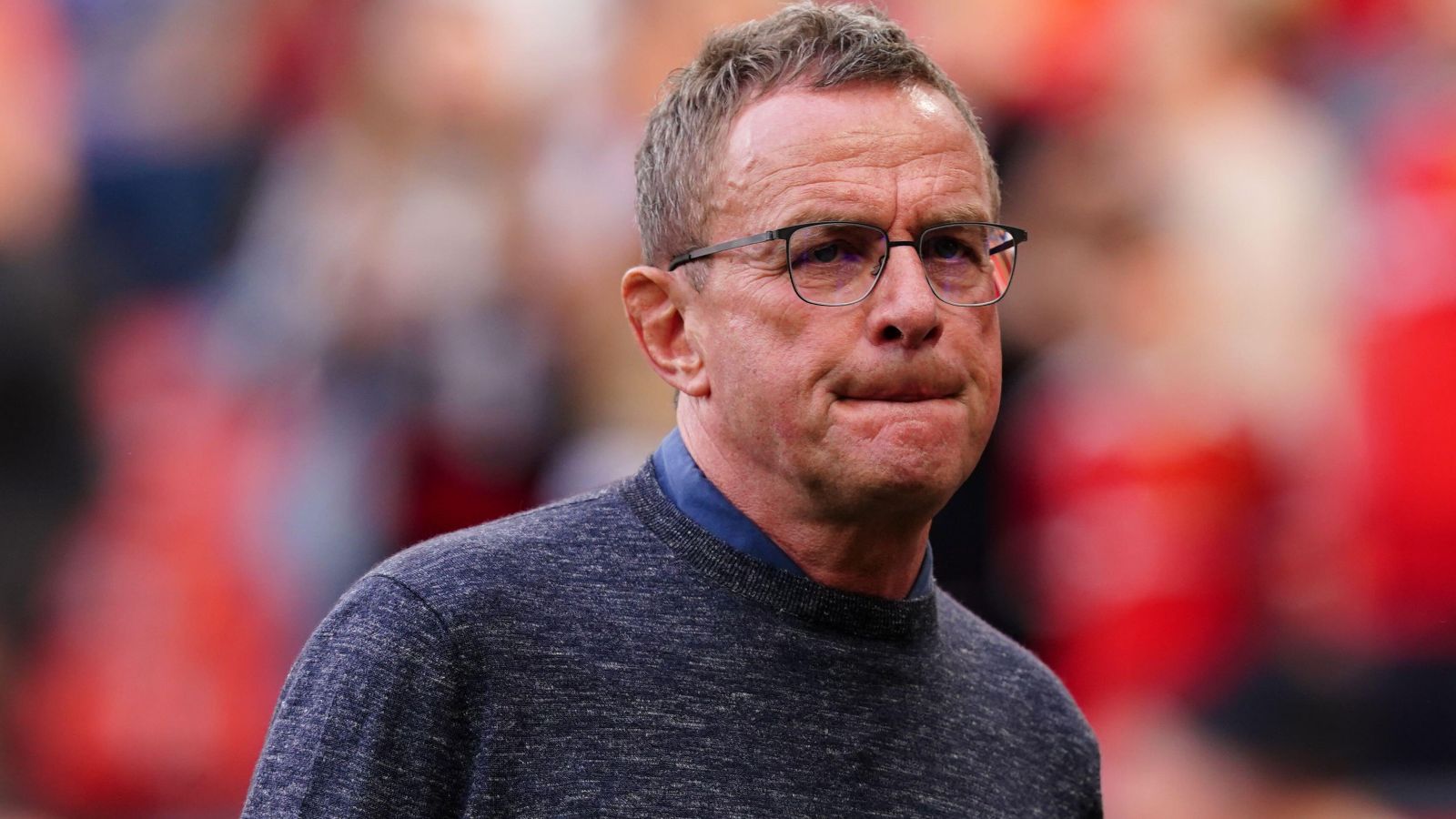 Ralf Rangnick has explained how he would choose the Manchester United captain if he was in charge next season.

Current skipper Harry Maguire has been criticised for much of this season and with his place in the team less than secure there have been widespread calls for him to relinquish the captaincy.

Erik ten Hag will take the United helm in the summer and will make the decision as to who will lead the team next season, but Rangnick has offered the Dutch boss a way of making the call.

“I understand your question but again I think it doesn’t make sense because we all don’t know what kind of players will be here, what the group will look like,” Rangnick said.

Rangnick also confirmed his move into a consultancy role at the club next season.

“Yes I will be (here next season),” he said. “I’m looking forward to working in that advisory role and obviously help Erik as much as he wants it himself.

“So far we haven’t been able to speak with each other and we have had no contact – he has his focus on Ajax, I have my focus on Manchester United here.

“But obviously I’m more than willing and prepared to help both Erik and whomever in the club in order to change everything for the better.”