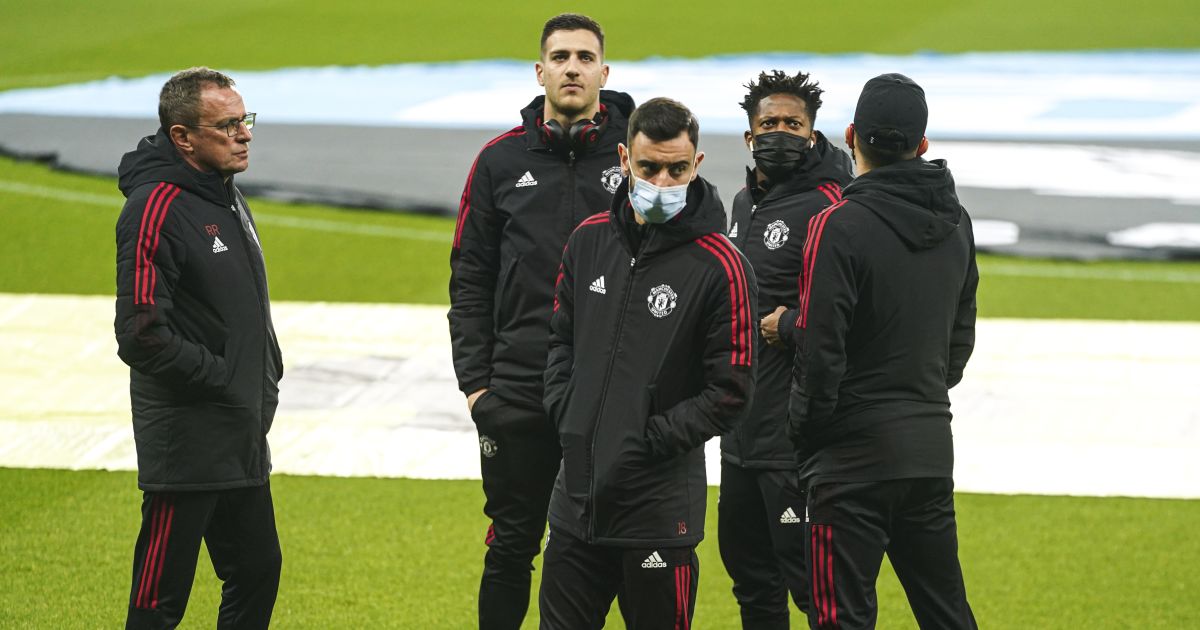 Ralf Rangnick has been informed that 17 of his Manchester United players are unhappy at the club after face-to-face talks.

The German boss inherited a divided dressing room from Ole Gunnar Solskjaer and rifts between the players are said to be widening under his tutelage.

Some are said to be unhappy at the influence of Cristiano Ronaldo on the squad as cliques have appeared, while others are desperate for more game time.

READ MORE: Is Franck Kessie the missing link for all of the Big Six?

And the Daily Mail claims as many as 17 stars are unhappy, with many of them looking for the exit.

Rangnick has ‘become aware of the situation following a series of meeting with players to discuss their futures’, according to the report.

Anthony Martial looks set to leave this month if Sevilla improve their opening loan offer, and will leave permanently in the summer.

Paul Pogba and Jesse Lingard have refused contract extensions and will both be free to leave in the summer.

Edinson Cavani wants to leave in January but has been told he’s staying until the summer, when Juan Mata will also leave, although he could move on loan before then.

Donny van de Beek (who can’t cover ground in training), Dean Henderson and Eric Bailly want more game time and could push for the exit, as could Phil Jones, who made his first appearance in two years on Monday, but wants regular football.

We know what you’re thinking – that’s not 17 players. That’s all the report offered…

Meanwhile, Martin Keown claims Rangnick must alter his system to get the best out of Cristiano Ronaldo.

Keown said: ”Rangnick will be wondering if it is feasible to continue using Cristiano Ronaldo and Edinson Cavani as twin strikers.

“It feels as if he has been trying to accommodate both, but there aren’t many coaches who play with two upfront now. That’s a rarity in the modern game and this pair have a combined age of 70.

“On either side of Ronaldo and Cavani, Rangnick has been using two young and exciting withdrawn wingers but they haven’t been effective enough with or without the ball. Sancho needs to be more direct, and so does Mason Greenwood.”