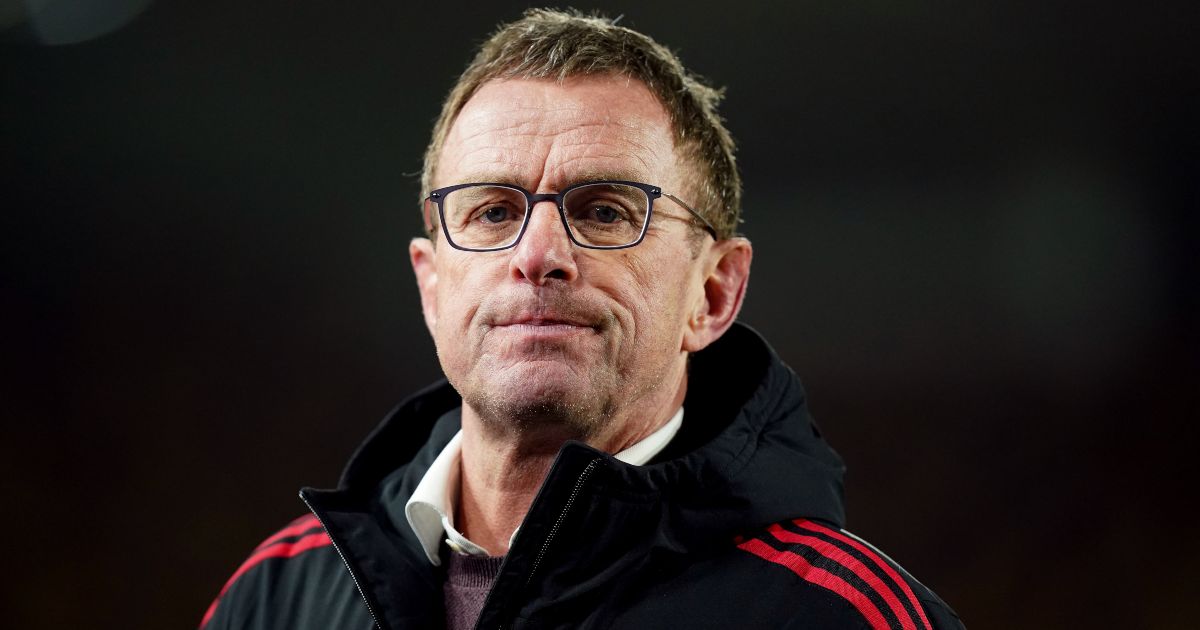 Ralf Rangnick reportedly assured Brandon Williams he has a “big future” at Old Trafford after United’s game against Norwich in December.

The full-back – who was unable to play against his parent club – was spoken to by Rangnick, who made it clear he was part of the plan going forward, according to The Sun.

Williams won Norwich’s player of the month award in January having been a regular starter since Dean Smith replaced Daniel Farke as manager in November.

A source said: “Brandon couldn’t play when United took on Norwich in December because of the loan deal agreement.

“He watched the game and was saying hello to some of the United players he is mates with when Rangnick made a beeline for him.

“He said he was aware of him, that he rated him and that he definitely wanted him back at United when the loan deal ends.

“So the message was ‘keep working hard and enjoying playing and you have a big future ahead of you at United’.

“Brandon was impressed because the manager had only been in charge for a couple of games and had a lot on his plate, but took time out to speak to him.

“The manager likes his speed and versatility as he can play in both full back positions.”

Having blown half-time leads to draw three straight matches in all competitions, United secured a vital three points with a 2-0 win over Brighton on Tuesday.

And Rangnick explained how a tactical change at half-time helped them to break the deadlock.

“We told our two wingers to attack the centre-backs so our full-backs could jump to their full-backs,” Rangnick told reporters after the match.

“That paid off with [Anthony] Elanga and the red card. We should have killed off the game much earlier. We were not lethal enough.

“First half was Mr Hyde, second half Dr Jekyll and for a change it (the result) was different. In the end it was important to get the three points against an in form team.

“Brighton are very possession based, full of confidence and we had to take more risks in the second half, it paid off.

“We scored the goal and got the red card for Lewis Dunk with a brilliant interception from Anthony Elanga. It should have been 3-0, 4-0 after 75 minutes but there is a bit of lack of assuredness in front of goal.

“We realised that they had too often possession of the ball and could only intercept in few situations. Should we change to a formation to back three? We decided to stick to 4-2-3-1 with more risk and it paid off.

“In the first 10 minutes of the second half we had more success moments and it raised the crowd, they were not moaning and were getting behind the team.

“I can understand if it feels to them like Brighton have 60% possession, that is not what they want to see.”