Home All The News Ranieri: I wanted Gray in the summer 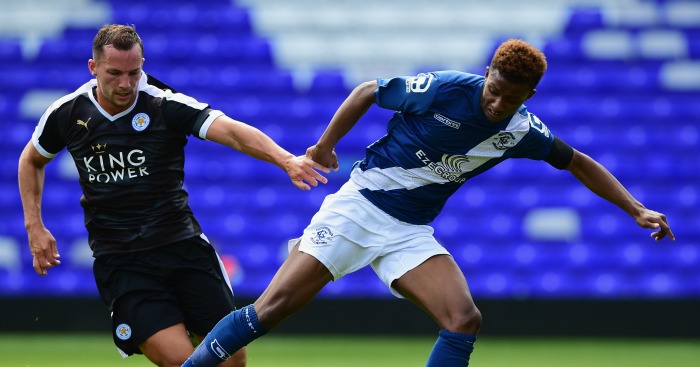 Claudio Ranieri claims Demarai Gray’s “fantastic” performance against Leicester in the summer made up his mind about trying to sign the talented teenager.

Gray was already on Ranieri’s radar after the Italian had watched videos of Birmingham in preparation for the pre-season friendly between the two sides.

But the 19-year-old really caught the attention of the Leicester manager during the game at St Andrew’s on August 1, capping an impressive display by scoring a superb goal with a shot from outside the area.

After seeing him live for the first time, Ranieri launched a failed attempt to sign the winger but this week he finally got his man after meeting Gray’s £3.75million release clause in his contract at Birmingham.

“I watched some matches before playing against Birmingham and already I saw he was very good. But when we played against him I thought: ‘he is fantastic’,” said Ranieri, who is likely to give Gray his Leicester debut at Tottenham in the FA Cup on Sunday.

“He was a very good player. He was fast, dribbled well and passed the ball well, he was a hard worker.

“We tried to buy him at the beginning of the season and it wasn’t possible but now it is possible so we bought him.

“I saw my team and thought about how we could improve. I am sure Demarai Gray will improve my team.

“I think he is also for now. He can help me to give some rests when some wingers are tired.”

Gray has represented England at Under-20 level and Birmingham boss Gary Rowett has already tipped the Blues academy product for full international honours.

Ranieri also thinks his new acquisition has the potential, adding: “We bought him because I think he has a very good future.

“For this reason I didn’t buy him just for this season, because in my opinion he is one of the very good young players in England.”

As he did in the League Cup this season, Ranieri will again make wholesale changes to his team in the FA Cup.

However, the Italian insists it is a competition he wants to do well in as he sets out on the road to Wembley for the first time since he was Chelsea boss a decade ago.

“We will change a lot, because these players deserve a chance to play. But our mentality won’t change. I try to do the best in each competition,” said Ranieri, who will be without leading scorer Jamie Vardy for the third-round tie as the 15-goal striker recovers from minor groin surgery.

“I am very motivated. I have never been to Wembley and I would love to be at Wembley.”