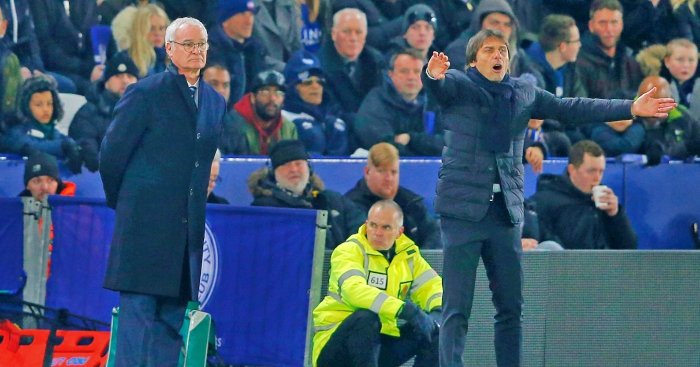 Conte cast doubt over his long-term role as Chelsea manager last month when he suggested that a return to his native Italy was in his plans.

It has even been reported that the 48-year-old was considering leaving Stamford Bridge at the end of the season, despite two years remaining on his current deal.

Ranieri, who managed the Blues for four years before his dismissal in 2004, is “not convinced” by his compatriot’s “homesickness”.

“The Premier League remains the top, and I’m not convinced by Conte’s homesickness,” he told Gazzetta dello Sport.

“Maybe he was expecting a different transfer campaign, but for a few years now [Roman] Abramovich hasn’t been doing crazy spending.

“Manchester United and Manchester City have made great signings, so I imagine it’s more draining for Antonio to be fighting on two fronts with the same players.”