Home Fulham Ranieri not ‘flipping tables’ with Fulham – yet 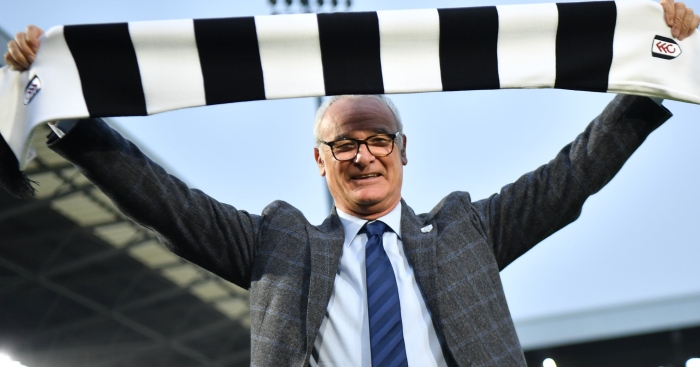 New Fulham manager Claudio Ranieri insists he will have no trouble getting angry with his players as he looks to guide them to Premier League survival.

The 67-year-old replaced Slavisa Jokanovic with the Whites struggling at the foot of the table having lost their last seven games in all competitions.

It is Ranieri’s first job in England since his title-winning spell in charge of Leicester ended with the sack in February 2017.

During his time in the East Midlands, Ranieri became synonymous with his friendly demeanour when speaking to the media and interacting with supporters.

But, ahead of his first game in charge on a Big Weekend against fellow strugglers Southampton, the Italian revealed he can lose his temper if needs be.

“Don’t look at me here, with the smiling,” he said when asked if he is capable of dishing out rollickings to his players.

“In the dressing room, I am different. It depends what happens. Sometimes I could take this table and flip it in the air.

After revealing he had flipped a table when he was particularly upset during a match as Chelsea boss, Ranieri seems to be approaching his latest post by putting his arm around his players.

“With them? No. With these players, no. Not yet. Not yet,” he said when asked if he had been tough with his Fulham squad.

“At this moment, I must give confidence. I say our fans must help us, it is because our players need confidence.

“They need to feel good feelings with the fans because, maybe, they are a little anxious, nervous. That is normal.”

Fulham have yet to keep a Premier League clean sheet since their return to the top flight and Jokanovic named a different defensive unit in each of the 12 games he oversaw before his dismissal.

Ranieri is looking for an improved display at the back as his target in the early weeks of his tenure as he looks to steady the ship at Craven Cottage.

“My plan is to maintain good football but without conceding goals,” he said.

Asked if keeping clean sheets was his number one priority, he added: “Yes, of course. You can play well and lose. Then you can play badly and continue to lose.

“You play badly, get three points. Second match, you get worse than badly, but get another three points. Six points. After three or four matches, you play also well.