Home All The News Ranieri: Real pressure is being without a job 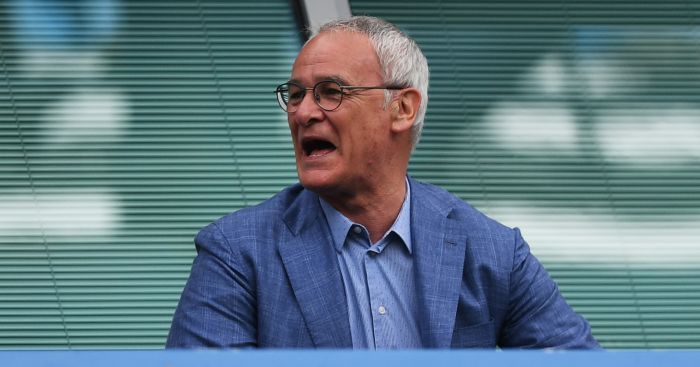 Claudio Ranieri is excited about engineering Fulham’s escape from the Premier League relegation zone, saying pressure is being without a job.

The 67-year-old Italian led Leicester to the 2015-16 Premier League title before being sacked nine months later.

An underwhelming season in Ligue 1 at Nantes saw Ranieri out of work again, until Fulham owner Shahid Khan called and appointed the former Chelsea boss in place of Slavisa Jokanovic.

“I don’t have a holiday. My wife told me ‘Claudio, take a holiday, sooner or later you go back to your job’. But without a job I am very anxious.

“When I’m in a job, I’m calm. I feel good when I stay on the pitch, when I speak with my players, when I am very hungry.

The Cottagers are bottom of the Premier League with five points from 12 games. They have lost their last seven games in all competitions and are conceding goals at an alarming rate.

Ranieri’s appetite to succeed in management remains after his 18th appointment.

“Always I think, this is my job. I have to do the maximum.

“Then experience tells me one year, four years, I don’t know. I hope to stay here a long time. I hope.”

The 5,000-1 title success with Leicester is unlikely to be repeated and Ranieri is promising only hard work.

Leicester will be Fulham’s third opponents under his management, but Ranieri insisted he looks only forwards.

“My knowledge, I will give them everything. I hope they can take their ambition, because I am an ambitious man.”

Fulham spent extravagantly last summer and Khan has told Ranieri funds could be made available to recruit again in January.

First Ranieri wants to assess his options. He also said he does not have a record of re-signing players who have played under him previously, after it was suggested he could sign some of his Leicester title winners.

He said: “In my career never I bring back my old players. Now, for me, I love my players. I haven’t met them, because of the internationals, but already I love them and I want them to bring their best.

“After if there is something that I can say to the chairman, ‘I need another player, because I need these kind of players in the team’ is another thing. But now I have to work with these players.”