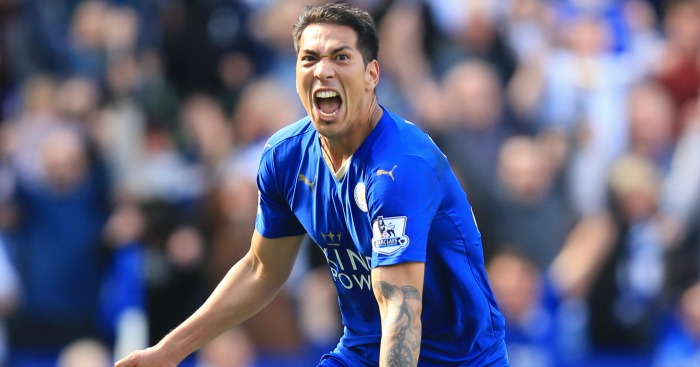 Leicester boss Claudio Ranieri insists he has no problem with Leonardo Ulloa despite being called a liar by one of the striker’s agents.

Forward Ulloa handed in a transfer request last week while the club have knocked back a bid of around £1.7million from Alaves.

Horacio Rossi, one of the people who helps represent Ulloa, was quoted this week saying he was tired of the “lies” from Ranieri and director of football Jon Rudkin.

Ulloa has been unhappy having started just once in the Premier League this season and the fact he had not been offered a new deal after helping the Foxes win the title last season.

But, ahead of Friday’s FA Cup fourth round trip to Derby, Ranieri has spoken to the 30-year-old and cleared the air.

He said: “The agent said I was a liar but I don’t want to respond to him. It’s different, I understand him because he (Ulloa) is Latin and when someone speaks when it’s not me why do I have to apologise for that person?

“With Leo I have a fantastic relationship and I have to support him. Two season ago he was the goalscorer, we paid a lot of money for him. Last season every time I put him on the pitch he made a fantastic performances.

And the Italian expects Ulloa to stay beyond Tuesday’s transfer deadline – unless a club matches Leicester’s valuation.

He added: “I want him, he is a good player but he would like to play more. I said from the beginning I would let players leave who are not happy but the team is important.

“If someone wants Leo they have to pay, for me he is a good player.”

Leicester have had a bid rejected for Gaston Ramirez by Middlesbrough but Ranieri insisted any deal did not hinge on Ulloa’s future.

“There is no link there,” he said. “Ramirez can play in every position; wide, in the middle, second striker. It is not depend on Ulloa or Ramirez.”

Leicester go to Derby with Ulloa a minor doubt with a thigh problem. Riyad Mahrez is fit after his early return from the African Nations Cup following Algeria’s exit but international team-mate Islam Slimani is out with a groin issue. Daniel Amartey is still with Ghana for the competition.