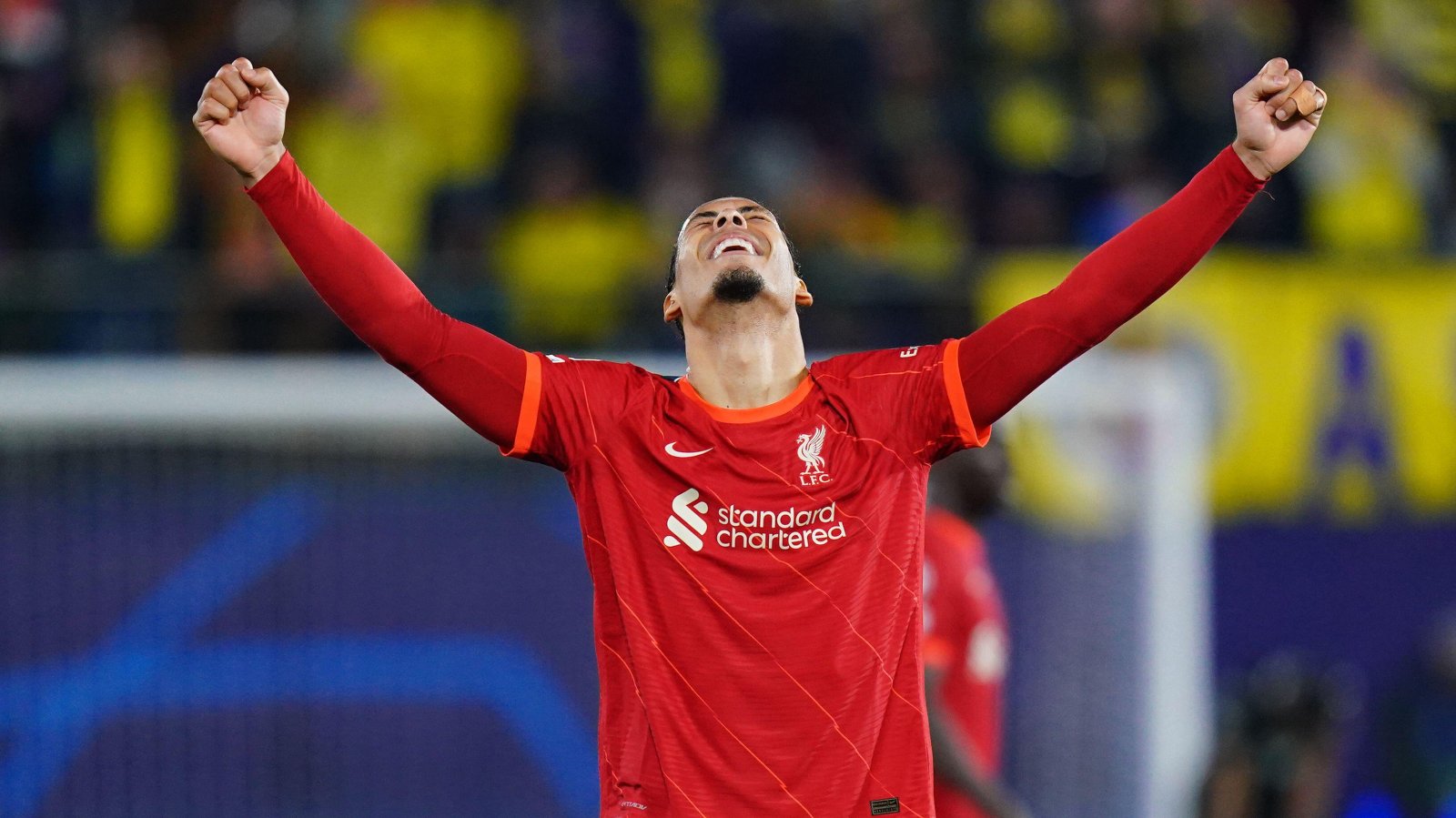 With Kalvin Phillips on his way to Manchester City, Raheem Sterling apparently set for Chelsea and the Brazilian trio of Raphinha, Richarlison and Gabriel Jesus all at various stages of progress on their own much-touted moves this looks like being a bumper summer for big-money intra-Premier League transfers.

But how have previous such moves worked out for the players involved? We’ve ranked every previous such move between Premier League clubs and set an entirely arbitrary ‘big-money’ benchmark of £40m and then inevitably had to guess in the margins because undisclosed fees are the scourge of the industry and more importantly this kind of feature.

Ultimately, though, this doesn’t matter too much here because we’re ranking the success of the move rather than the size of the fee, which is but one small factor in our very scientific (ahem) calculations and we have to cut things off somewhere. Got it? Grand, let’s crack on.

14) Nathan Ake (Bournemouth to Manchester City, August 2020, £41m)
Might actually have been a smidge under £40m, it depends which reported fee you choose to believe and probably involves a bit of exchange-rate chicanery to sneak it over the £40m cut-off, but we’ve done so as a reminder that even City can get this wrong because, as you’ll see later on in this list, they generally get this quite sickeningly right. Sure, City’s detractors may have a point when complaining that they get to play the game on easy mode but their hit rate when spending £40m-£60m on a footballer is absurdly high. So, with all due respect to the Dutch centre-back, let us revel in this one that went so horribly wrong that he did an adequate job when called upon, allowing City to recoup pretty close to what they spent on him should they decide to cash in and sell him to any one of four or five Premier League suitors. Damn you, City!

13) Romelu Lukaku (Everton to Manchester United, July 2017, £75m)
Now only his second most disastrous and eye-wateringly expensive move to a Premier League club so that’s…something. His numbers at United really weren’t all that bad – especially in light of his struggles last season at Chelsea – but he never truly seemed settled at United, especially once Jose Mourinho had made way for Ole Gunnar Solskjaer. Managed 16 Premier League goals in his first season and 12 in his second with United which at the time, and in the context of a 25-goal season for Everton that prompted United to make their expensive move, seemed disappointing. With our 20-20 hindsight and a fraught, eight-goal season for Chelsea before heading back to the comfort blanket of Inter, it looks like a golden age.

12) Aaron Wan-Bissaka (Crystal Palace to Manchester United, June 2019, £45m)
City have been great at these kind of transfers over the last decade or so but United, well, not so much. Wan-Bissaka was signed at great expense after just a single – albeit eye-catching – full season of Premier League football with Crystal Palace, where his defensive prowess was far more significant than his near-total absence of attacking ability. At United, this has quickly been exposed as a major weakness and one that it’s not clear can truly be solved. It might just be that England’s eighth-choice right-back is one who will always excel slightly further down the food chain but will never look quite right at a club with United’s status and ambition.

11) Harry Maguire (Leicester to Manchester United, August 2019, £78m)
A fascinating footballer who has long had the vague but undeniable air of one of those secondary characters from a Roy of the Rovers comic book, a strip whose premise is that a non-league footballer has been imbued with inexplicable and ill-fitting elite talent by a pair of magic boots or some such. Maguire now appears to have lost those boots or whatever it was and is now in the death-spiral towards full figure of fun status as the poster boy for United’s calamitous and precipitous decline. None of which is really fair, but here we are. And even with the magic boots he was never really worth £78m.

10) Fernando Torres (Liverpool to Chelsea, January 2011, £50m)
One from the archives here and a reminder of how the balance of power within the so-called self-appointed Sky Big Six has shifted over the last 10 years. Chelsea back then were able to bully Liverpool into selling them their beloved star striker who had scored 65 often wonderful goals in 102 Premier League appearances. Managed only 20 in 110 for Chelsea, but did prompt Gary Neville’s infamous goalgasm as Chelsea beat Barcelona en route to their 2012 Champions League triumph. Also won an FA Cup and Europa League in his time with Chelsea having won nothing at Liverpool which probably tells us a great deal about all sorts of things if we want it to.

9) Jack Grealish (Aston Villa to Manchester City, August 2021, £100m)
Could end up at either end of this list over the next couple of years after City broke their own successful policy of always spending £40m-£65m on players and instead spending a whopping £100m on everyone’s favourite Jack the lad. Underlying metrics suggest Grealish’s first season at City was nowhere near as bad as has been made out, but that immediately highlights part of the problem. He’s just nowhere near as fun as he was when running Villa games with the gleeful free spirit of the absurdly talented. My hunch is that over the next year or two we’ll see Grealish moulded into a far more effective if somewhat less dizzyingly exciting footballer by Pep Guardiola and it’s up to you whether or not you view that as progress. Will probably remain just as much fun on his holidays, mind.

8) Ben White (Brighton to Arsenal, July 2021, £50m)
Again it’s only fair to go mid-table with White after his first Big Six season. Definitely a factor in Arsenal’s improvement last season and if we trust the process as we are told we must then more likely to climb this particular list than tumble down it. We shall see.

7) Nemanja Matic (Chelsea to Manchester United, July 2017, £40m)
A dependably solid and reliable operator who is seemingly at his happiest when working with Jose Mourinho. Each to their own, I guess. Having joined both Chelsea and United under the Great Sulk he is now under his wing once more at Roma after the expiry of his United contract. Played nearly 200 games for United throughout their current trophyless run and we would challenge you to remember a single one of those appearances for either good or ill.

6) Ben Chilwell (Leicester to Chelsea, August 2020, £45m)
It is mainly injuries that are keeping Chilwell and Chelsea from breaking up the City-Liverpool duopoly ahead of them here. He’s a good player, £45m was a perfectly decent price all round, and assuming as we are that he will once again be a good player when he makes his long-awaited return from cruciate ligament surgery then this will prove good business. England could certainly do with him back because frankly we can do without ever having to sit through another one of Gareth Southgate’s what-about-a-right-back-at-left-back experiments.

5) John Stones (Everton to Manchester City, August 2016, £47.5m)
A fee that, at the time, made him the most expensive English defender in history and whose departure caused ructions from Everton fans enraged at the sheer modern football disgrace of a player moving to a bigger and better club because money had changed hands, unlike their own acquisition of Stones from Barnsley three years earlier which was quite different actually because reasons. Initially struggled to adapt to life at City and admitted to disappointment after his first season at the Etihad, both with his own performances and City’s lack of silverware. Both of those issues have been addressed in subsequent years, most notably during a title-winning run of genuinely great form alongside Ruben Dias in 2020/21.

4) Riyad Mahrez (Leicester to Manchester City, July 2018, £60m)
Still get the impression that Mahrez is a slightly under-rated, unheralded member of City’s absurdly gifted attack and yet he really is as good and important as any of them. Assured of his place in Premier League folklore for his vital goalscoring and creating role in The Leicester Fairytale, but while nothing he could ever do with City or anyone else can match the sheer thrilling nonsense of that season, he has been first rate at City.

3) Kyle Walker (Tottenham to Manchester City, July 2017, £50m)
Hard to quite fathom now, but Pep Guardiola’s first Manchester City team ended up below Tottenham in the 2016/17 league table. One reason why that happened then and hasn’t really looked like doing so since was Kyle Walker, whose £50m move to City that summer looked at the time like paying over the odds for a right-back, albeit a really good one. Fair enough, because City needed a right-back and could afford to do it; it felt like a transfer deal that suited all parties. Still does looking back with five years’ hindsight, really, but just without the £50m looking in any way like an over-the-top sum for a crucial figure in four Premier League title-winning campaigns.

2) Raheem Sterling (Liverpool to Manchester City, July 2015, £44m)
Easy to forget now they are the one team able to mount any kind of consistent challenge to City’s dominance of the Premier League, but you don’t have to go that far back to find a time when Liverpool were still locked in their banter era. But they were still Liverpool and there was still widespread shock and horror among the Liverpool-adjacent punditocracy when Sterling refused to sign a new contract in order to help push through a big-money move to the ghastly nouveau riche Manchester City. The acrimony around it all probably played a larger part than most care to acknowledge in some of the frankly disgusting media coverage to which Sterling has often been so pointedly subjected. Even with all Liverpool’s subsequent improvement, it’s still hard to argue that Sterling made the wrong decision even if he might have second thoughts about the precise way he went about achieving it. His City career now appears to be over with a second entry on this list a distinct possibility if and when he completes a move to Chelsea, but it’s been a great one, especially in that three-year period from 2017 to 2020 when everything clicked and the goals really flowed.

1) Virgil van Dijk (Southampton to Liverpool, January 2018, £75m)
City may dominate the upper reaches of this list but they have to concede top spot to Liverpool on this occasion thanks to their expensive but transformative acquisition of Virgil van Dijk four years ago. His impact was instant. Back in the first half of the 2017/18 season, Liverpool were an excellent and entertaining side but they were defensively vulnerable. Seemingly overnight, that problem was solved by Van Dijk who has gone on to prove himself the league’s pre-eminent defender. It may be overly simplistic and a touch reductive, but there are few starker statistics in the Premier League era than Liverpool’s final points totals during VVD’s four full seasons at the club: 97, 99, 69, 92. It isn’t hard to spot the season Van Dijk missed almost the entirety of through injury.