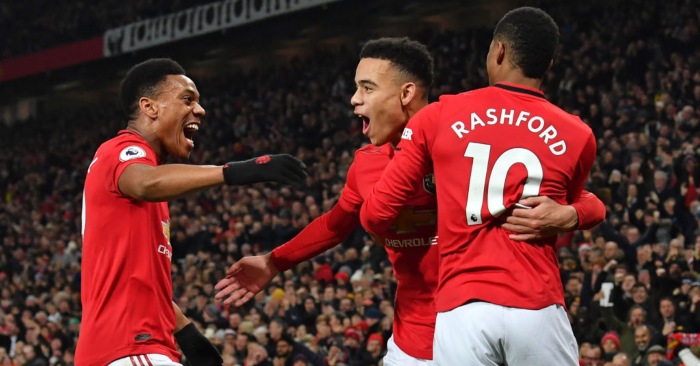 Which clubs are best equipped for a future potentially without big-money transfers? We look at the average age of Premier League XIs this season from the oldest to the youngest…

20) Crystal Palace (average age: 29.3)
Palace’s youngest Premier League starters this season are Jairo Reidewald (23), Max Meyer (24) and Jeffrey Schlupp (27). The Premier League’s oldest manager has not built a team for the future but a team for excellent dominoes nights.

30y 101d – Crystal Palace have today named their oldest ever starting XI in the Premier League; none of the last 17 teams to name a side with an average age of 30+ in the competition has won (D3 L14). Experience. #EVECRY

19) Watford (28.9)
Ben Foster pushes up the average age but it turns out that Hertfordshire is no county for young men.

17) West Ham (27.6)
There’s a lot of money for old ropey players available at West Ham, who fielded three goalkeepers aged 35, 34 and 34 this season. And there were such high hopes this season…

When Ajeti completes his move tomorrow the average age of our 4 new signings minus the vet goalkeepers is 22 years old. Quite the change brewing at West Ham.

16) Manchester City (27.2)
Just as we were thinking that British managers had the monopoly on ageing teams, along comes Pep Guardiola with Fernandinho, David Silva and Sergio Aguero. Replacing that spine is quite the job.

15) Sheffield United (26.8)
Their only outfield player to feature under the age of 23 this season was January signing Sander Berge. He was barely toddling when Phil Jagielka made his Blades debut.

14) Liverpool (26.7)
The core of Liverpool’s team is 26-29. That might be a long-term worry if they didn’t also have Trent Alexander-Arnold, Joe Gomez, Curtis Jones, Harvey Elliott etc.

19y 102d – With an average age of 19 years and 102 days, Liverpool have tonight named their youngest ever starting XI in all competitions for the second time this season, surpassing their lineup for the League Cup quarter-final against Aston Villa in December (19y 182d). Break. pic.twitter.com/iUM7BjIyvx

11) Brighton (26.4)
They would have been 15th on this list last season under the more cautious Chris Hughton but Graham Potter has brought in younger signings Neal Maupay and Adam Webster while bringing through Steven Alzate and Aaron Connolly.

10) Newcastle United (26.2)
Surprisingly youthful teams being picked by Steve Bruce. Seriously, how the f*** can Isaac Hayden be only 25?

9) Arsenal (26)
Their youngest number for five years thanks to the emergence of Bukayo Saka, Joe Willock, Gabriel Martinelli, Eddie Nketiah and others.

Arsenal are going to end up with a squad of players with an average age of 23 next season. Set for the coming decade.

8) Leicester City (25.9)
Eight of their 11 most regular starters are between the ages of 23 and 26. The rest are Premier League champions. Excellent, excellent planning.

7) Norwich City (25.8)
Five of their first-choice XI are 23 or under. The problem is that relegation will undoubtedly prompt a fire sale this summer.

6) Southampton (25.8)
Ryan Bertrand, Alex McCarthy and Shane Long are the last men standing over the age of 30.

5) Everton (25.7)
No more Phil Jagielka. Very little Leighton Baines. Hell, even Seamus Coleman has lost his starting place. This is a younger Everton. But can they be a better Everton?

💬What’s your thoughts on Marcel Brands and the job he has done at Everton?#EFC pic.twitter.com/FWLy0psmHj

4) Aston Villa (25.5)
Remarkably, Tyrone Mings is the oldest outfield player in Villa’s most-picked XI this season at the age of 27. Should they survive, they would only get better.

2) Bournemouth (25.2)
With 30-plus players Simon Francis, Andrew Surman, Charlie Daniels and Junior Stanislas all either injured or sidelined this season, the Cherries’ average age has plummeted along with the team.

1) Manchester United (24.8)
They were eighth and older than Liverpool last season but there has been a clearing-out of the old guard (Ashley Young, Antonio Valencia, Marcos Rojo) and a bringing-through of a new generation (Mason Greenwood, Brandon Williams), while new signings have been designed for the next five years. Of their XI most-picked players in the Premier League this season, none have hit 30.