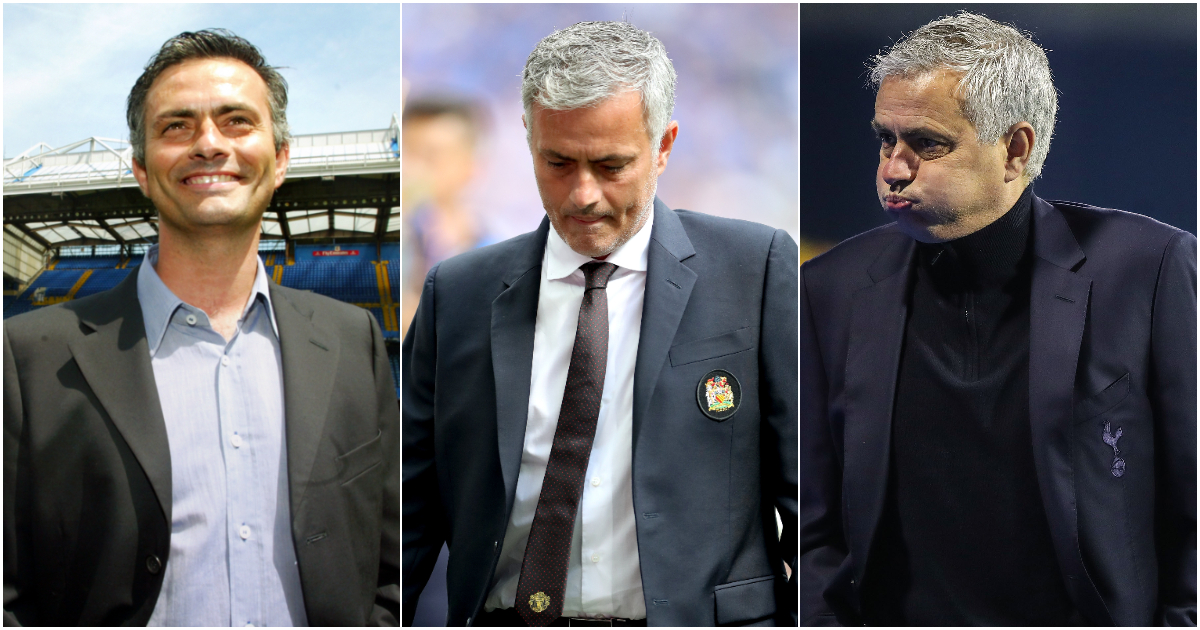 With Mauricio Pochettino still strongly linked with the Manchester United job, we take a look at the six previous hardy souls to have taken on multiple Big Six jobs. Admittedly two of them are a bit of a cheat coming as they do from an era when the Big Six was not remotely a thing and if it were a thing the idea that Manchester City would be in it would have had you laughed out of town. But 1992 is the official starting point for all football and that is that.

An iconic player for Spurs, of course, but as a manager it’s his work with Chelsea that has carried the greater significance. He was there at the very start of Chelsea’s growth into what they have become and while his results are unspectacular on paper, it’s not hard to trace everything Chelsea have since achieved back to Hoddle’s arrival as player-manager in 1993. While never putting together a serious league campaign, his Chelsea sides were huge cup threats. They reached the 94 FA Cup final and the semi-finals of the following year’s Cup Winners’ Cup final having taken the place unrequired by double-winning Manchester United. More importantly to Chelsea’s future trajectory, Hoddle’s status saw them start to recruit players of similarly high profile – most notably Ruud Gullit – and start the long road to Abramovich and all that has followed.

Brought to Spurs by Daniel Levy and ENIC in a fairly transparent attempt to curry early favour with fans by replacing the irredeemably Arsenal-tinged George Graham with a bona fide club legend. His first game was a 2-1 defeat to Arsenal in the FA Cup semi-final and Hoddle as Spurs manager never really worked.

Sacked after winning just one of the first six Premier League games of the 2003/04 season, his Spurs career ending with successive defeats against Chelsea and Southampton – his two previous Premier League managerial roles.

A hugely successful Arsenal manager whose time there is no longer viewed as favourably as it might/should be given the bung-based nature of its ending and the fact it was built on the sort of ugly, joyless, functional yet wildly effective that is anathema to the modern Arsenal. In many ways, there are few figures who more accurately encapsulate the speed of growth in English football around the birth of the Premier League. By the time he rocked up at Spurs in 1998 he already felt like something of a relic and his greatest success at Arsenal predated the Premier League era when all the football played was irrelevant and no longer counts.

Hung around on the other side of north London for longer than you probably remember despite never being particularly good or managing to win over an inevitably hostile and suspicious Spurs fanbase. He is, though, one of only two Spurs managers to win a trophy in the Premier League era. The fact it is Graham and Juande Ramos in that particular club will never be anything less than hilarious. Sacked by Spurs in one of the very first acts of a thrusting young executive installed upon ENIC’s takeover named Daniel Levy. It was Graham’s last management role. Don’t know what became of Levy.

Still only 33 when handed the Chelsea job after winning a league, cup and Europa League treble with Porto. Binned just nine months later as Chelsea slipped out of the top four and Villas-Boas fell out with senior players including Frank Lampard, Michael Essien and Ashley Cole. Replaced by his assistant Roberto Di Matteo, who promptly won the Champions League.

Started the current vogue for Chelsea managers turning up at Spurs by replacing Harry Redknapp at White Hart Lane that summer. Having already been dismissed by the British tabloid press as a weird foreign nerd, replacing their hero at Spurs was never going to get him an easy ride. He was actually perfectly decent at Spurs all things considered but it never felt like it could last. Pretty unlucky that the Gareth Bale-inspired 72-point haul in his one full season wasn’t enough for a top-four spot and when Bale’s seven replacements infamously failed to hit the ground running the following season, he was soon in trouble.

Took over an absolute rabble of a Chelsea team that had just finished 10th in The Leicester Season and promptly sent them romping to what is, for now, still their most recent Premier League title, finishing seven points clear of the chasing pack after a 13-match winning streak between October and December opened up a commanding lead they would never relinquish.

Conte repeated the ‘turn talented but shambolic wastrels into title winners’ trick at Inter and now embarking on his toughest version of it yet at Spurs, the side incidentally who both ended that 13-match winning streak and finished second to Conte’s Chelsea. It’s as close as they’ve come to winning anything since 2008. Ending that run would be perhaps the biggest tick yet on a managerial CV that hardly requires a tick and more importantly help him climb this list.

Beloved in Liverpool, less so in London. Restored pride and then some for Liverpool at a time when their own mediocrity and Manchester United’s relentless excellence was pure agony, winning the Champions League and FA Cup but also the latest in a long line of manager unable to crack Sir Alex Ferguson in the title race while eventually succumbing to mind-games-based madness. His Liverpool sides were proper good, though, and 2005 will always be special.

Technically only an interim boss at Chelsea despite hanging around longer than some permanent appointments (see above) and helped them make it back-to-back European trophies by securing the 2013 Europa League.

Now finds himself at Everton of all places after a George Graham-esque crossing of the divide and is currently discovering like so many before him that Everton’s inherent Evertonness is extremely hardwired. The only manager with multiple Big Six clubs on the CV not to have had a crack with Spurs. Still time.

In the words of the great man himself, “Three for me and two for them. Two. So respect man. Respect, respect, respect.” Yes, football heritage’s Jose Mourinho is the only man to take charge of three of the Premier League’s Big Six. The laws of his own three-year cycle and the wider traditions of diminishing returns are all in play; by the end of his Spurs stint he was more meme than manager. But it would be wrong to focus on the grumpy relic who sulked around Old Trafford or the Naming Rights Arena.

Those Chelsea teams really were first rate, smashing records and winning trophies and successfully breaking up the Arsenal-United duopoly that had dominated the first decade of the league. Even at United, where he and they were largely sh*t, Mourinho still won the Europa League and Carabao Cup. Couldn’t win trophies at Spurs, though. He’s only human, however much he may continue to believe otherwise.