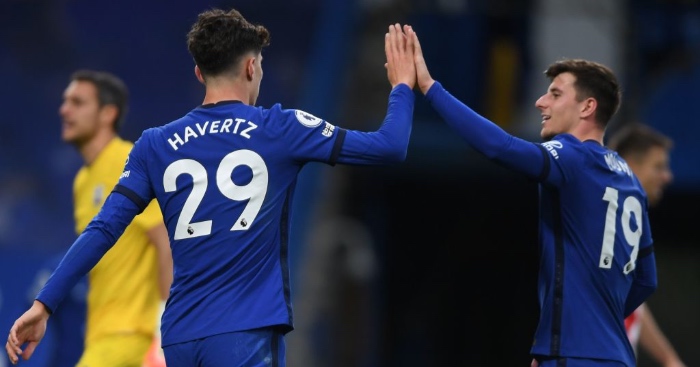 Manchester City are the big climbers from last season while United go the other way. We count the minutes played by players aged 21 and under in the top flight this season.

The younger (and better?) Longstaff has started five Premier League games since his winner at Old Trafford in October last season.

A bleak, bleak future at Anfield.

A big drop from third last season, mainly because footballers get older.

McNeil continues to change the Burnley bedpans. Ten of the 19 players to feature for Sean Dyche’s side this season are 30 or older; only four are under 28.

Saka may have been overawed on England duty (he wasn’t), but Mikel Arteta has faith.

Rice, at 21, is the leader of this West Ham team. Like an uncle, to the likes of Ben…

Don’t expect the Baggies to be this high come the end of the season. Big Branislav Ivanovic now appears to have the nod over O’Shea.

Pep Guardiola has a new contract, Spain’s hat-trick hero and a playmaker Gazza would have been proud of.

Top of the pops last season, Tariq Lamptey has been an excellent addition to the young blood.

Four of the eight summer signings were U-21. Nuno Espirito Santo’s planning ahead.

Leeds tie with Wolves for the most U-21 players to feature this season.

Old hands Tammy Abraham and Christian Pulisic now just miss out, Billy Gilmour waits in the wings; Gallagher and Ampadu are getting Premier League minutes elsewhere. Chelsea have gone from old and leggy under Maurizio Sarri to having the most exciting young squad in the division. Fair play, Frank.