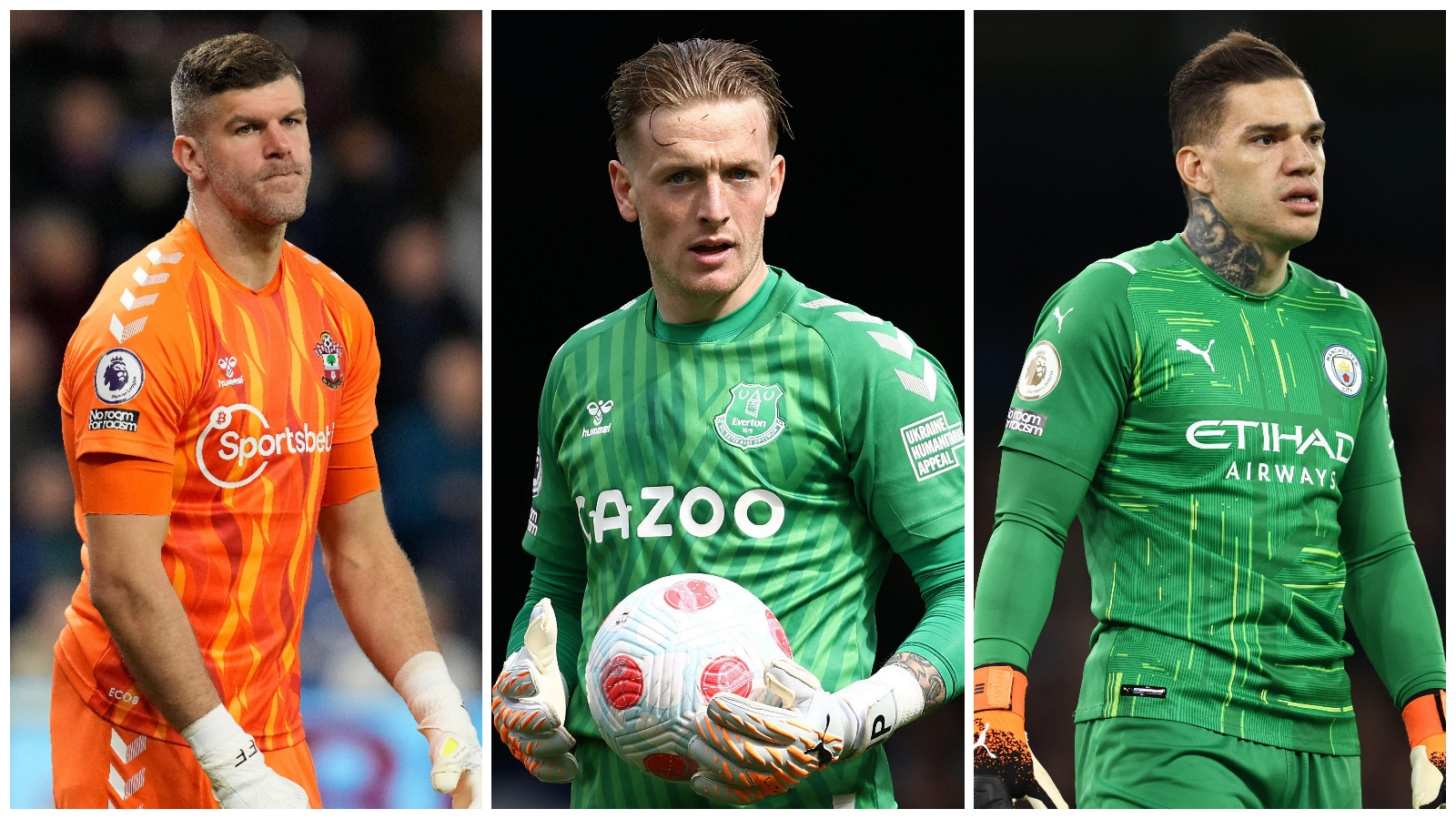 A goalkeeper being good at football is quite important these days. Stopping the ball going into the back of the net is well and good, but if you can’t play out from the back you are not likely to excel at a top club.

Look at four-time Golden Glove winner Joe Hart. Pep Guardiola had one look at his ball-playing ability and said ‘No, thank you’.

We rank every Premier League’s starting goalkeeper by their ability to kick the ball well.

20) Fraser Forster (Southampton)
Sorry, Fraser. It had to be someone.

18) Martin Dubravka (Newcastle)
I have watched a fair bit of Newcastle over the years and it is fair to say that Dubravka has failed to impress me with his ball-playing ability.

It is a surprise to some that the Geordies are looking to sign a new goalkeeper in the summer, but his distribution, passing and vision is not good enough for a team as rich and ambitious as Eddie Howe’s tricky Mags.

17) Nick Pope (Burnley)
Pope actually leads the league in attempted long balls by a goalkeeper in 2021/22 but that is not too much of a surprise given how Burnley operate on a football pitch.

The England international is less than convincing with the ball – not helped by the Clarets’ style or his height – which could potentially hold him back from making the step-up to a bigger club.

16) Ben Foster (Watford)
Foster might be the best vlogging, cycling goalkeeper in the Premier League, but in terms of his actual goalkeeping and footballing skillset, the former England international is near the bottom.

In fairness to the 39-year-old, he is one of three GKs with a league assist this season.

15) David De Gea (Manchester United)
In a season full of weak points for United, one notable one has been De Gea’s lack of ability with the ball at his feet.

Often exposed for his inability to play out from the back, it is no wonder that rumours are already circulating about his future with Erik ten Hag coming in at the end of 21/22.

14) Vicente Guaita (Crystal Palace)
His late pre-assist for Joel Veltman’s actual assist for Neal Maupay’s cheeky lob over Guaita earlier this season did not cover the Spaniard in glory, but he’s not the worst the Premier League has to offer in this department.

13) Edouard Mendy (Chelsea)
Perhaps his goalkeeping ability overshadows his ability with the ball at his feet because he is a bloody good goalkeeper.

Like Guaita, Mendy had a bit of a brain fart that cost his team dearly when playing out from the back. They would’ve got away with it if it wasn’t for those pesky French strikers…

The worst possible start to the second half for Chelsea… 😔

A terrible defensive mix up between Édouard Mendy and Antonio Rüdiger allows a tap in for Real Madrid's star man ⚽️#UCL pic.twitter.com/GJDtp3IM6u

12) Ilian Meslier (Leeds)
From French strikers to French goalkeepers; Leeds’ shot-stopper Meslier is a promising young ‘keeper with a lot of learning left to do, especially when it comes to passing.

In the Premier League, the 22-year-old is fourth for passes attempted and fourth for accurate short passes, but not fourth in our list.

11) Lukasz Fabianski (West Ham)
The ex-Arsenal goalkeeper has made 431 of his 738 passes in the league this season and has fought off competition from Alphonse Areola, who is on loan for the entirety of 21/22.

10) Kasper Schmeichel (Leicester)
Brendan Rodgers loves to see his team play out of the back and Schmeichel’s place in the team has never been scrutinised, so he must be doing something right.

9) Hugo Lloris (Tottenham)
Lloris is similar to De Gea in the respect that he doesn’t play too well under pressure. However, he is definitely not bad with the ball. It does help to you have Harry Kane to aim for.

8) Jose Sa (Wolves)
Sa is one of the signings of the season and has steadied the ship at the back for Wolves.

The Portuguese leads the league in dribbles completed in comparison to his fellow goalkeepers. He has been in amongst the top of the saves list as well, but that’s nowhere near as important.

7) Emiliano Martinez (Aston Villa)
Shot-stopping, passing, distributing, s**thousing, trash talking. Martinez has got it all and is a brilliant modern-day goalkeeper.

It took him a while to become a Premier League No. 1 after numerous loans during his time at Arsenal. After shining under Mikel Arteta with Bernd Leno out injured, the Argentine was able to display his terrific distribution before joining Villa for around £15m.

6) Jordan Pickford (Everton)
Pickford is arguably better with his left foot than with his hands, but I don’t think that means Frank Lampard is contemplating putting him in left-back.

As per WhoScored, the England No. 1 has only misplaced one short pass all season and has the third-most accurate long balls in the division. Similar to Pope, this is probably more of a reflection of his team’s style of play…

5) Robert Sanchez (Brighton)
The Spanish goalkeeper has attempted 1223 passes in 21/22. That is nearly 200 more than second place in the Premier League.

Sanchez sort of emerged out of nowhere, replacing the reliable Mat Ryan in between the sticks. Brighton play a certain style of football and Sanchez suits it perfectly. He helps Graham Potter’s side beat presses and play out of the back very well.

4) Aaron Ramsdale (Arsenal)
Arguably Arsenal’s signing of the season, Ramsdale has helped the Gunners reach a new level in terms of playing out. His signing raised eyebrows within the Arsenal fanbase, but the 23-year-old has shut up many of his critics this term with his shot-stopping and ball-playing ability.

3) David Raya (Brentford)
Raya’s distribution is outstanding and Brentford sorely missed him when he was out injured for 14 league games.

A transfer could easily materialise for the Spaniard thanks to his passing alone. He has previously been linked with Arsenal and a move to a club of that magnitude is not out of reach for Raya.

His passing range is outstanding, even providing an assist for Mohamed Salah during a 2-0 win against Manchester United in 2020.

1) Ederson (Manchester City)
This was never in doubt. Ederson is calmness personified.

"I was going to make a pass to the left-back, but I saw Trent Alexander-Arnold covering Joao Cancelo, so I delayed the pass, and the ball went on the goalline. Aymeric Laporte offered me a line of pass, so I sorted it out very calmly."