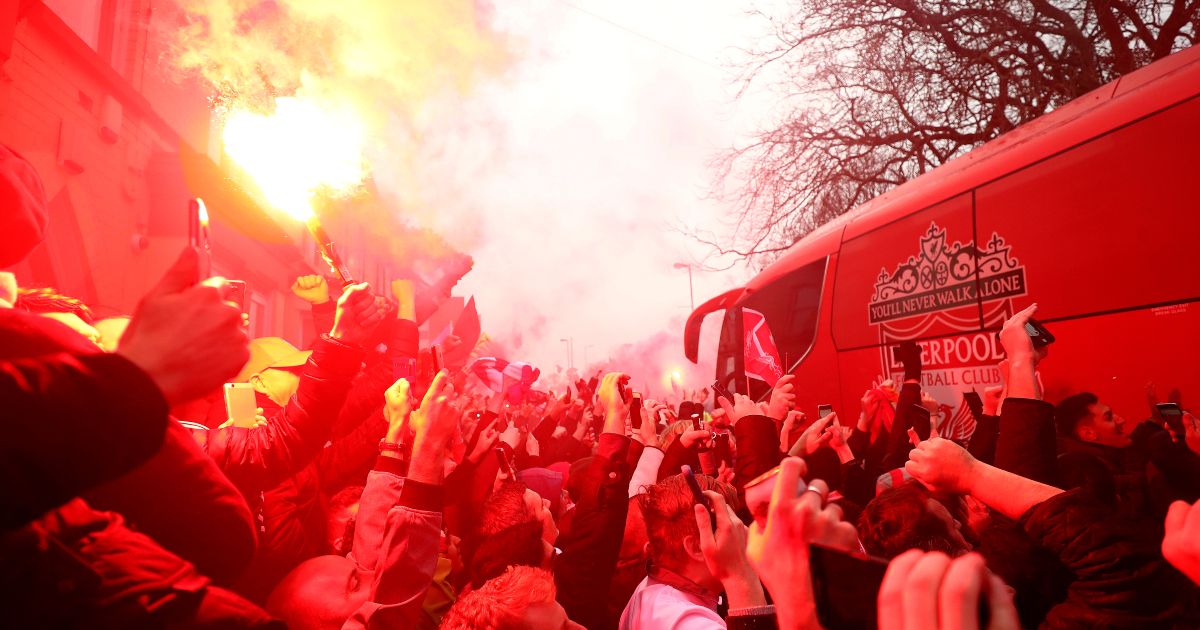 Pep Guardiola has not won the Champions League since 2011. He’s spent much of the decade since reinventing glorious ways of being knocked out.

Rafa Benitez once wrote a book called Champions League Dreams. For Liverpool, the trophy has always been an adventure. For Pep, it has been a decade of dismay since lifting it in 2011.

The Spaniard has an opportunity to exorcise some demons this season, with Borussia Dortmund lying in wait for Manchester City in the first leg of their quarter-final meeting. The winner faces either Bayern Munich or PSG for a place in the final.

But Guardiola hasn’t even been beyond the quarter-finals since 2015. He needs to get over an awful lot to fall in love with Old Big Ears again.

8) 2016 semi-final: Bayern 2 Atletico Madrid 2
Trailing Atletico by a solitary goal from the first leg, Pep’s troops went for the jugular at home in his final season in charge. In 2020, Liverpool reined in 34 shots against Diego Simeone’s team and were denied by poor finishing and Jan Oblak. Ditto Munich in 2016 as they had 33 efforts, 11 of which were on target. Oblak even saved a penalty from Thomas Muller, who was back in the team after Guardiola had been pilloried for leaving him out in Madrid.

Somehow, Atletico stayed in the tie like the grizzled warriors that they are. They had not even managed a single touch in the Bayern penalty area until Antoine Griezmann fired in from the edge of the box after 51 minutes. That turned out to be the crucial away goal.

Pep said: “I’ve been happy here and the goal was to reach the Champions League Final. We’ve tried everything. It’s up to the Press to say how my team here was.” Reaching a Champions League semi-final with City would be a start.

7) 2014 semi-final: Bayern 0 Real Madrid 5
Well, that didn’t go to plan. Guardiola’s first tilt at the Champions League with Munich was under extra scrutiny given that they were the holders. He had delivered the Bundesliga in record time but this catastrophe overshadowed the expected domestic bliss. According to his former assistant Domenec Torrent, there was discontent in the camp before the second leg 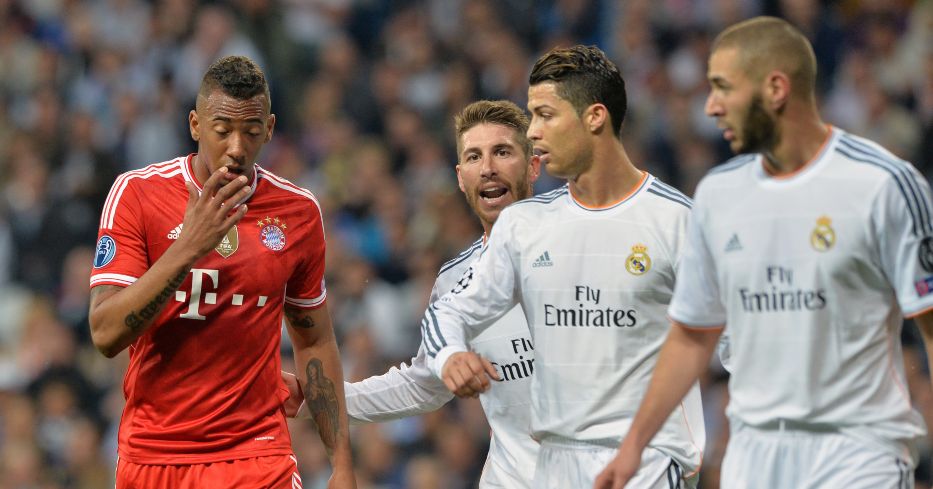 6) 2017 last 16: Manchester City 6 Monaco 6
Pep was new in town and saw what he had to fix over the course of this damning but thrilling last-16 tie. A backline that consisted of Willy Caballero, big-money signing John Stones and Nicolas Otamendi were not enough to quell Kylian Mbappe, Radamel Falcao and Fabinho over two legs. City won a manic first leg by two, despite looking like a team that was leaking from the cockpit to the fuselage. In the second leg, the 18-year-old Mbappe ran amok as did one Benjamin Mendy. If you can’t beat them…

And City didn’t, losing the crucial third goal when they were just 13 minutes away from qualification. Yaya Toure watched from the bench as Fernandinho struggled in the middle of the park against the quickfire French. Yet another tactical mistake?

5) 2019 quarter-final: Manchester City 4 Tottenham 4
Kevin de Bruyne and Leroy Sane came on in the 89th minute of the first leg, which got away from City after Sergio Aguero missed a penalty and Son Heung-min’s shot squirmed under Ederson. This cautious approach was not reflected in the second leg which saw a barrage of five goals in the first 21 minutes. Even without the injured Harry Kane, Tottenham got in behind their opponents far too easily, making criminal errors that led to Son’s double.

Despite an Aguero strike to make it 4-2 on the night, Fernando Llorente unsettled City to score the crucial seventh goal on the night. When Raheem Sterling appeared to win it in injury time, Guardiola jumped up in total delirium only to slowly realise that VAR would show that Sergio Aguero’s assist began from an offside position. Pep’s slump to the floor said more than enough about the agony he felt.

“It’s tough. It’s cruel but we have to accept it.”

4) 2015 semi-final: Bayern Munich 3 Barcelona 5
Guardiola’s return to the Nou Camp could not have been uglier as his German side were destroyed by Lionel Messi and company in the final 13 minutes of the tie.

Before the match, Pep said: “There is not a system or coach to stop talent of Messi’s magnitude.”

So when the former Barca boss started with a back three of Rafinha, Boateng and Medhi Benatia, Messi, Neymar and Luis Suarez were already salivating. However, Guardiola ditched the system and the visitors coped pretty well to an extent. But they were undone as Manuel Neuer was beaten at his near post by the number 10 who then dinked in an absolute beauty. Neymar mortally wounded Munich in injury time.

The second leg was Mission Impossible against a Barcelona who were more of a rampant animal with the flying arrows of MNS.

3) 2020 quarter-final: Manchester City 1 Lyon 3
Despite the ravages of Covid, the Blues were enjoying their time after successfully overturning a two-year ban in European competitions, while finally beaten a heavyweight in the knockout rounds when they finished off 13-time winners Real Madrid in the last 16 at an empty Etihad. The one-leg format of the last eight was played in Lisbon and Lyon, seventh in the French league, awaited.

Centre-back Marcelo said: “Football is incredible, sometimes incomprehensible things happen. In Lisbon, without the supporters, on neutral ground, anything can happen. It’s 50-50.”

What the Brazilian couldn’t predict was Guardiola mixing up the team again, choosing a three man central defence against Lyon’s quick young team, leaving the two Silvas and Riyad Mahrez on the bench. It didn’t work in an awful first half that saw Maxwell Cornet score. Kevin De Bruyne restored parity as City rose up after the break, but then Moussa Dembele grabbed a controversial second and benefited from an Ederson howler for the third after Raheem Sterling somehow missed a sitter. 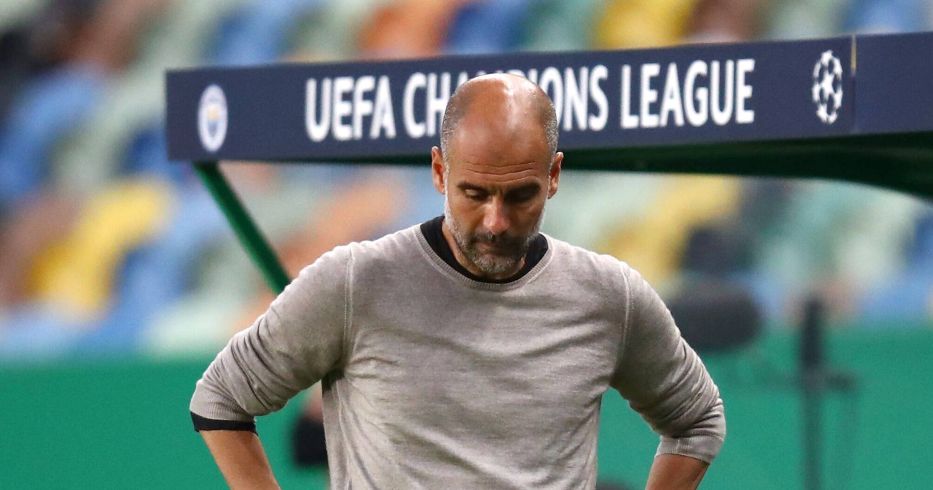 2) 2018 quarter-final: Manchester City 1 Liverpool 5
The fear had already started in a Merseyside dressing room, although it was at Goodison not Anfield. Before City’s 3-1 win over Everton in the league, Pep Guardiola was obsessing about Liverpool’s forward line as his side prepared to face them in midweek. “The forwards for Liverpool are good. Those three up front. They scare me. They are dangerous,” he told his colleagues. “Pep, it is only them,” the City manager was told by his performance analyst, Carles Planchart.

Pep’s worries transmitted and traumatised the team because it was “only them” that did the damage. Sadio Mane and Mo Salah scored in the 3-0 blitz at Anfield that followed while Salah and Roberto Firmino got the goals in the return leg victory at the Etihad.

1) 2012 semi-final: Barcelona 2 Chelsea 3
This is where the curse began. Having sneaked past Chelsea due to an injury-time Andres Iniesta goal in a deeply controversial 2009 semi-final, this was double payback time.

Barca had lost to a Didier Drogba goal in London, but they unleashed all fury on the Blues at the Nou Camp. Iniesta and Sergio Busquets put them 2-0 up either side of John Terry’s dismissal for violent conduct. Surely, that was that. The captain wasn’t even going to go down with the ship.

Not so. Ramires scored a beaut by chipping Victor Valdes just before half-time to put a spanner in the Spanish Armada. Even so, Barcelona would swamp them after the break as Lionel Messi crashed a penalty against the bar and then struck the post. Such was the madness that Fernando Torres put away his misfit status and coolly rounded off the night with a breakaway goal to seal Chelsea’s party pooper status in Munich for the final.