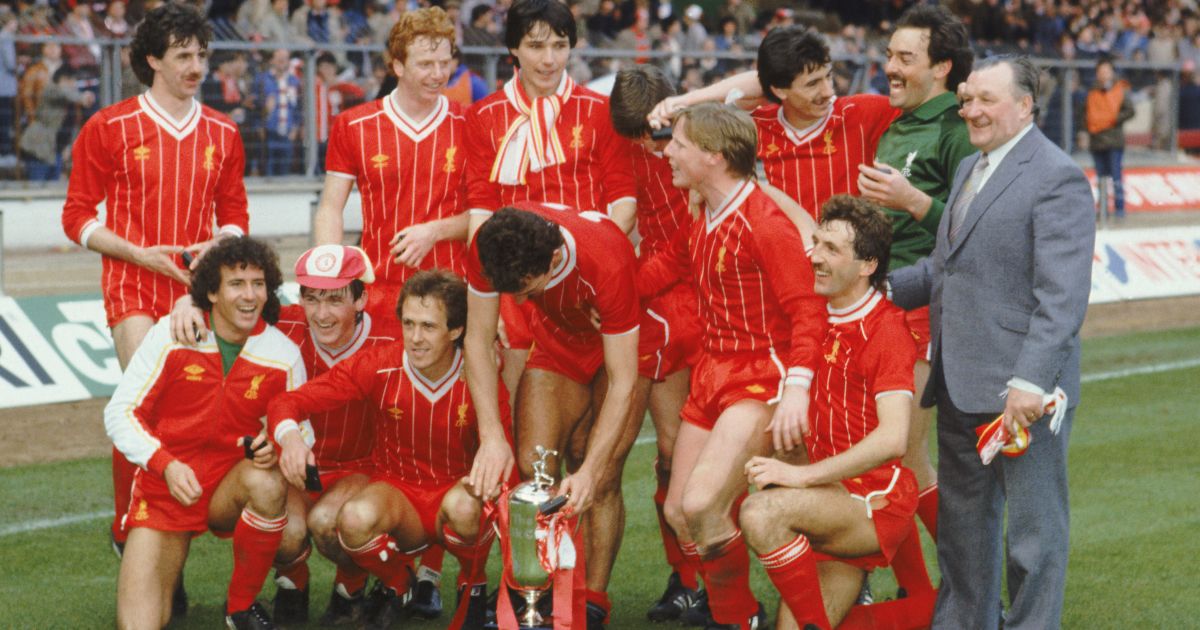 The 2022 League Cup final takes place between Chelsea and Liverpool on Sunday and while Carabao is better than EFL, it’s no Coca-Cola.

It’s the Carabao Cup final this week. Who’s going to win it, Liverpool or Chelsea? Don’t know, don’t care. But we do know and care that the Carabao Cup is a rubbish name; so which of the assorted names by which the League Cup has been known is the best? Find out definitively by reading on.

10. EFL Cup (2016/17)
We’re weirdly fond of the fact that Jose Mourinho’s final domestic trophy in England was the renamed and briefly sponsorless EFL Cup. He is the only winner of the EFL Cup because he is Special. Your Guardiolas and Your Klopps can’t say that. Anyway, the names without sponsors are by definition the worst names, and EFL Cup is worse than Football League Cup because a) it’s an inaccurate name for a competition in which 22 per cent of the competitors (and, let’s be honest, all the likeliest winners) didn’t actually play in the EFL, and b) EFL is a worse name than Football League. We’ve said it before and we’ll say it again: EFL sounds like a right-wing party formed by a bunch of lads who thought UKIP had gone soft and mainstream. Who wants to win a cup named after that? Jose Mourinho, apparently. Interesting.

9. Football League Cup (1960/61-1980/81)
You can see what the old boys who came up with the competition were thinking here. Go with something classic and simple, just like the venerated “FA Cup”. But it’s a rubbish name for two reasons. One, absolutely nobody ever used this name. If you’re naming it generically, you never called it the Football League Cup – or the EFL Cup for that matter. It’s the League Cup, isn’t it? Also a bad name because the first word is superfluous and the last two words are an oxymoron. Are you a league or a cup, you confusingly named mystery that will one day become an intolerable burden on mid-table Premier League managers? At least the arrival of sponsors well before 1992 meant it was spared the EFL Cup’s fate of having an inaccurate as well as bad name.

7. Carabao Cup (2017/18-)
As a grown adult man who still doesn’t trust any hot drinks (apart from delicious beefy terrace staple Bovril, of course), the energy drink boom has been a godsend. Just because we’ve got a child’s palate doesn’t mean we don’t need something heavily caffeinated to get us through each day. No energy drinks taste nice – they’re not meant to – but you have to admire Carabao’s absolute commitment to making their USP the actively, provocatively horrific taste of their low-rent Red Bull rival. While it remains a mystery for the ages as to what flavour their ‘Original’ is meant to be, the others are all named after delicious healthy fruits they taste absolutely nothing like. Awful, awful stuff and while it continues a proud recent tradition for alliteration in the name of everyone’s third favourite English football trophy, it is a sh*t name for a cup. Despite all that, our main gripe with it is that we’ve seen far, far, far too many people call it the Caribou Cup.

6. Carling Cup (2003/04-11/12)
And talking of unpleasant-tasting fizzy drinks. Still, at least this one is harder to misspell which bumps it one whole place up the list. The longest-lasting of all the assorted sponsors yet somehow the least memorable.

5. Rumbelows Cup (1990/91-1991/92)
An electrical retailer who at the height of their powers had 285 stores across the UK. But apparently they never turned a profit in their 24 years of existence. If a two-year sponsorship of the League Cup didn’t turn things round, then clearly nothing could and just three years later Rumbelows had gone for good. Despite their brief stay at the League Cup helm, they left their mark. It was a pleasing name to say for one thing, and more importantly they also brought back the original three-handled League Cup trophy that had been awarded in the first 20 years of the competition and has been ever since the Rumbelows lads took over. Although given the success of Rumbelows as a business, there is a very decent chance that this was perhaps less an altruistic desire to restore the competition’s traditions and more that they couldn’t afford their own pot.

4. Worthington Cup (1998/99-2002/03)
Far too associated with both codes of rugby really, but a good, solid English sponsor. Were still the sponsor less than 20 years ago yet it feels like a name from about a hundred years ago. It’s somehow a more wholesome name than the sponsorless versions for reasons that we can’t even begin to explain or justify. We have a great fondness for the Worthington and may go back to calling it that.

3. Coca-Cola Cup (1992/93-1997/98)
With all due respect to the other names on this list, there is something quite incongruous about the presence of a genuine global superbrand in amongst them all. Drably corporate that all may be, but it was also without doubt the most pleasing of the assorted alliterative names to say.

2. Littlewoods Challenge Cup (1986/87-1989/90)
Everyone is going to have a clear fondness for the name when they first became aware of the competition and so to me there’s a little part of the League Cup that will be forever Littlewoods. Grand traditions in the game, of course, thanks to the pools. Fun fact about what an idiot child I was, when they used to give out ‘pools panel’ results in the classifieds I didn’t know what the pools were and thought a bunch of lads got to decide the official result of games that didn’t take place which made seven-year-old me very angry. The sheer absurd injustice of it all. How was nobody else furious about this? Oh right, that’s why. What’s that ‘Challenge’ doing in the name, though? What’s all that about, eh?

1. Milk Cup (1981/82-1985/86)
Just brilliant. That English football’s first major, groundbreaking leap into the scary world of sponsorship should be for Milk. Does milk need the benefits and raised awareness provided by such a move? We are pretty confident that more people are aware of milk than are aware of the League Cup. If it hadn’t happened, Viz would have had to invent it. The Milk Cup! Milk! Sponsored by Milk! It’s properly mad when you think about it. Milk! They’re lucky there’s all that to make it so good, but bringing in their own trophy and, criminally, making it not an actual cup that you could drink milk, champagne or anything out of, is an absolute disgrace. You have to be able to drink from a cup; that should be a basic rule. The arrogance of Big Milk to think they can just trample all over that obvious fact is appalling. Surely if anyone should have their heads screwed on about drink receptacles it’s the lads who run milk. Anyway, it’s a great name even if the ‘cup’ itself was sh*t. Also still the name your dad uses for the competition, which you always thought an absurd affectation on his part adopted specifically to annoy you but then you realise the Barclays hasn’t been the Barclays since 2016.