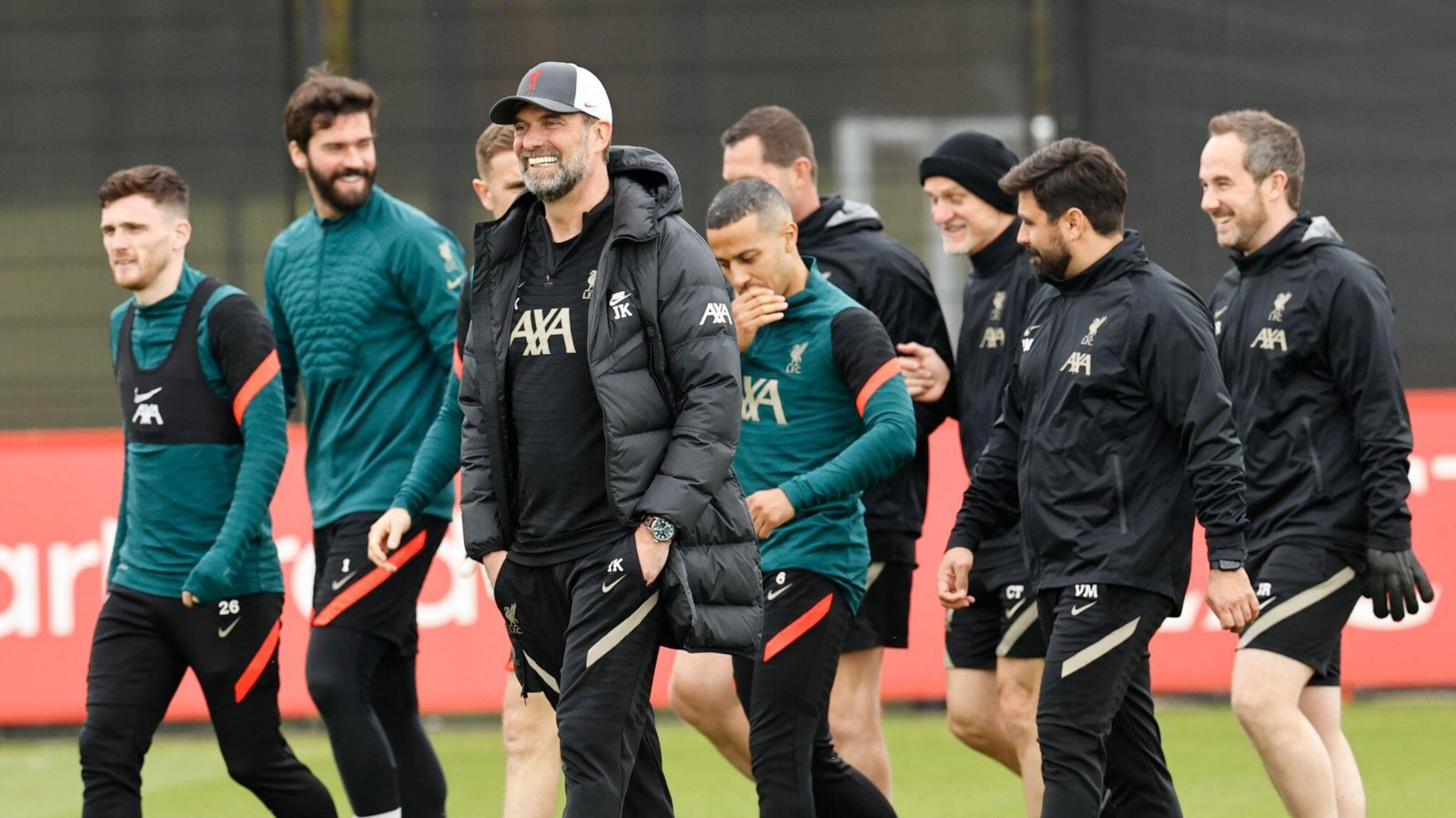 Liverpool are into single figures in terms of potential games to secure the Quadruple. Their safest remaining passage is Steven Gerrard.

Villarreal (Champions League semi-final first leg, home, April 27)
Liverpool have only lost the first leg of a European knockout tie when playing at home twice in their entire history. Chelsea advanced from the Champions League quarter-finals in 2009 by defending a 3-1 victory at Anfield with that ludicrous 4-4 draw at Stamford Bridge; Leeds reached the Inter-Cities Fairs Cup final in 1971 after Billy Bremner scored the only goal of the two games in front of the Kop. Villarreal are excellent but both history and the context of Jurgen Klopp having constructed one of the strongest teams on the continent make a setback unlikely.

Aston Villa (Premier League, away, May 10)
The wildcard. The head says Aston Villa and Steven Gerrard are on the wrong trajectory together so should be dispatched with aplomb. The heart protests that a volatile combination of narrative and vibes makes this trip remarkably treacherous. It really ought to be navigated with relative ease and no breaking of the Divock Origi emergency glass. But good lord, the build-up is going to be tiresome. ‘Liverpool legend Steven Gerrard insists his Aston Villa side will not hand the Reds an advantage in the title race,’ etc, so on, ad infinitum.

Southampton (Premier League, away, TBD)
There has been no official confirmation yet but the limitations of the Gregorian calendar and uncompromising restrictions of time itself dictate that Liverpool’s journey to Southampton will have to take place on May 17 or 18, sandwiched in the midweek between the FA Cup final and last match of the domestic season. Liverpool did lose on their most recent visit to St Mary’s but things were a bit weird then and Jordan Henderson and Fabinho probably won’t reprise their central defensive partnership. Saints were swatted aside 4-0 at Anfield in November, when Diogo Jota opened the scoring after 97 seconds and Virgil van Dijk rounded it off well before the hour. Even without expecting exactly the same outcome, Liverpool should be confident.

Wolves (Premier League, home, May 22)
Klopp wins the final game of Premier League seasons, except that time he stuck Adam Bogdan, Brad Smith, Cameron Brannagan, Kevin Stewart and Sheyi Ojo out at West Brom for a Hawthorns draw before the Europa League final in 2016. Otherwise, Liverpool’s aggregate score on the last weekend under the German is 14-1, including matches that were crucial for Champions League qualification and even, in 2019, a home game versus Wolves that required victory to stand any chance of overhauling the slender advantage that defending champions and leaders Manchester City had built up at the top. It is simultaneously true that Wolves always provide a tough challenge, yet Liverpool have beaten them 10 times straight in the Premier League while conceding only twice.

Villarreal (Champions League semi-final second leg, away, May 3)
In their previous two Champions League knockout ties this season, Liverpool established solid first-leg leads away that granted them room for manoeuvre at home, losing to Inter Milan and drawing with Benfica. Villarreal will offer them no such breathing room: Unai Emery’s side kept things tight at El Madrigal by drawing with Juventus and deservedly beating Bayern Munich 1-0, consummately defending those advantages in the return leg. The Reds will be favourites but concentration and patience is crucial.

Klopp: "I already respected Emery a lot, but now… wow. It's impressive"

"We have analyzed Villarreal a lot." pic.twitter.com/64DZN413gT

Tottenham (Premier League, home, May 7)
This looks a whole lot less daunting than it did about a fortnight ago, when Tottenham boasted the single greatest attacking trio ever devised in sport and Antonio Conte was staying for life. Now Spurs cannot muster a shot on target across 180 minutes against Brighton and Brentford and Conte is off again. Liverpool’s record in Premier League fixtures directly after European games this season is solid enough – P10 W7 D2 L1 F28 A8 – but Tottenham have beaten Manchester City twice this campaign and forced a 2-2 draw at home to the Reds in December. They are capable of any madness, good or bad, across the spectrum.

Newcastle (Premier League, away, April 30)
In a Premier League table comprised solely of results this calendar year, Liverpool lead second-placed Newcastle by six points. Eddie Howe understood the assignment and subsequently refined a disorganised defence, devised a competent attacking system and installed a reliable brilliance at the Magpies’ core. Liverpool laboured past Newcastle with their stabilisers on in December; this confident and coherent version of the club is a genuine threat.

Chelsea (FA Cup final, Wembley, May 14)
The absolute state of that Carabao Cup final. Chelsea had three goals ruled out for offside, hit the post and forced some fine saves from Caiomhin Kelleher at Wembley before Kepa Arrizabalaga did some things. Liverpool were excellent and had their own chances but it was damn close and Thomas Tuchel loves a knockout tournament. He has faced Klopp’s Reds four times since moving to Stamford Bridge, losing only on penalties in February, drawing a couple of wonderful Premier League meetings this season and winning at Anfield last March. Outside of a possible Champions League final, it is the most daunting obstacle remaining on the route to unprecedented glory.