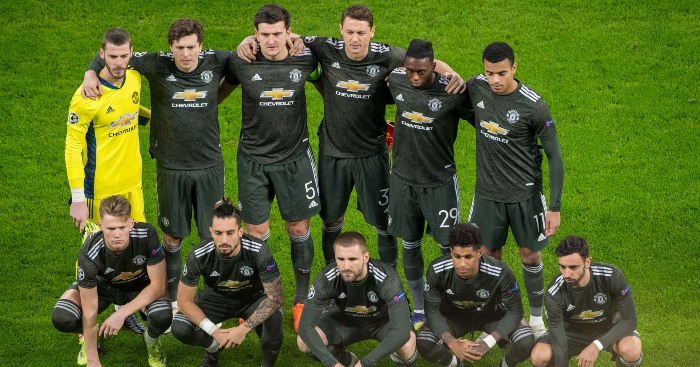 We have included only the 17 Manchester United players who have played over 100 Premier League minutes and only the outfield players. So these are attempted passes TO these players per 90 minutes…

17) Aaron Wan-Bissaka (42.5)
We’re not saying that Manchester United players do not trust AWB with the ball but, well, that’s exactly what we are saying.

16) Edinson Cavani (44.5)
As expected for an out-and-out striker; Cavani touches the ball less than any other United player.

15) Mason Greenwood (46.1)
The real worry is how little he touches the ball in the penalty area; he takes almost half his shots from outside the area.

14) Scott McTominay (50)
Curiously low numbers for a central midfielder. Is he being bypassed?

10) Daniel James (52)
Involved far, far more than Greenwood, with the Welshman taking double the number of touches in the penalty area per 90 minutes.

9) Anthony Martial (52.2)
No sign that his teammates are avoiding him and his poor, poor form.

5) Alex Telles (61.4)
A massive contrast not just with Wan-Bissaka but with Shaw; Telles actually touches the ball more times per 90 minutes than any other United player. United have won all three games he has started.

4) Paul Pogba (62.6)
He might be leaving in January but his teammates clearly still look for him.

3) Donny van de Beek (65.2)
His teammates seek him out but he is only safely receiving 78.5% of passes and ultimately touching the ball considerably less than Pogba.