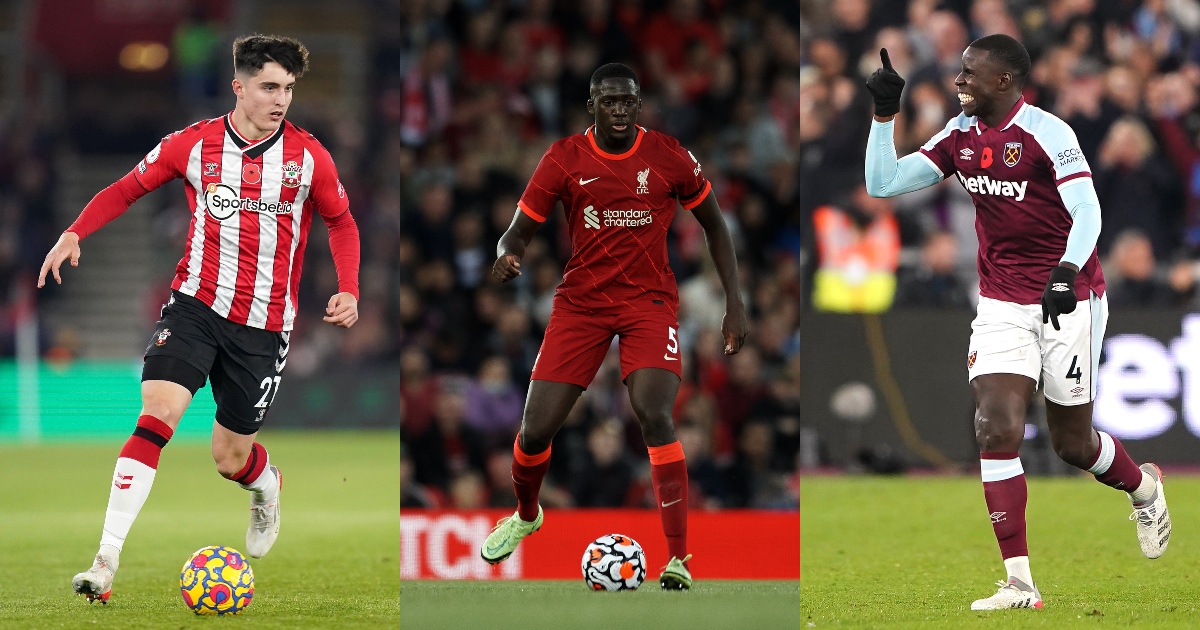 Only one of the Big Six has a player in the top six as we rank the Premier League clubs according to their best summer signing. The Arsenal lad is the best of the lot.

20) Leeds: Daniel James – £25million
According to the WhoScored ratings, there have been 15 better Leeds players than James this season. And Leeds have been *checks notes*… sh*t. Jack Harrison and Junior Firpo, the other summer signings, are 17th and 18th respectively.

19) Newcastle: Joe Willock – £25million
Suffering the permanent signing jitters, Willock has failed to contribute to a goal this season after eight strikes on loan in the second half of last term. A default inclusion from a passive summer ahead of the winter madness.

17) Liverpool: Ibrahima Konate – £36million
Looked as comfortable against Crystal Palace and Manchester United as he did lost against Brighton. He was frequently caught out of position and was unable to swat the buzzing Seagulls aside like the man mountain alongside him.

16) Tottenham: Emerson Royal – £26million
We’ve not seen nearly enough of Bryan Gil to properly judge, but he looks a lovely footballer. Emerson Royal has been half decent; high praise indeed for a Spurs player this season.

15) Chelsea: Romelu Lukaku – £98million
Came back to the Premier League with a roar, before his performances petered out and then stopped altogether through injury. There should be far more to come.

14) Leicester: Patson Daka – £27million
A goal and an assist in four substitute appearances in the Premier League and one extraordinary Europa League outing that provided great hope for Leicester continuity.

13) Watford: Emmanuel Dennis – £4million
The Nigerian striker must be wondering what all this ‘toughest league in the world’ nonsense is all about. In four Jupiler Pro League seasons, Dennis’ greatest return saw him notch seven goals and four assists. He already has three of each in ten Premier League games. Child’s play.

12) Norwich: Mathias Normann – loan
The former Brighton midfielder, on loan from Rostov, is way out in front of his Norwich teammates according to the WhoScored ratings. He’s keeping Billy Gilmour – expected to be the star loan signing – out of the team and has already earned rave reviews from new boss Dean Smith, who said the Norwegian “can go as far as he wants” in the game.

10) Brentford: Kristoffer Ajer – £14million
Thomas Frank claims Ajer has “the character and ability on the ball” to live up to hype that’s led to comparisons with Virgil van Dijk. That’s a comparison based more on them both being centre-halves who moved south of the border from Celtic than anything else, but Brentford’s dip in form has coincided with Ajer’s absence through injury. He, like Van Dijk, has very quickly become very important to his club.

9) Wolves: Hwang Hee-chan – loan
Four goals in six Premier League starts and part of what is a very exciting group of Wolves forwards. A decent run of form from any one of Hwang, Raul Jimenez, Pedro Neto, Daniel Podence, Francisco Trincao or Adama Traore could easily see them snapped up by one of the big boys. Hwang is already attracting admiring glances from the very biggest.

8) Burnley: Maxwel Cornet – £13million
To quote former Burnley boss Stan Ternent, Cornet is playing with “a chuckle in his boots” – isn’t that lovely? The former Lyon star has scored four of the Clarets’ ten Premier League goals this season and has started just five games.

6) Everton: Andros Townsend – free
An absolute screamer against Burnley and a celebration against Manchester United that we will continue to assume was a piss-take, despite Townsend’s explanation to the contrary. Could easily have been Demarai Gray, who’s also been brilliant.

5) Brighton: Marc Cucurella – £15million
Fortunately, Cucurella has the quality to further adhere him to the Brighton fans whose gaze was initially drawn by that bonny mane.

4) West Ham: Kurt Zouma – £30million
Described as a “colossus” by David Moyes, Zouma played the full 90 minutes of France’s World Cup qualifying win over Finland. That’s no mean feat considering the options Didier Deschamps has to call upon, and will presumably allay concerns that he may have been overlooked having swapped a European giant in Chelsea for a ‘lesser club’ in West Ham. A brilliant footballer who’s significantly improved an already very good football team.

3) Crystal Palace: Conor Gallagher – loan
“Conor will come back to us in a completely different situation than he was six months ago and that’s the beauty of it,” Petr Cech said. It has worked out rather well, with Gallagher arguably the best Chelsea midfielder in the Premier League this season, albeit while not playing in blue.

2) Southampton: Valentino Livramento – £5million
The Gareth Bale-like full-back has played all but four minutes in the Premier League for Southampton. According to transfermarkt, his market value has doubled in three months and could easily octuple by the end of the season. Beware the buy back, Saints.

1) Arsenal: Aaron Ramsdale – £24million
Jamie Carragher has put his hands up, as most of us presumably have. His distribution has been brilliant, he frequently illustrates passion that’s been sorely lacking at Arsenal, and then there was that save. Ramsdale was the big stick among a summer bundle used to beat Arsenal. Looks as though Mikel Arteta and Edu did know what they were doing.