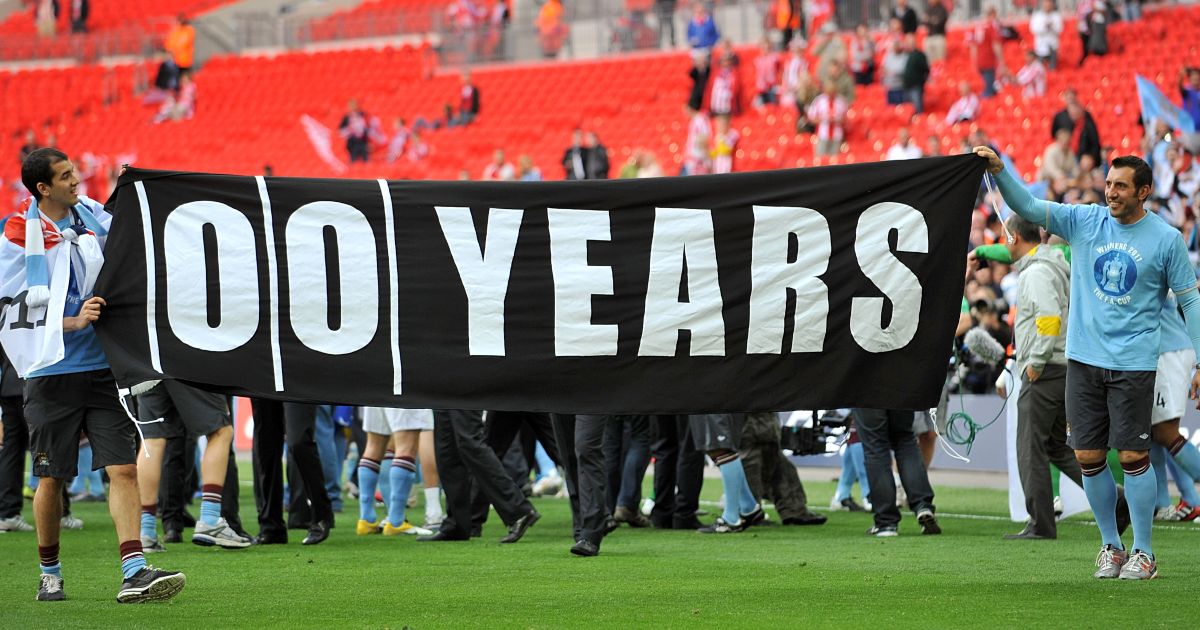 Manchester United are middle of the pack when it comes to the longest trophy droughts ever suffered by the 20 current Premier League clubs.

For the purpose of this ranking we are counting only major trophies and not including league titles from the second tier and below. And the gaps are counted from the club’s first silverware, not their formation. That would be a bit harsh.

Fulham (142 years and counting)
Aside from a Division One title in 2001, a handful of Division Two and Division Three (South) crowns and the 2002 Intertoto Cup, Fulham have a bare trophy cabinet to show after almost a century and a half of existence. They have lost two major finals in their history, with West Ham (1975 FA Cup) and Atletico Madrid (2010 Europa League) providing slightly different opposition. Roy Hodgson was their last manager to do so much as reach a quarter-final.

Brighton (119 years and counting)
The three-time third-tier, two-time fourth-tier and one-time Southern Football League champions have otherwise rarely threatened when it comes to major silverware. There was a 1910 Charity Shield win over Aston Villa when it was presumably considered to be slightly more than a pre-season Curtain Raiser. The Seagulls did reach the 1983 FA Cup final and even forced Manchester United to a draw at Wembley but one-game Liverpool captain Jimmy Melia watched his relegated side slip to a 4-0 defeat in the replay. When they returned to the national stadium in 2019 they managed a creditable 1-0 semi-final defeat to a Manchester City side headed for a unique domestic Treble. And no, those 14 Sussex Senior Challenge Cups count for nothing here, son.

Crystal Palace (115 years and counting)
By default of forming four years later, Crystal Palace hold a slight advantage over their bitter rivals. It should be said that any patron of Selhurst Park is contractually obliged to refer to themselves as a Zenith Data Systems ultra but the Full Members’ Cup was an unserious competition and thus that 4-1 victory over Everton in the 1991 final deserves to be overlooked. Other than that, Palace reached the 1990 FA Cup final but could not quite put the final nail in Alex Ferguson’s Manchester United reign, while Alan Pardew put a Bela Guttman-style hex on them forever with that sodding dance in 2016.

Sheffield United (96 years and counting)
It seems likely that the Blades will tick over into a century without silverware, the most recent of their five major trophies coming against Cardiff in the 1925 FA Cup final. They have frequented that stage just once since, losing 1-0 in 1936 to an Arsenal side that had won a third consecutive league championship the previous season.

Burnley (61 years and counting)
It took Burnley almost four decades to repeat their league title success of 1921, but when Harry Potts finally guided the Clarets to the crown ahead of Wolves and Tottenham in 1960 it was thought that a period of dominance might ensue. A European Cup quarter-final, an FA Cup final and consecutive top-four finishes in the subsequent three years was a handsome return but that tangible success never quite materialised for a side whose last FA Cup quarter-final appearance came in 2003. 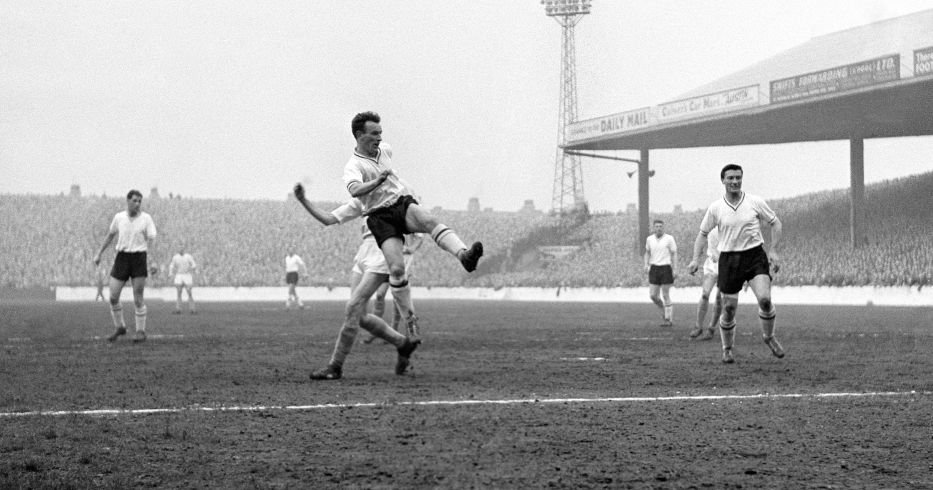 West Brom (53 years and counting)
That absolute sod Nwankwo Kanu put paid to any West Brom hopes of glory in the 2008 FA Cup semi-final, the Baggies having navigated a place in the last four without facing any Premier League opposition until that point. That was the last trophy they lifted when Jeff Astle broke Everton hearts after extra-time in 1968. West Brom have actually won as many FA Cups as the Toffees overall, which sounds silly but is a thing.

Newcastle (52 years and counting)
What exactly do Newcastle fans want? Not to have to pretend that beating Lillestrom in the 2006 Intertoto Cup is an honour worth mentioning in these discussions. That would be a start. There is no such doubt over the legitimacy of the 1969 Inter-Cities Fairs Cup, which the Magpies lifted by beating Ujpest to end what was then a 14-year drought since their last FA Cup victory.

Southampton (45 years and counting)
Lawrie McMenemy chose quite the moment to deliver Southampton’s only silverware to date. The second-division Saints sunk Manchester United in one of the finest Wembley shocks in history, the 1976 showpiece also being the last FA Cup final attended by the Queen. We are the champions etc and so on.

West Ham (41 years and counting)
The last team outside the top flight to win the FA Cup was, of course, West Ham. Arsenal never saw Trevor Brooking coming in 1980. The Hammers actually won the Second Division and finished as League Cup runners-up a year later, plugging that ongoing gap ever so slightly with a 1999 Intertoto Cup win over Metz. It will be 42 years since they won a trophy of note by the time Jesse Lingard’s hat-trick helps them to victory in the 2022 Champions League final.

Wolves (41 years)
In the case of Wolves, this is not yet their outright longest run without a major trophy but barring some form of miracle it soon will be. They won the 1908 FA Cup but had to wait until the 1949 edition to taste such success again, with their current barren spell stretching as far back as the 1980 League Cup victory over Nottingham Forest. Mind you…

It's probably too late for a parade 🏆🥳 pic.twitter.com/qEc24zBb7l

Aston Villa (37 years)
The resounding victory over Leeds in the 1996 League Cup final was the last time Aston Villa lifted a trophy outside the play-offs or the bloody Intertoto Cup. Those 25 dry years pale in comparison to the 37 they spent yearning for glory after the 1920 FA Cup final. A Peter McParland double in the same competition in 1957 pipped Matt Busby’s champions and European Cup semi-finalists.

Manchester United (37 years)
It was actually Busby who ended Manchester United’s own wait after the same length of time. Blackpool were outclassed at Wembley by a side in the middle of finishing second for three consecutive First Division seasons in 1948. The Red Devils had spent a decent amount of time in the second tier since Ernest Mangnall took them to their second title in 1911.

Manchester City (35 years)
Manchester United had handily provided a reminder to Manchester City as to how long it had been since their bitter neighbours won a pot, with the mocking banner at the Stretford End first appearing in 2002 and showing 26 years on the clock. It had ticked over to 35 when Yaya Toure scored the only goals in 1-0 semi-final and final wins in the 2011 FA Cup, laying the foundations for a club that would come to dominate the domestic game.

Leicester (33 years)
There was a period around the late 1990s when Leicester just decided that the League Cup was where it was at. Martin O’Neill guided the Foxes to the final of the competition in 1997, 1999 and 2000, beating Middlesbrough, losing to Tottenham and overcoming Tranmere respectively. It was actually the same tournament that brought Leicester’s first major honour when they beat Stoke in a two-legged tie in 1964. Five short years have passed since their Premier League triumph, with the prospect of a first FA Cup trophy in their history on the horizon next month.

Tottenham (30 years)
A total of 13 years will have passed by the time serial winner Ryan Mason steers Tottenham past Manchester City to League Cup glory on Sunday. They have uncharacteristically rarely gone all that long without silverware, their longest stretch coming between the 1921 FA Cup and 1951 First Division title. And it would be harsh to blame even Spurs too much for an actual World War. 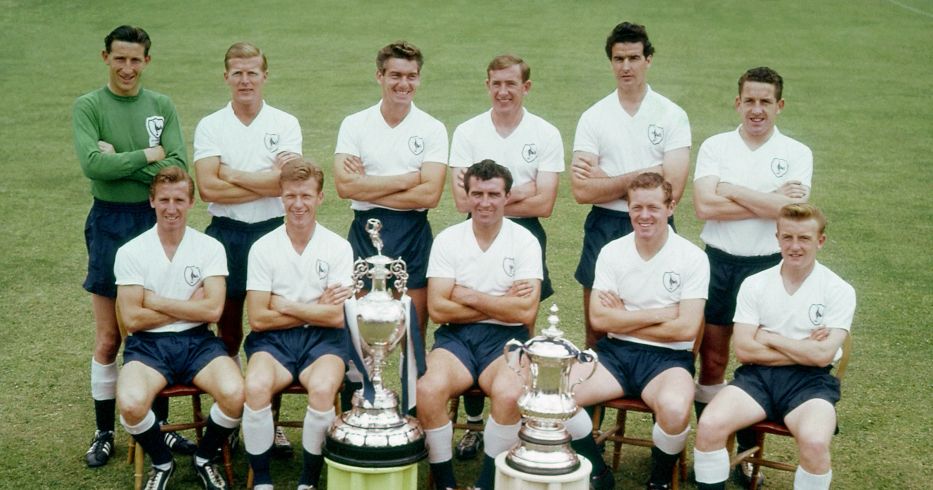 Leeds (29 years and counting)
Don Revie was the manager responsible for six of the seven major honours Leeds have won in their entire history. He guided them to the league championship in 1969 and 1974, the FA Cup in 1972, the League Cup in 1968 and the Inter-Cities Fairs Cup in 1968 and 1971. Some might point out that Jimmy Armfield was in charge when they absolutely definitely won the European Cup in 1975. But the 20-year wait for Howard Wilkinson to win the title again in 1992 was nothing compared to the near three decades of trophyless pain since. Leeds were in a Champions League semi-final (2001) more recently than they were a domestic cup final (1996 League Cup).

Everton (26 years and counting)
Carlo Ancelotti started managing in 1995 and the four years he has gone since lifting the 2017 Bundesliga and DFL-Supercup is the longest wait for a trophy he has experienced after winning his first in 2003. Then there is Everton, whose post-1995 FA Cup win run has included a solitary final in which they scored after 25 seconds and still lost. Something has to give. And it will be Uncle Carlo’s magnificent record.

Chelsea (26 years)
Managers will come and go but Chelsea will surely never come close to 26 years without silverware again. Their last 16 trophies have been won by seven different managers, while current incumbent Thomas Tuchel has reached an FA Cup final and a Champions League semi-final. The club had 13 coaches in the two and a half decades between Dave Sexton securing the 1971 Cup Winners’ Cup and Ruud Gullit delivering FA Cup success in 1997.

Liverpool (24 years)
When a quarter of Liverpool’s longest trophy drought ever was taken up by the Second World War, you do start to realise that they are historically pretty good at doing the football. That was certainly the case when they beat Sunderland to their third league championship in 1923, as well as when they pipped Manchester United to their fourth in 1947. Imagine going 24 years without winning a title. How incredibly embarrassing.

Arsenal (17 years)
It seemed like a lifetime had passed when Arsene Wenger finally ended his personal nine-year dry spell by eventually winning the 2014 FA Cup final in ridiculous yet typical circumstances. Arsenal themselves had gone almost twice as long between trophies before, edging the 1953 First Division title with a slightly superior goal average to Preston and then recovering from a 3-1 first-leg deficit to beat Anderlecht in the 1970 Inter-Cities Fairs Cup final. It is probably of equal likelihood that they win the Europa League this season or do not lift another trophy until 2037. 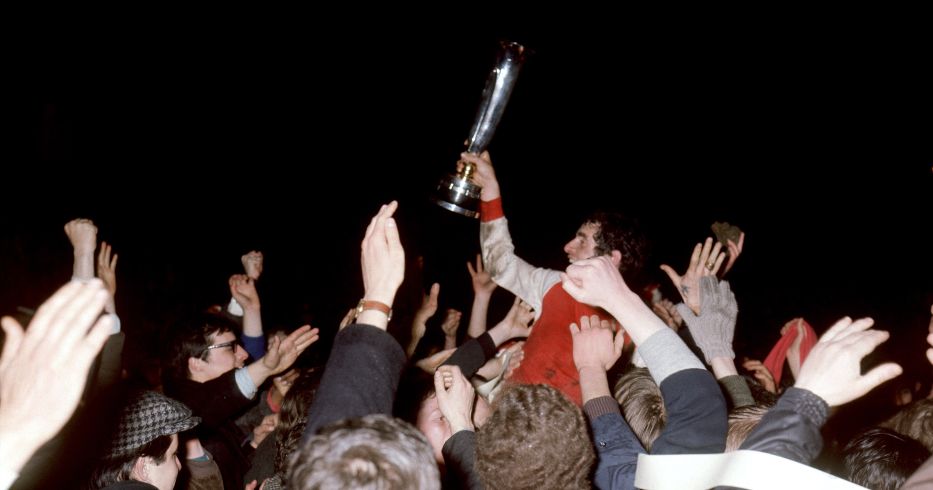