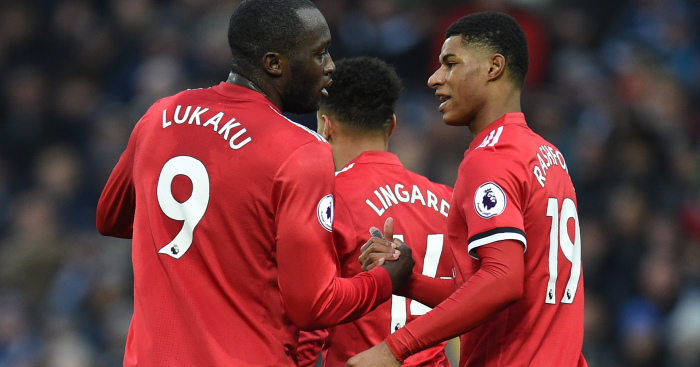 Paul Scholes has taken time out from his managerial duties to criticise Manchester United strikers this week. He says Edinson Cavani is a “very strange” signing and claims Anthony Martial has “conned” United fans into thinking he’s a proper striker, by scoring lots of goals. The goddamn fleecer. But how does Martial compare to the rest of the post-Fergie United strikers? We’ve ranked them by minutes per goal in the Premier League from the 2013/14 season onwards.

N.B. Odion Ighalo is yet to score a Premier League goal so isn’t included.

Sanchez had an agreement in place with Manchester City before United came knocking and has come to regret his decision to move to the red half of Manchester. The Chilean has since said he wanted to return to Arsenal after his very first training session at Carrington, claiming United “weren’t united”. It’s a bit of a recurring theme among similar kinds of players at Old Trafford: Angel Di Maria and Henrikh Mkhitaryan have also pointed out a lack of squad cohesion. Were they rubbish because they weren’t truly accepted? Or were they not truly accepted because they were rubbish?

A long-haired, South American striker who scored goals for fun everywhere else but failed to make a significant impact in the Premier League. He was Diego Forlan the second, but was he Edinson Cavani the first?

A goal every 119 minutes in the three seasons before Sir Alex Ferguson retired, Chicharito was a proper goalscorer.

17 goals and 12 assists in the first post-Fergie season, Rooney’s goal output suffered as he dropped deeper and deeper under Louis van Gaal then Jose Mourinho.

A string of injuries to first team strikers and an untimely one for Will Keane, the youngster primed to enter the fray, meant opportunity knocked for Marcus Rashford MBE. A brace on debut against Midtjylland in the Europa League and another three days later to secure victory over Arsenal at Old Trafford. That’s how to grasp the nettle. A leader for club, country and in society, his critics would be wise to remember he is still just 22-years-old.

Today, 490,000 children across the UK are sitting in class worried to death about not being able to access food during October Half-Term.

Worried sick about going hungry when the school closes.

Let that sink in.

He’s got talent to burn and has wasted it for the vast majority of his United career. Some stunning displays post hiatus last season suggest he could finally be living up to his obvious potential. Or he could start sulking again, both are as likely as each other.

The “donkey” said he “didn’t have the energy” to spend another season at Manchester United. Lukaku admits he was in a dark place at the end of his United career; who can blame him. He was one of the top patsys in the era of United scapegoats, with the criticism harsh and frequently misplaced. Lukaku has scored 60 goals in the two seasons either side of his spell at United. He was not the problem.

Romelu Lukaku was still performing for Belgium when he struggled for us. Fans blamed Lukaku and said he was rubbish. He moved to Inter and scored 34 goals in his debut season.

Despite Pogba’s problems at United, he’s still dominant for France and that speaks volumes to me.

26 goals and 15 assists to win Ferguson the title in his last Premier League season and a serviceable output after that. He scored a goal every 110 minutes in the season after he left Old Trafford. Did he go too soon?

How much would Welbeck have achieved without the crippling injuries? The mental fortitude to come back time and again deserves a huge amount of credit; it gets harder and harder. He clearly bloody loves football and at just 29 is currently clubless. Please someone sign him.

With United failing to sign Jadon Sancho or any of the innumerable alternatives, Greenwood looks set to feature heavily on the right wing again this season. Alan Shearer claims he could beat his Premier League goalscoring record; whether you agree or not, he’s not going to do it from out there.

The self-professed “God of Manchester” looks down on the United underlings. His spell Old Trafford was relatively lean compared to what came before and after, but Zlatan made an impression, as Zlatan always does.