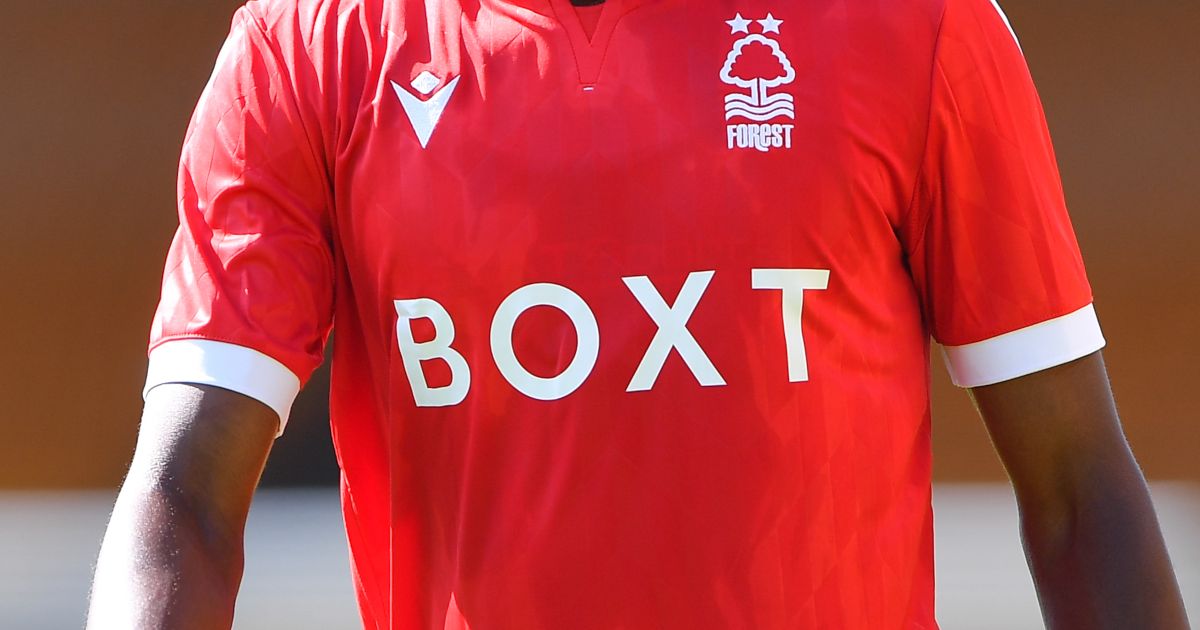 The Championship season is now tantalisingly close and with the majority of clubs having already released their home kits, we’ve ranked them all from worst to best. As of writing, Luton Town are the only Championship club yet to release their home kit.

23. Cardiff
We kicking off with a really poor attempt from adidas here as the Cardiff home kit comes in as the worst of the season.

Its thick colour looks hideous and the shirt doesn’t have many other redeeming factors. 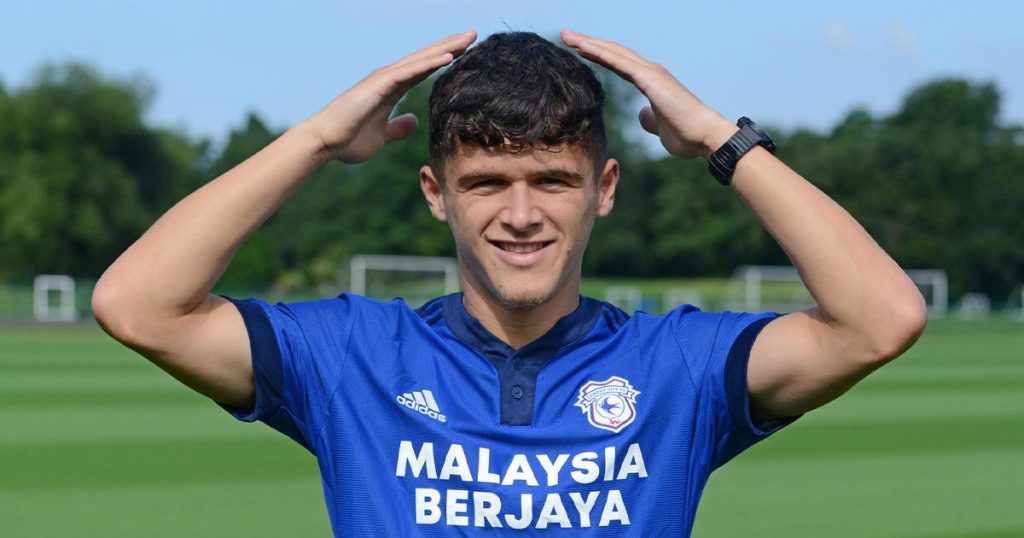 22. Fulham
Fulham have kept us all eagerly awaiting the release of their home kit this year. Was it worth the wait? Probably not.

The multi-coloured sponsor clashes with the pin stripes, and overall it’s just a bit of a mess. 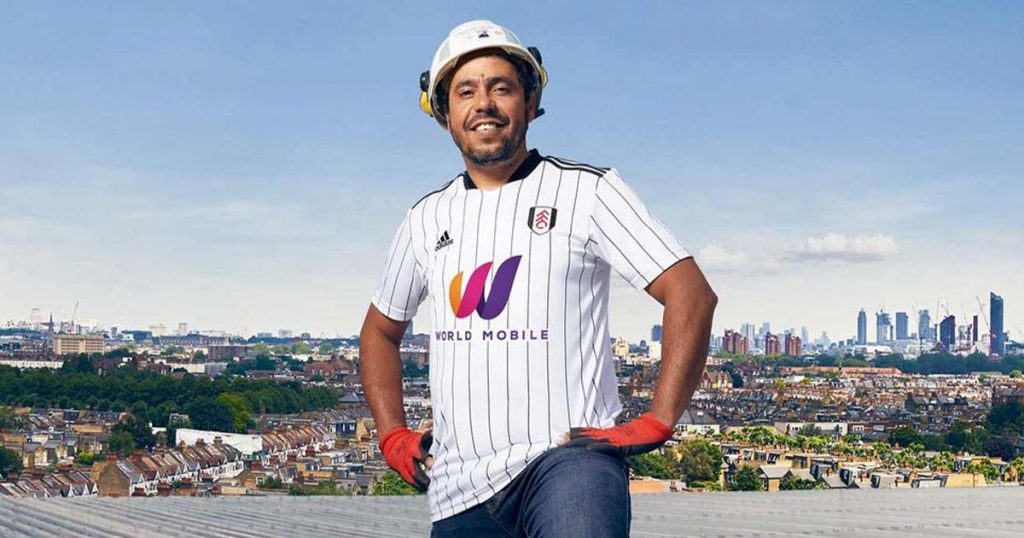 21. Blackpool
This one’s a bit of a Marmite kit; you’ll either love it or hate it.

By its placing on this list, you can probably guess which side of the fence I’m sitting on. It gets some points for originality, but it’s still a bit of an eyesore to look at. 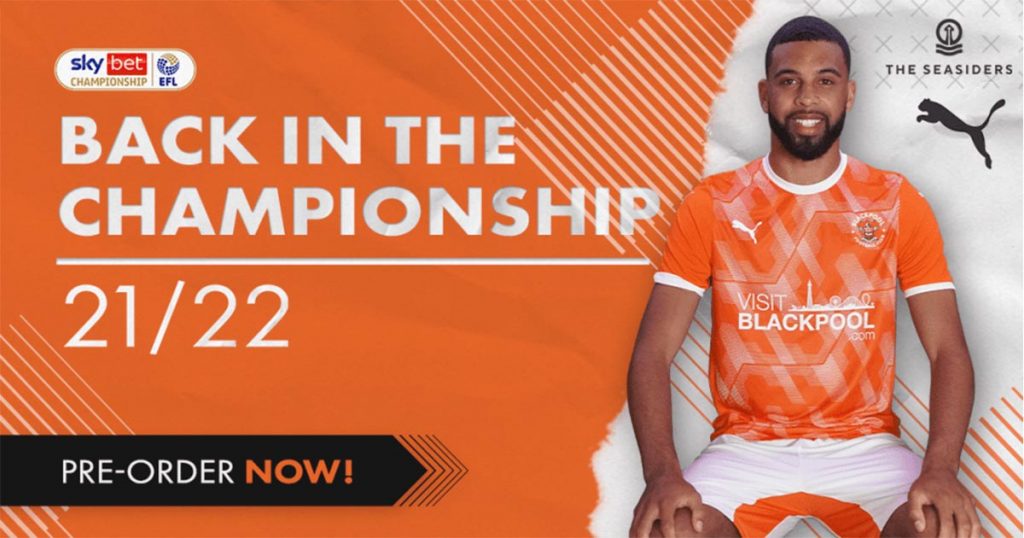 20. Barnsley
It’s very safe from Barnsley this year who have done a bit of a copy and paste job on their kit from last season.

They’ve made a few minor tweaks – it features a subtle pickaxe design on the front of the shirt as a nod to the town’s industrial heritage – but otherwise this one is pretty similar. 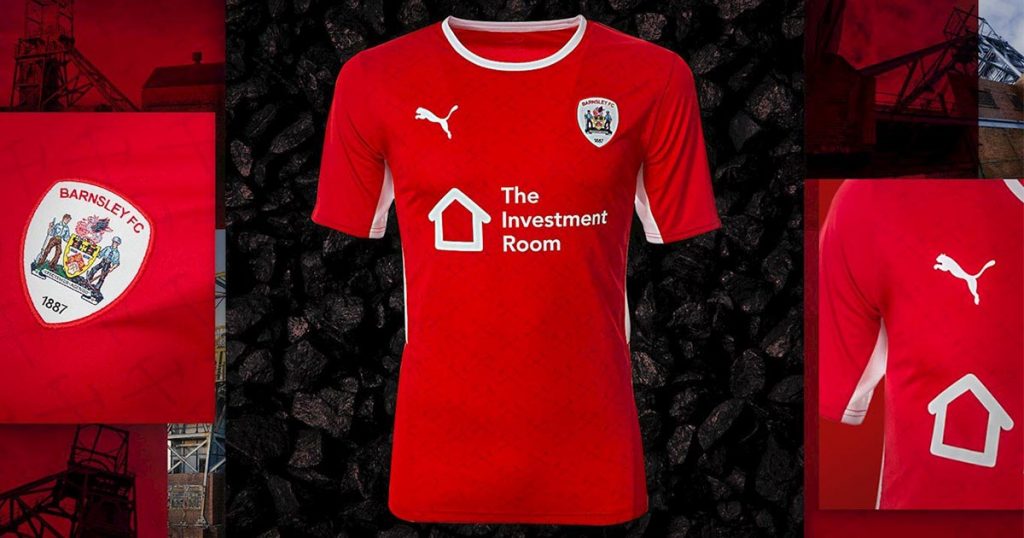 19. Peterborough
Puma have gone for a bit of a whacky design for Peterborough this season and, although it’s unique, it’s not the best.

If you’re a fan of the ‘seat belt’ football kits then you’ll probably be a fan of this one, but if not, this one isn’t for you. 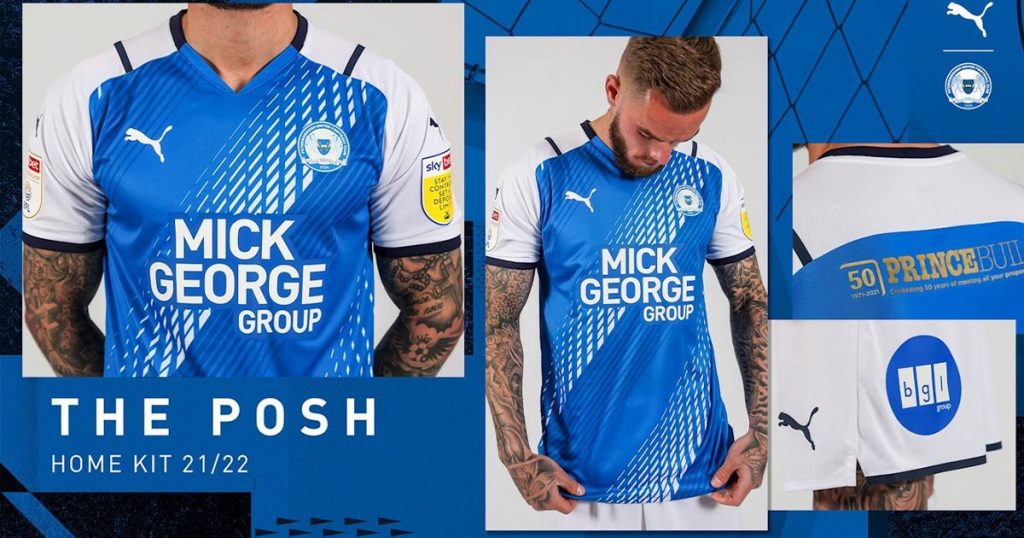 18. Bournemouth
It’s not an awful kit by any means, but it doesn’t quite live up to the beauty that Umbro produced for the Cherries last season.

This time, they have gone for the thinner stripes and a bit more of a simple design for the rest of the shirt. 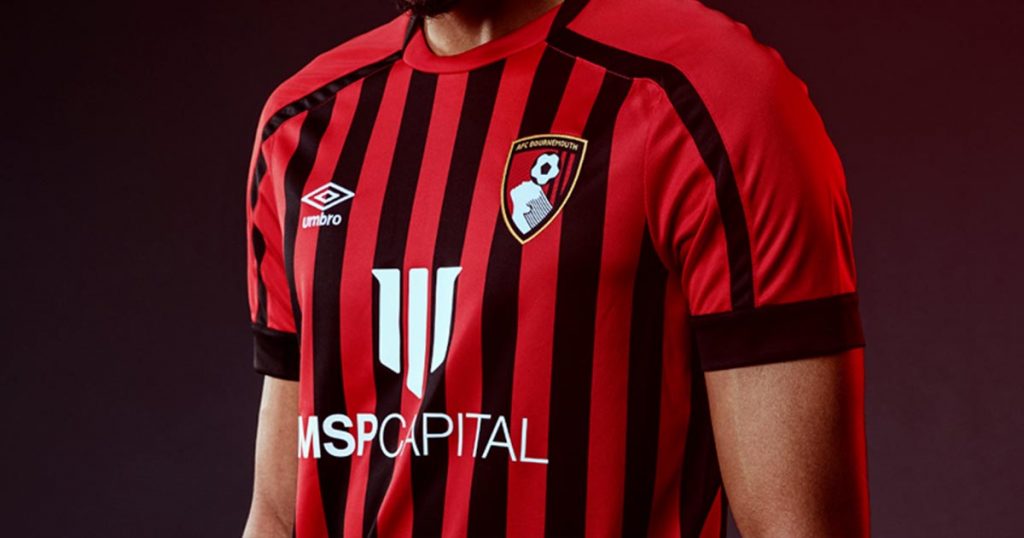 17. Hull
Hull have ditched their traditional stripes this season and have certainly made this one memorable.

It does look a bit like a car has just run over it, but this one’s probably going to be another opinion-splitter. 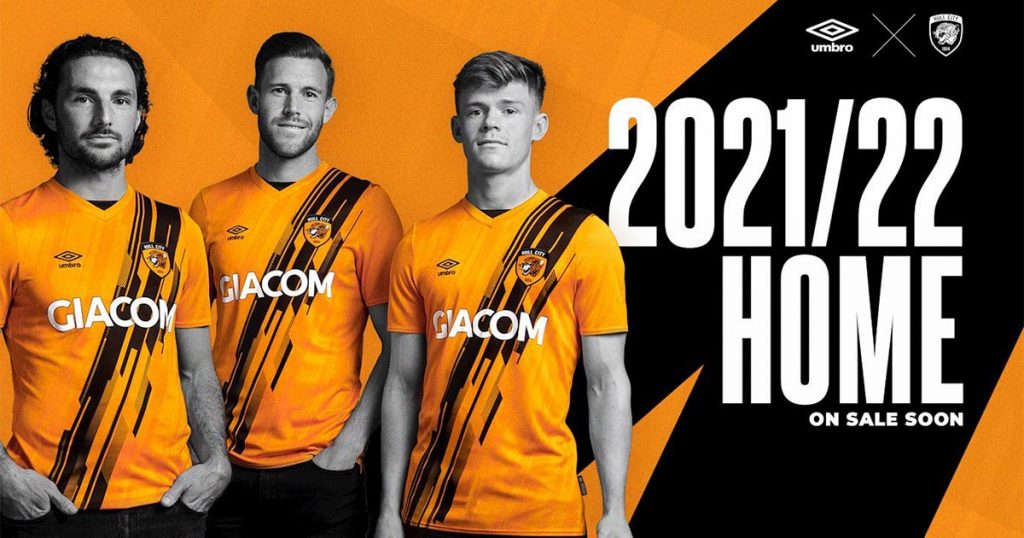 16. Stoke
At the end of the day there’s probably only so much you can do with red-and-white stripes.

It’s a solid-looking kit, just not the most creative. 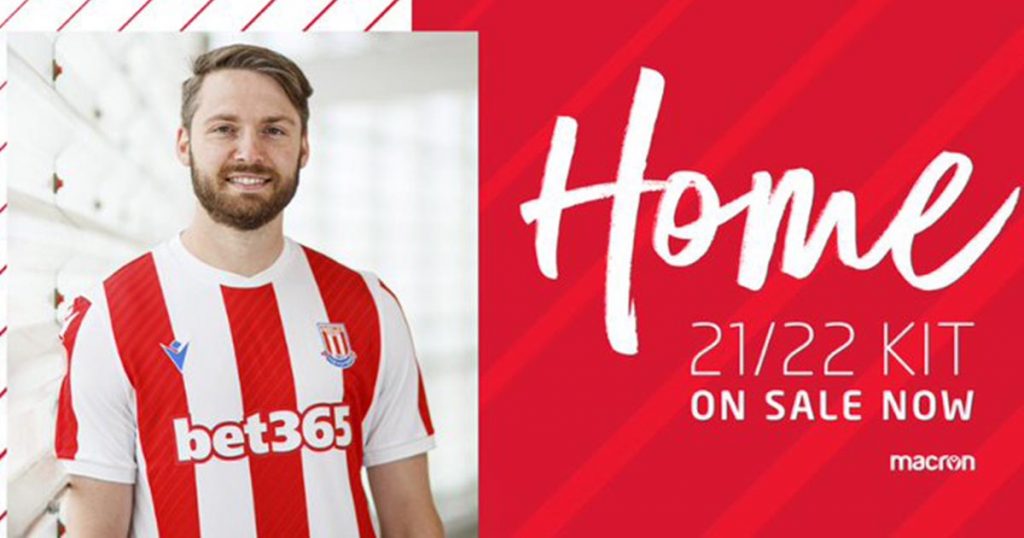 15. Bristol City
Not a bad attempt here from Hummel. There are some nice details on this one, although I’m still a bit uneasy about the badge being in the middle of the shirt. For an international shirt, yes. But for club football? I’m not so sure. 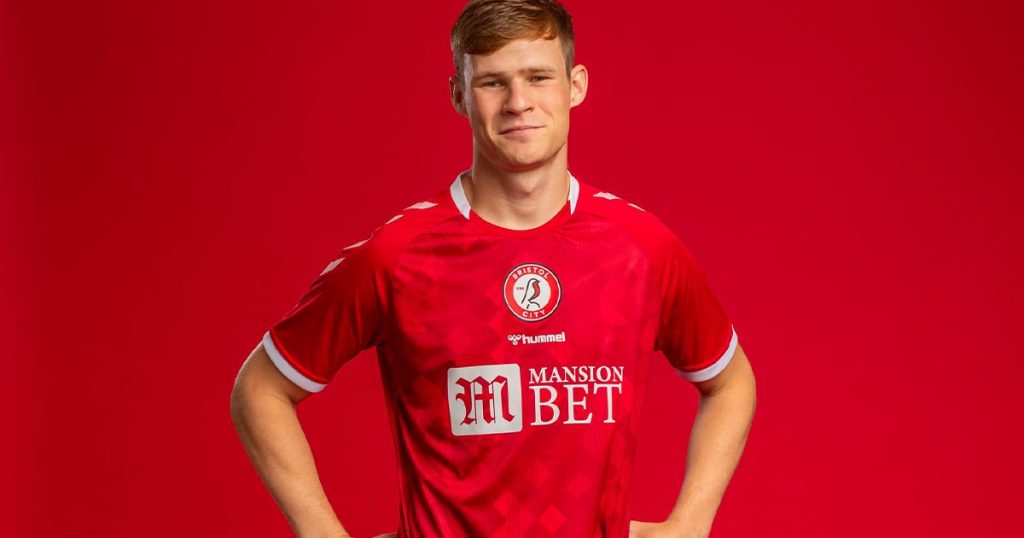 The black trimmings fit in with the rest of the shirt and the blue touches on the sleeves mix it up a bit – a solid entry overall from Umbro here. 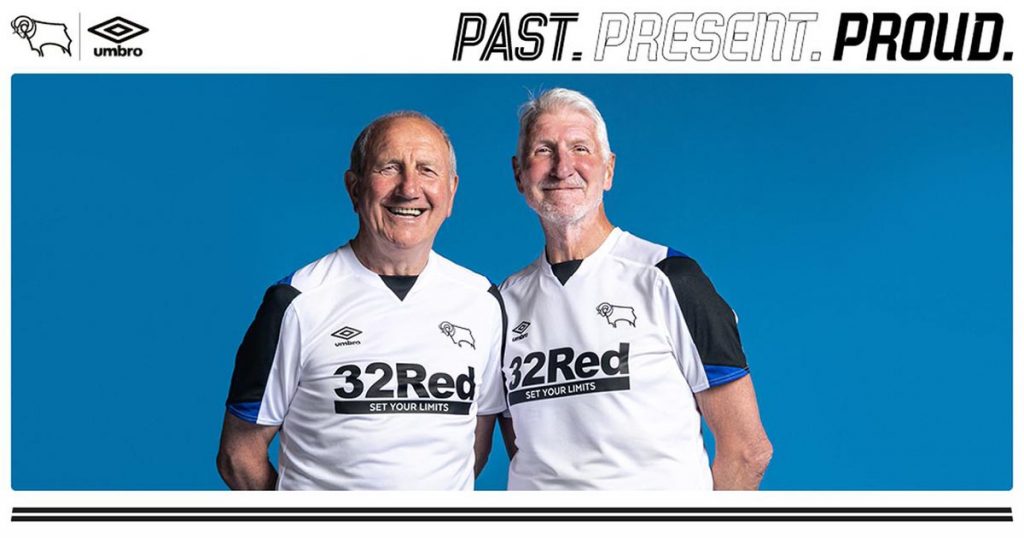 13. Preston
North End have switched up the sleeves this year and I think it works to make a decent-looking kit.

They’ve kept the rest of the shirt fairly simple, but it’s a solid entry from Nike, albeit another one of their template shirts. 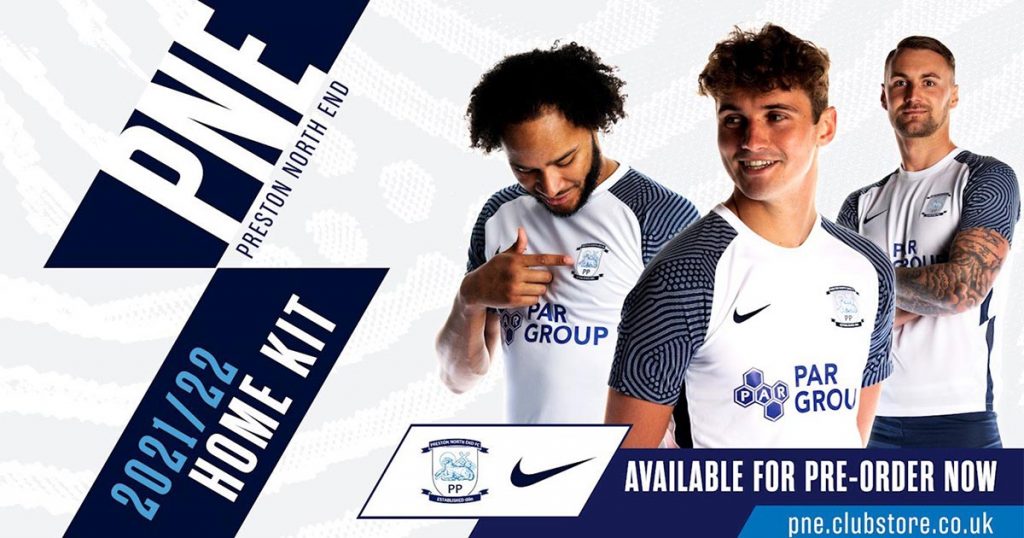 12. Nottingham Forest
When this shirt catches the light at the right angle, it’s a fairly smart-looking kit and Macron have done a decent job.

The shirt has some nice details and includes some different shades of red as well as some nice white trimmings around the sleeves and neck. 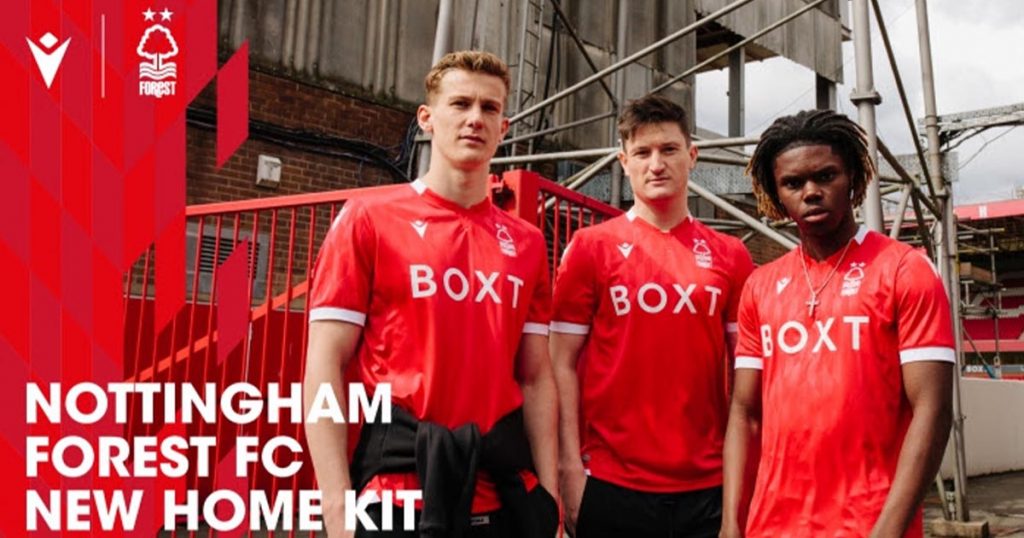 11. Millwall
Millwall have been a little bit hit and miss on their kits over the past few seasons, but this one is definitely a hit.

The gold trimmings look great and the subtle stripes on the top half of the shirt are a nice touch. 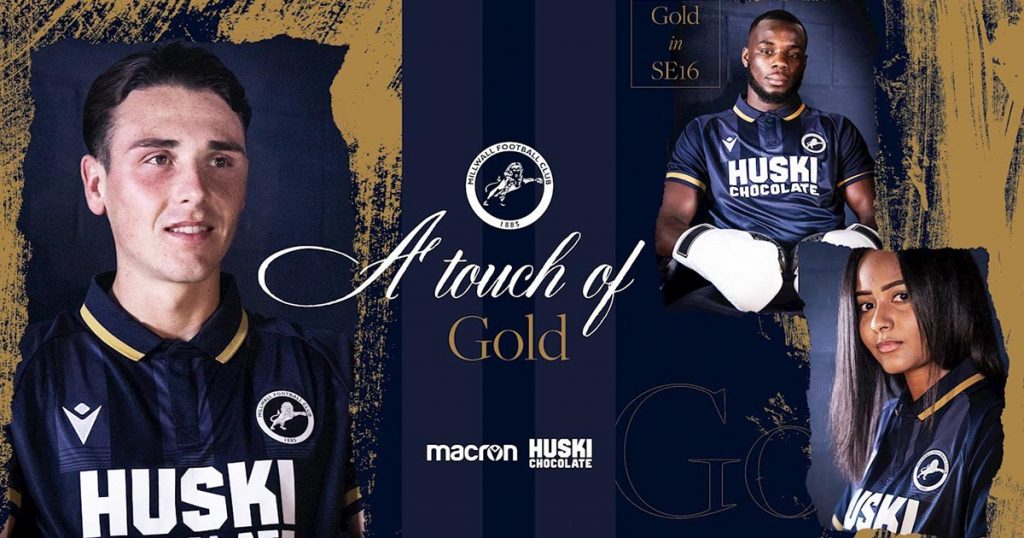 10. Birmingham
Nike have absolutely smashed it with Birmingham’s kit this year.

With its wavy subtle dark blue pattern, it looks great and is probably one of the nicest Blues home kits for some time now. 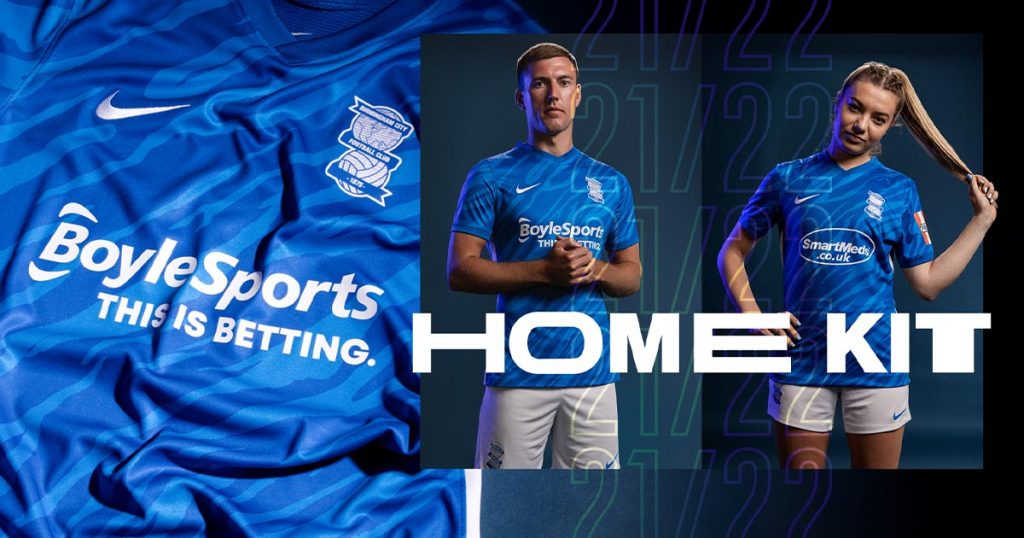 9. West Brom
I probably shouldn’t like this kit as much as I do. After all, it goes away from the Baggies’ traditional stripes, but there’s something about it that just makes it work.

The shirt has the lyrics to ‘The Lord is my Shepherd’ on the front of the kit, which is a nice subtle touch. 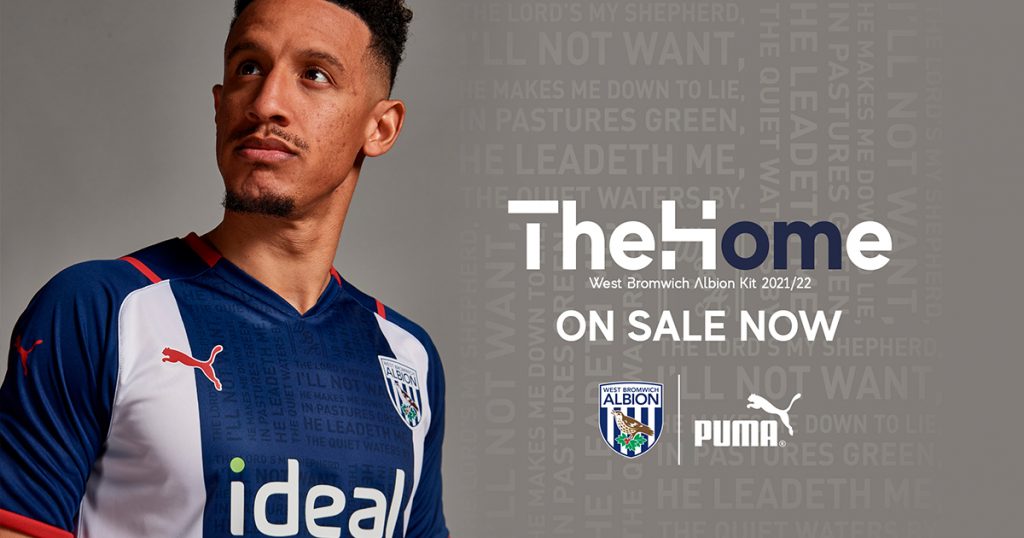 8. Middlesbrough
At first glance I wasn’t completely sold on this one, but as you take a closer look into its finer details, you can’t help but appreciate it.

It features the outline of the Tees Transporter Bridge and so it has a certain uniqueness. Good job Hummel. 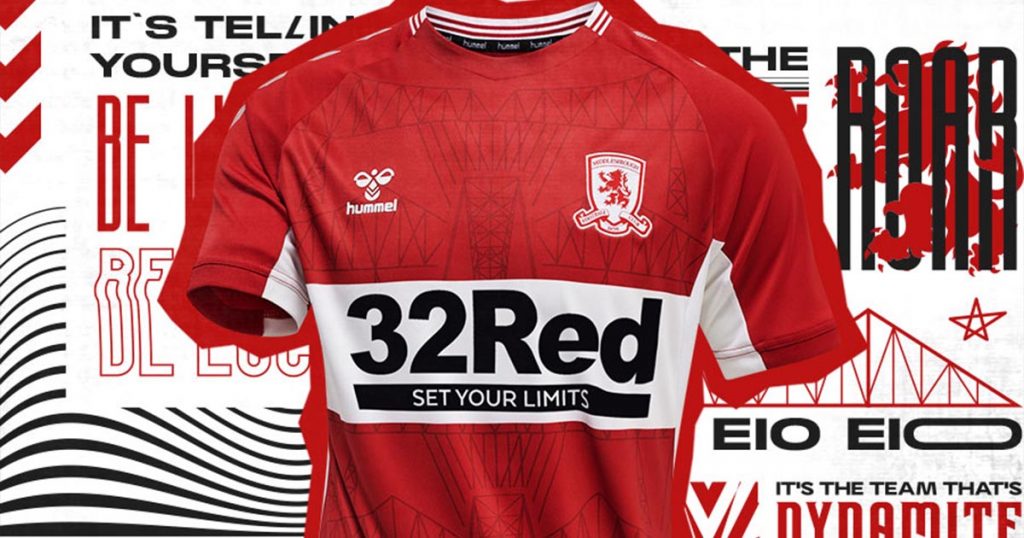 The red stripes on the white look great and they don’t break in the middle of the shirt to accommodate the sponsor. Good work. 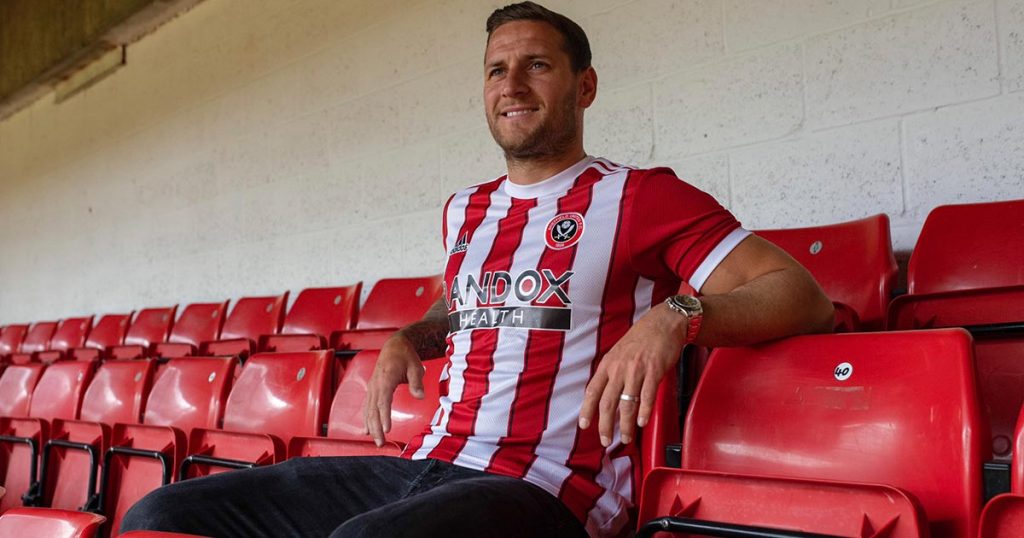 6. Blackburn
Rovers left us waiting for quite some time before releasing their home kit, but it’s fair to say it was worth the wait.

The Lancashire rose printed onto the blue is a nice touch. Macron have done a fine job. 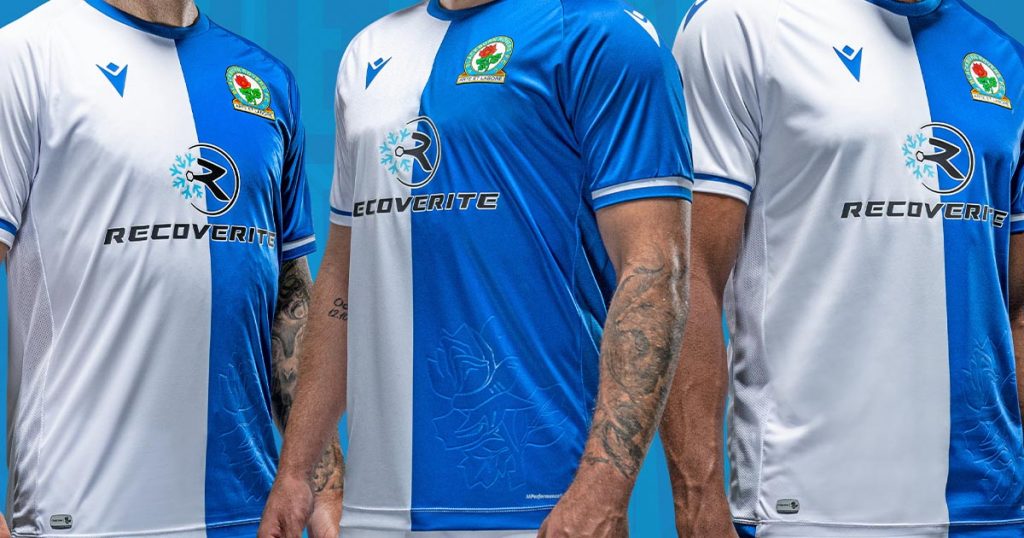 5. Swansea
One of the biggest switch-ups for Swansea this season is the change of badge, with their new crest being a nod to their first promotion to the top flight in 1981.

The kit is a strong entry to this list. Joma have done a grand job with this one. 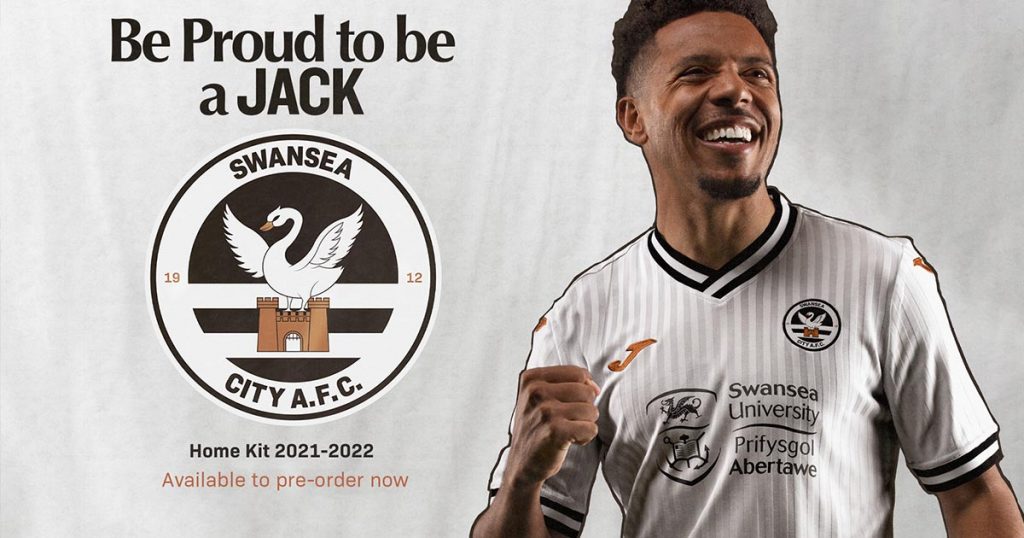 4. Coventry
Hummel have done a fine job with Coventry’s home kit this year; it’s a smart-looking sky blue strip which has a few nice details.

It features a phoenix rising from the ashes and is definitely one of the more creative kits that has been released. 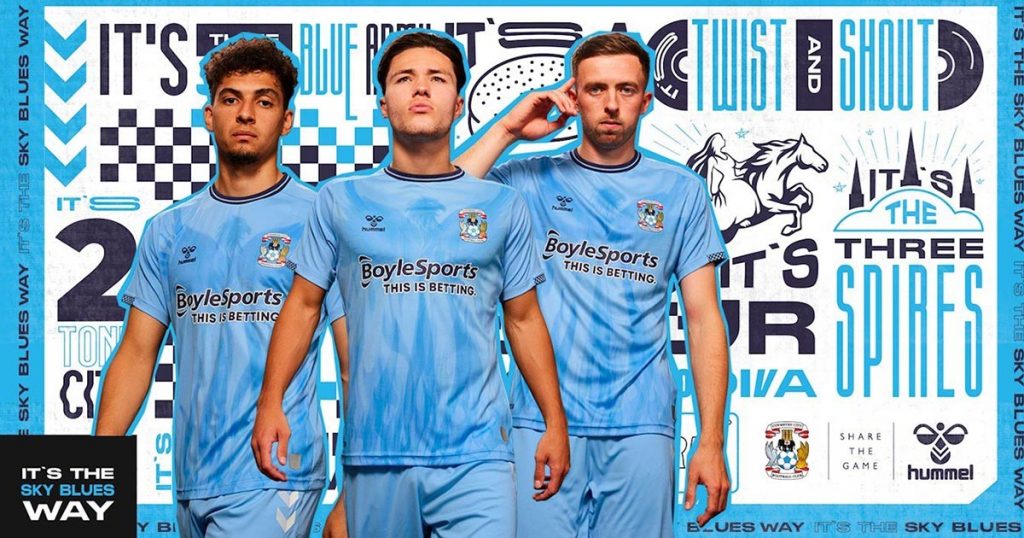 3. Reading
It’s a very strong entry here from Reading, who are celebrating their 150-year anniversary.

The hoops feature the names of Reading legends of the past and is a nice touch on what is already a lovely-looking kit. 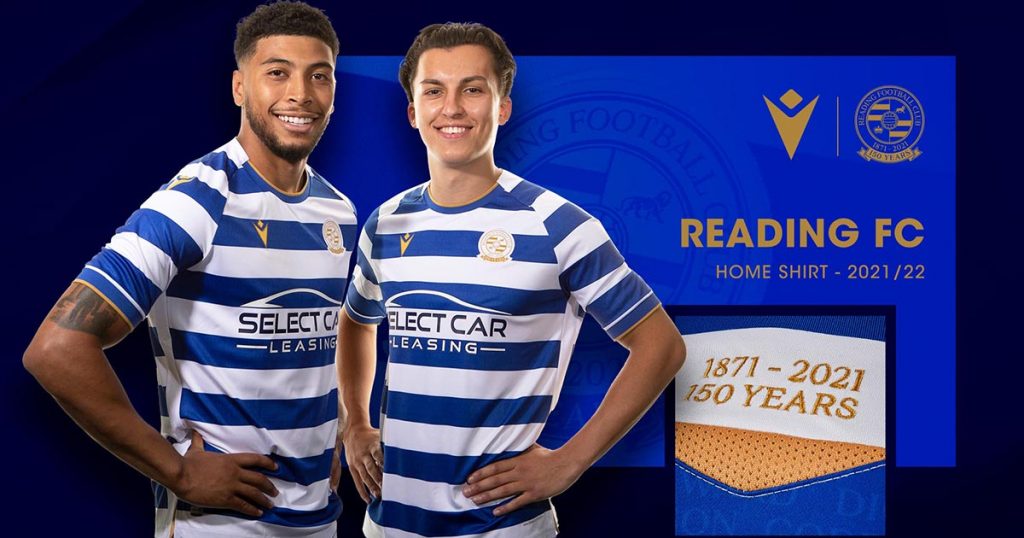 2. QPR
QPR are getting a lot right at the moment, both on and off the pitch.

Regardless of how the season unfolds for them, they will at least be doing it in style because this is one of the best-looking kits we’ve seen this season. The outline of the QPR logo has been added into all of the stripes and this one is a massive step-up from last season’s mediocre home kit. 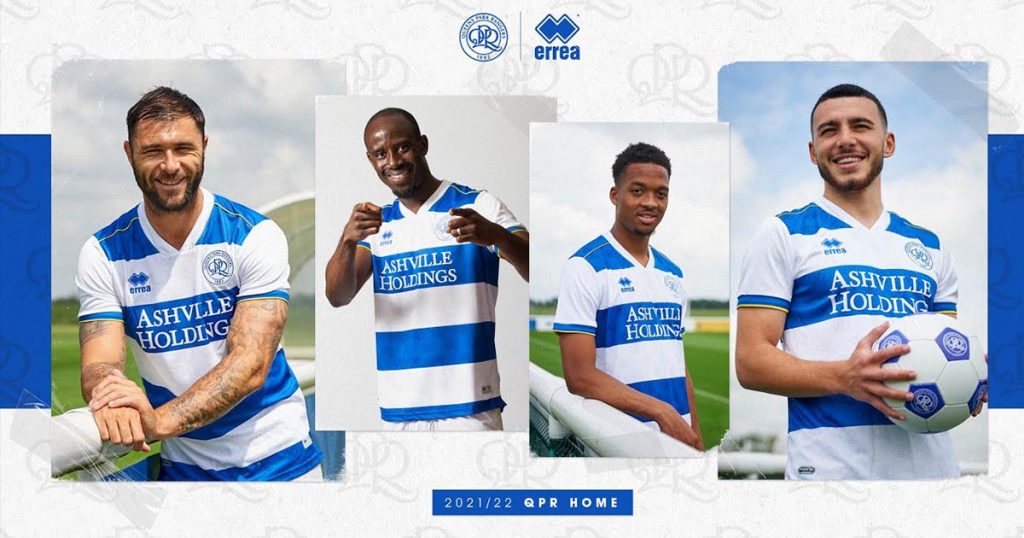 1. Huddersfield
Umbro have absolutely smashed it this year with Huddersfield’s kit and it claims the number one spot for us.

The Yorkshire rose is embroidered into the middle stripe so there’s loads to like about this one. Even if Huddersfield aren’t that great on the pitch next season, they’ll at least be the best-dressed. 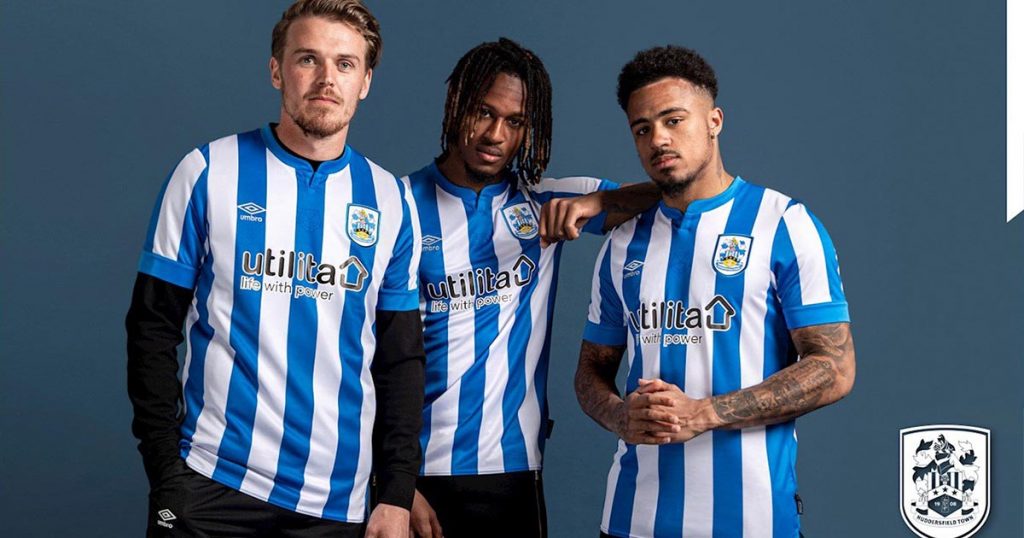