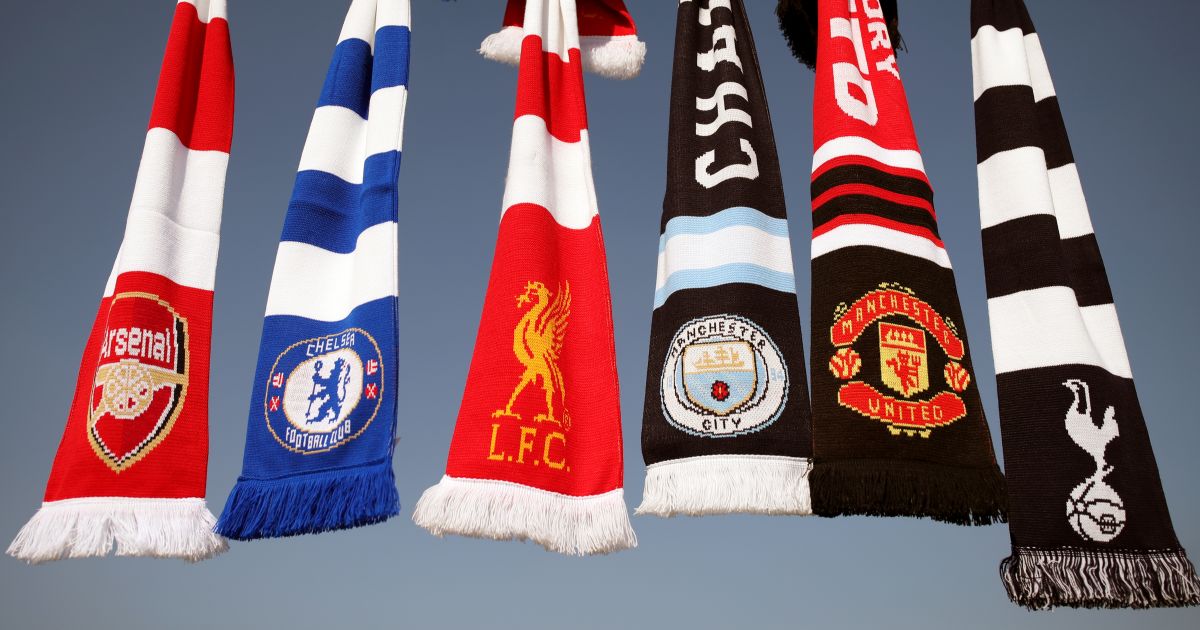 What a 48 hours that was. European Super League, we hardly knew ye. As the dominoes started to fall yesterday it soon became clear the whole thing was going to crash down around its instigators faster than any of us had even dared to hope.

One by one, the Big Six cartel fell, sombrely announcing their withdrawal from a project they now realised was actually f***ing awful. But whose grovelling, humiliating climbdown was handled the worst? And who did it… well let’s not say best but ‘least badly’?

So here they are, then, in full: those humbling faux-sincere ‘We’ve listened’ mea culpas from worst to least bad…

6) Tottenham – Club Statement
Textbook formatting from a club that has had plenty of practice at putting out statements. Generic headline, generic image, as little clue as possible about the content within.

Spurs, of course, could hardly believe their luck when the popular kids invited them into their gang, and still seem pretty annoyed about the whole thing going tits up to be honest.

“We regret the anxiety and upset caused by the ESL proposal,” harrumphs Daniel Levy. “We felt it was important that our club participated in the development of a possible new structure that sought to better ensure financial fair play and financial sustainability whilst delivering significantly increased support for the wider football pyramid.

“We believe that we should never stand still and that the sport should constantly review competitions and governance to ensure the game we all love continues to evolve and excite fans around the world.

“We should like to thank all those supporters who presented their considered opinions.”

Love the last line about the “considered opinions” of those awkward, pesky, noisy fans who have been so much easier to ignore over this very pleasant and enjoyable year when they’ve been replaced by on-brand and on-message tarpaulins that almost never call you a bald twat. Overall, a statement that makes it abundantly clear that Levy has learned nothing. He still thinks it’s a good idea. He still wants to do it. He is annoyed with you – yes, specifically you – that he can’t.

Based on this level of failure to learn and grow, expect Levy to rehire Jose Mourinho before the week is out. Or at the very least, hire yet another former Chelsea manager. Sarriball, here we come.

5) Manchester City – Club Statement
Manchester City never really seemed that committed to joining this gang of twats and aren’t wasting much energy on leaving them.

“Manchester City Football Club can confirm that it has formally enacted the procedures to withdraw from the group developing plans for a European Super League.”

That’s it. That’s your lot. We’re so sick of it all, that we actually quite admire this approach, in a way. It might be less offensive than unconvincing insincere apologies and pretending to give a crap about fans.

But they drop down this list because of both a fundamental lack of effort and more importantly that weaselly “the group developing plans” snuck into an otherwise curt and factual statement. Expect to see much more of this kind of attempt at reframing over coming weeks. “It was only ever an idea. It was just a thought. We were just developing plans. Brainstorming, really.” No, lads. You announced it. All 12 of you. You said it was happening. Florentino Perez said there was no way back and no clubs could leave. Now obviously that turned out to be utter bumguff, but don’t act like this was just a working group hammering out some rough ideas.

4) Chelsea – Club Statement
Lovely big picture of the club badge for the generic image on this one. That’s about as good as it gets, because this is more bare-bones stuff.

“As reported earlier this evening, Chelsea Football Club can confirm that it has begun the formal procedures for withdrawal from the group developing plans for a European Super League.

“Having joined the group late last week, we have now had time to consider the matter fully and have decided that our continued participation in these plans would not be in the best interests of the Club, our supporters or the wider football community.”

Always good to sign up to game-destroying schemes devised by evil cartoon supervillains without considering the matter fully. Never apologise.

3) Liverpool – Club Statement and John W Henry’s message to Liverpool supporters
A similarly bare-bones club statement late doors last night, but hello, what have we got here this morning? A video message from the owner, like some kind of Cameo for c***s.

There’s quite a lot of it from a man who is starting to get a bit too much practice at apologising after scrapping plans to do things that it turns out were appalling.

But this is the key line:

“It goes without saying but should be said that the project put forward was never going to stand without the support of the fans. No-one ever thought differently in England. Over these 48 hours you were very clear that it would not stand. We heard you. I heard you.”

Quite right. It really is just so unlucky that there is quite literally no way to consult the fans before embarking on a dystopian money-grabbing scheme that might leave an indelible black mark against the name of a great and proud football club. There was, sadly, simply no other way to find out other than to sign up to the League and then wait to see how big and angry the protests got. That’s just the way things work.

Beyond that, it’s largely nuts and bolts stuff from a club proud to have the best key stakeholders in the world.

“Manchester United will not be participating in the European Super League.

“We have listened carefully to the reaction from our fans, the UK government and other key stakeholders.

“We remain committed to working with others across the football community to come up with sustainable solutions to the long-term challenges facing the game.”

Rightly or wrongly, we couldn’t help but read that final paragraph as a veiled threat.

1) Arsenal – An Open Letter to our Fans
Not too bad at all, to be fair, in the circumstances. Even with points docked for describing it as an “open letter” – the worst format in all of writing – it still comes out on top of this particular big pile of awful shameless bastards.

“It was never our intention to cause such distress, however when the invitation to join the Super League came, while knowing there were no guarantees, we did not want to be left behind to ensure we protected Arsenal and its future.

“As a result of listening to you and the wider football community over recent days we are withdrawing from the proposed Super League. We made a mistake, and we apologise for it.

“We know it will take time to restore your faith in what we are trying to achieve here at Arsenal but let us be clear that the decision to be part of the Super League was driven by our desire to protect Arsenal, the club you love, and to support the game you love through greater solidarity and financial stability.”

True, it’s another statement that leaves you in something approaching bewildered awe that all this heartache and grief could apparently have been avoided if literally anyone at the top of the club had paused and said “Should we consult the fans even a tiny bit before doing this mad gigantic thing with their club?”

And true, you are once again therefore left in no doubt about the empty hollowness of these words. But there is at least an attempt to explain why they did it – even if it really is nothing more than FOMO and greed when you boil it down and strip away the verbiage. And there is an actual apology in there – rather than a weaselly “sorry if you are upset” non-apology.

Well done, Arsenal! You are the least bad of the six English clubs who tried to destroy our game. Have a cookie.