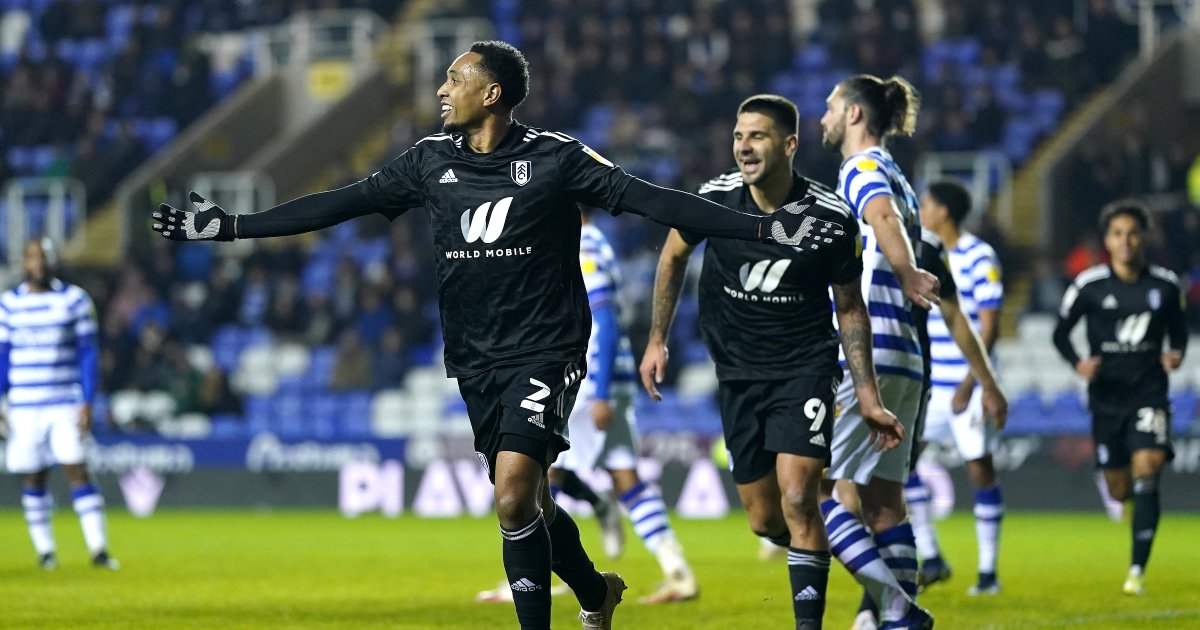 All the best ideas are stolen so Nathan Spafford looked at our Premier League mood rankings and decided to do one for the Championship.

1) Blackburn Rovers
Unbeaten in the league since a 7-0 reverse at the hands of Fulham in November, Blackburn are living the dream close to the Championship summit. Now let us all find South American heritage and become football superstars. Oh and yes, Venkys are still there.

2) Nottingham Forest
An incredible turnaround from the start of the season when Forest sat rock bottom (save for bitter rivals Derby); even the Rams’ attempts at improbable survival cannot stunt the optimism on the banks of the Trent right now. Steve Cooper is a managerial genius, and beating Arsenal in the FA Cup has just made it sweeter.

3) Fulham
They may not be the best team the Championship has ever seen, but they could just be the most fun. There have been frustrations of late, but any team capable of scoring seven goals away from home on two separate occasions has to be in a good mood. We don’t make the rules. Actually, it turns out we do.

4) Middlesbrough
Like at Forest, Middlesbrough swapping an outdated manager for their own new messiah has worked out a treat. Boro had already improved immeasurably under the other former Sheffield United manager Chris Wilder, and the loan acquisitions of Aaron Connolly and Folarin Balogun have everyone at the Riverside Stadium feeling giddy.

5) QPR
Fifth in the league = fifth in this table. Sometimes it really is that simple. The departures of three key players for AFCON will worry some, but Mark Warburton’s side have been punching above their weight all season. There is no reason it won’t continue in 2022.

6) Coventry City
Promotion looks less and less likely by the week, but the mood around Coventry could scarcely be higher right now. Back playing in their city, with a team and manager of which they can extremely proud, and still within touching distance of the play-off places. Remember the Sky Blues’ mood five years ago and understand why they are all so happy now.

7) Blackpool
Not quite towering above the rest, but little chance of relegation in their first season back in the Championship has Blackpool rocking to a steady beat. Like Coventry, the abhorrent nature of recent years makes steady growth look all the more appealing.

8) Bournemouth
At the time of writing, Bournemouth top the Championship table. A poor run of results at the end of last calendar year has waned optimism somewhat, and nothing less than promotion is expected this season. It’s a bit so-so for the Cherries.

9) Huddersfield Town
There have been times this season when Huddersfield would have occupied a space in the bottom half of this list, but going unbeaten since the start of December does wonderful things to a club punching above its weight and firmly entrenched in the play-off picture.

10) Derby County
Still bottom of the table. In truth, they might not get off of it for the rest of the season. But the mood around Pride Park is one of universal defiance at the punishments thrown their way. When relegation is accepted in pre-season, having just a fighting chance makes for a happy mood indeed.

11) Luton Town
They are right where they want to be. Nathan Jones is right where he wants to be. Everything is good at Kenilworth Road and beyond.

12) Sheffield United
Who’d have thought this when Paul Heckingbottom was appointed to near-universal ridicule (not here though)? A heavily disrupted festive schedule as well as exiting the FA Cup has done little to dampen the optimism that some investment could see a challenge for promotion, if not this season, then in 2022/23.

13) Preston
Would have been much lower if Frankie McAvoy was still on the touchline. Enter serial winner Ryan Lowe and Preston have shot up at least half a dozen places.

14) Stoke City
Stoke are still in with a chance of promotion, but Michael O’Neill’s tactics – or lack thereof in some cases – are leaving much to be desired in ST4. Even the wins don’t feel as good as they used to in the earlier days of the former Northern Ireland manager’s reign. It could get worse before it gets better.

15) Swansea City
Another Championship side to have suffered from poor form over the festive period, but there is optimism that head coach Russell Martin is the right man for the job long term. After tiring of Steve Cooper’s less fun style of play, the Swans are making all the right notes in their playing style. It’s definitely something.

16) Millwall
Another solid if unspectacular season thus far should have Millwall higher, but looking likely to lose talisman Jed Wallace this month is hanging heavy over The Den. Sitting solidly in mid-table with much more prospect of sliding down than flying up means 16th here and likely 16th in the Championship standings at the season’s end.

17) West Brom
Second only to Goodison Park for booing in England this season (we think), Valerien Ismael’s first season with the Baggies has been far from ideal. They are extremely likely to finish in the top six, yet extremely unlikely to finish in the top two. A less than ideal style of play has frustrated Baggies supporters all season, and the arrival of Daryl Dike is unlikely to change that too much.

18) Hull
A six-game unbeaten run before Christmas lifted Hull out of the Championship relegation zone and has done enough to stave off the bottom three here. There is still much unease around the current ownership issues and the squad has been severely under utilised and invested in. Crucially though, the Tigers are looking more likely to finish above the dotted line. That will do.

19) Birmingham City
Another glum season for Brum is abound. Winless since November and an FA Cup exit to League One Plymouth neatly sums up Lee Bowyer’s side right now. There is little to be happy about in the blue half of the Second City.

20) Peterborough
A poor summer of recruitment means Peterborough are paying the price by looking good money for an instant return to League One after years of trying to claw their way out of the third tier. With manager Darren Ferguson tied down to a recently signed long-term contract and little hope of significant personnel improvements in January, the Posh have little reason to be cheerful.

21) Barnsley
Just as they have picked up fewer points than each of their second-tier opponents this season, Barnsley could be rock bottom here. Markus Schopp’s reign was dire and Payo Asbaghi has done little to stem the flow of misery in this corner of South Yorkshire. Raised a few places because relegation has almost been accepted already. That takes some weight off the collective Tykes’ shoulders.

22) Bristol City
The hierarchy have this week come out and announced they could take a points deduction in the near future rather than sell off their best players. How’s that for Sophie’s Choice? Any team in a financial situation like that and struggling for much to cheer in the league has to make the bottom three here. What a mood.

23) Cardiff City
Steve Morison originally appeared to be something of a saviour in south Wales, but results have hardly upturned from Mick McCarthy’s dire reign, while having to play games behind closed doors means a return to memories of early Covid for the Bluebirds. Nobody wants that.

24) Reading
They lost 7-0 at home and it came as little surprise to anyone who has been keeping up with the Royals this season. Veljko Paunovic is looking likely to go, but it doesn’t solve many, if any of the problems in Berkshire. Reading are sinking without trace. According to this, they can’t get much lower.