Home F365 Features Ranking the PL teams by goals scored in 2022, because Spurs 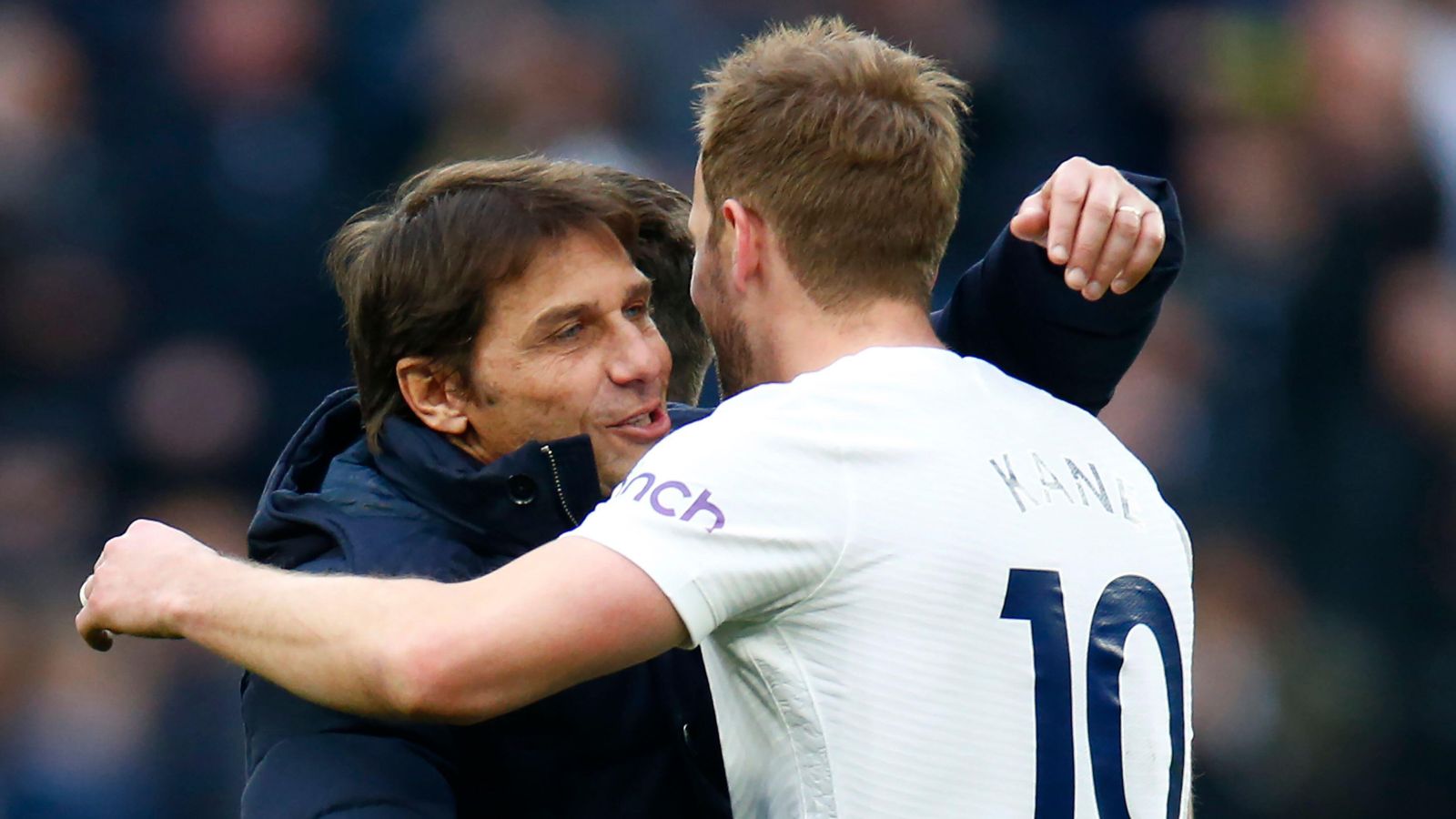 We’re so tickled by Spurs being the top scorers in the Premier League since the start of 2022 that we’ve done a whole feature on it.

It was previously one small part of this deliberately mischievous nonsense but now takes on a whole world of its own.

20. Watford – 7
The Hornets have played as many games as anyone this year (13) and scored as few as anyone. They wasted two of those goals in a 3-2 defeat to Arsenal. That was the first time Watford had scored twice in a Premier League game since November at the King Power. Also wasted; they lost 4-2 that day.

19. Burnley – 7
Avoid bottom spot by virtue of playing one game fewer than Watford. Five of those seven goals came in that heady three-game run in February when the Clarets took seven points off Brighton, Spurs and Palace.

18. Brighton – 7
It really did look like things were going to be different for Brighton when they started the season with four wins in the first five games, making the novel but effective decision to actually take some of the several thousand chances they create every game. Alas, it was the very falsest of dawns and they’ve now reverted to going full Brighton. Seven goals in 12 games this year, three of those in the very first game on January 2 against Everton. In fairness, we’ve all made new year’s resolutions we weren’t able to keep for more than a week. Brighton have also been win, draw and loss specialists at various points in the season. Won four of their first five, drew 12 of the next 18, lost six of their last seven.

17. Everton – 9
A 2022 list where Everton aren’t bottom! They’re not even in the bottom three! Super Frank truly is the messiah. We were wrong to doubt him. Three of those goals did come against Leeds, though, which means they barely count.

16. Norwich – 10
Actually not terrible number of goals from 11 games for the basement boys, even if those goals have earned only eight points. Five came in back-to-back wins against Everton and Watford that briefly raised the prospect of Norwich not getting relegated, which is silly.

15. Leicester – 12
A fittingly nondescript number of goals for a team having a nondescript season as the endeavours of the last couple of years catch up with them. Could still end up with inaugural glory – surely the very greatest kind of glory – in the Europa Conference League. What’s left of their league season now matters mostly for the impact they will have elsewhere; they’ve already thrown a hefty spanner in Manchester United’s top-four works and now turn their attention to the relegation fight. They play Everton (twice), Norwich and Watford during the run-in.

14. Arsenal – 12
Surprising, isn’t it? Though thoroughly rotten at Crystal Palace on Monday night, Arsenal had won six of their previous seven. Those goals had been scored with ruthless efficiency, earning Arsenal 19 points in 10 games with only two of the 12 goals ‘wasted’. One in a 2-1 defeat to Manchester City, and the second in a 2-0 win over Leicester. This parsimonious run followed a spell of giddy excess over Christmas in which 14 goals were scored in four wins between December 11 and Boxing Day.

13. Brentford – 14
Absolutely no coincidence whatsoever that nine of those goals have come in the three matches started by Christian Eriksen, although it should be noted those games have come against markedly ropey opposition in Norwich, Burnley and Chelsea.

12. Newcastle – 14
But only one in their last three games as a vital relegation-averting nine-game unbeaten run gives way to a run of defeats now the season’s objective has been met. What happens in the summer and beyond is going to be the real quiz.

11. Crystal Palace – 15
On a cracking little run at the moment in which 10 goals in five games have secured three wins and two draws. Even the game when they didn’t score was decent – a 0-0 against Manchester City. Monday night’s dismantling of Arsenal was one of the best performances of the season from anyone outside the all-conquering top two.

10. Chelsea – 15
Had spent most of 2022 just quietly going about their business of finishing a marooned third, way behind the top two but significantly less prone to shambling than those scrabbling around for fourth, and a mid-range goal tally reflects that quiet effectiveness. Then the Brentford game happened.

9. Leeds – 17
It’s a very decent number of goals is 17. Absolutely nothing wrong with scoring 17 goals in 13 games since the turn of the year. Conceding 32, though, is sub-optimal and explains why they are where they are and the most beloved man in all West Yorkshire is out of a job.

8. West Ham – 17
A slightly scattergun 2022 has seen them drop out of top-four contention. They have won six games this year, but haven’t had back-to-back wins since the first fortnight of the year. Related: they haven’t scored more than twice in a game since New Year’s Day.

6. Manchester City – 17
Fraudiola’s frauds EXPOSED. Especially as eight of those goals came against cannon fodder in the form of Norwich and Manchester United.

5. Aston Villa – 18
Quite impressive even if a third of those goals did come in two games at the all-you-can-score Leeds United buffet. Have just two in their last three games – all defeats – after a promising three-game winning run of nine goals scored without reply.

4. Manchester United – 19
Some heavy scoring along the way, but at the moment the 1-1 and 0-0 draws are looking more significant than the 3-2, 4-2 and 3-1 victories as their top-four prospects recede. Things are likely to get better before they get worse again for United, who have Everton and Norwich next but then Liverpool and Arsenal to follow.

3. Wolves – 20
Surprising not because we don’t think Wolves are a good side but just because this was not the way they were doing things before the new year. Wolves scored just 13 goals in 18 games in the 2021 section of this season but still picked up 25 points. Twenty in 13 games have been worth 25 in 2022.

2. Liverpool – 27
And 17 of those goals have come without reply since Norwich made the mistake of taking a shock lead at Anfield in February. Currently on a 10-game winning run with an aggregate score of 25-2 in which only Burnley and West Ham have managed to restrict Salah and co to a single goal. They are pretty good. Liverpool, that is, not Burnley or West Ham. West Ham are fine, like, but Burnley are mainly rubbish.

1. Tottenham – 30
The momentum started in December really. Spurs had scored more than twice in just one of their first 13 games this season but have done so eight times in the subsequent 17 going back to a 3-0 win over Norwich on December 5. The real shift in their goalscoring has come in the last six games, though, with 21 (over 40% of their total for the season) coming in a run that has included 4-0, 5-0, 2-0, 3-1 and 5-1 victories since Conte’s meltdown at Burnley.