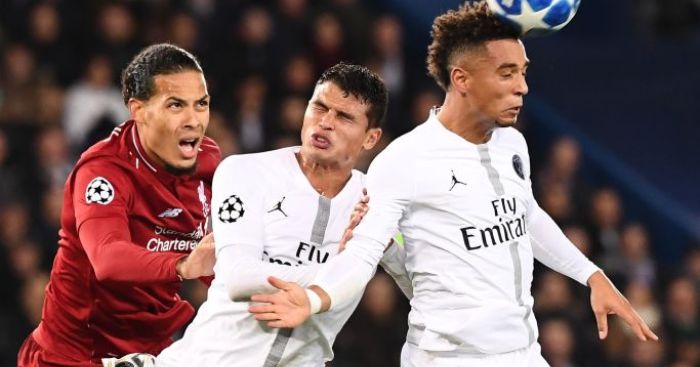 Harry Maguire has become the most expensive centre-half in history after his £85m move to Manchester United.

The 26-year-old has dethroned Virgil van Dijk after the Dutchman reigned since January 2018.

In all, 11 different players have held the crown of most expensive centre-half in world football since the Premier League was established in 1992. And because we’re really bloody cool – and masochistic – it seems only right to rank them.

Players will be judged only on their impact and the success they enjoyed at the buying club, nothing before or after their record move.

10) Roberto Rios (£9m, July 1997)
‘Alex Ferguson, the Manchester United manager, is pursuing the Real Betis centre-half, Roberto Rios,’ reads the opening paragraph to a story in The Independent in January 1997. ‘Ferguson is anxious to bolster his defence with worries over Gary Pallister’s fitness and the absence of the injured Norwegian, Ronny Johnsen.’

By that summer, Rios had secured his move. Yet it was sixth-placed La Liga side Athletic Bilbao who came calling rather than the Premier League winners and Champions League semi-finalists. The most expensive Spanish player ever at the time helped drag Bilbao to second by the end of his first season but injuries stalled his career to such an extent that he was training with Gary Megson’s West Brom by January 2003.

9) Rio Ferdinand (£18m, November 2000)
One of the many straws that broke the financial backing of Leeds was the British record addition of Rio Ferdinand in 2000. The 22-year-old was a relative veteran with 127 Premier League appearances to his name in five years at West Ham, as well as a lower-league spell cutting his teeth at Bournemouth. Leeds parted with £18m to sign the England international who subsequently played 73 times, reached the Champions League semi-finals, was named in a PFA Team of the Year and even scored at a World Cup by the time he left in 2002.

8) David Luiz (£50m, June 2014)
Were success judged solely by silverware with no added context, David Luiz’s time at Paris Saint-Germain might be considered one of the greatest ever. The French side won all nine of the trophies on offer to them during the Brazilian’s two-year tenure, with a pair of Champions League quarter-final exits looking all the more impressive with each passing European collapse.

But Luiz was an expensive cherry atop a cake that would likely have been both had and eaten without him. PSG were France’s most dominant side with the centre-half and, save for Monaco’s triumph in their first campaign after selling him for a £16m loss in 2016, remained as such after he left.

7) Aldair (£7.7m, July 1990)
Jurgen Klopp ought to know that, for his complaints about Manchester City’s current-day spending, Italy blazed that particular trail long before he started pressing any gegens. Serie A was awash with money at a time when the sport was just about to become a financial bloodbath.

Roma were one of many who led the way with the signing of Aldair in 1990. The 24-year-old had played one season of football on the continent, reaching the European Cup final with Benfica, when the Giallorossi brought him in after that summer’s World Cup. He won the Coppa Italia in his first campaign and the Scudetto in his 11th, taking his place in Roma’s Hall of Fame by 2012.

6) Walter Samuel (£13m, July 2000)
Ottavio Bianchi sanctioned the Aldair move. A decade later, it was Fabio Capello who came to the similar conclusion that Roma needed a centre-half to complete their jigsaw. But Walter Samuel was an instant success, winning Serie A in his first season before moving to Inter Milan for profit in 2005. The Wall would become one of Europe’s most underrated defenders, a Champions League winner at the San Siro, but it all started at the Stadio Olimpico.

5) Thiago Silva (£33m, July 2012)
It remains hilarious that PSG failed to win Ligue Un during their first season of Qatar Sports Investment ownership. Montpellier beat them to the punch by three points; Nasser Al-Khelaifi was never likely to take such failure lightly. Summer 2012 saw Thiago Motta, Ezequiel Lavezzi, Marco Verratti, Zlatan Ibrahimovic, Gregory van der Wiel, Lucas Moura and David Beckham join, with Thiago Silva the cornerstone of these new foundations. The Brazilian has rather unsurprisingly been in every Ligue Un Team of the Season since, winning 20 trophies in the French capital for his troubles.

4) Lilian Thuram (£22m, June 2001)
For about five consecutive years, Lilian Thuram was the one who constantly got away from Manchester United. Even as late as 2002, Sky Sports were suggesting that reported Old Trafford interest in Rio Ferdinand, Gareth Southgate and Carles Puyol was ‘a smokescreen’ for Ferguson to procure Thuram, his ‘number one target’, before the World Cup in South Korea and Japan.

They came closest in 2001 when Parma put the Frenchman up for sale, sparking a three-way tussle between United, Lazio and Juventus. Thuram would declare that it “was very easy to choose” The Old Lady, “the best club there is”. It was in Turin where the defender won two Serie A titles and reached one Champions League final, eventually establishing himself at centre-half after informing Marcello Lippi of his desire not to play as a right-back.

Liverpool have reached two Champions League finals in the Dutchman’s 18 months, dropping just 34 of a possible 165 league points. The signing of Alisson Becker, the development of Andy Robertson and the emergence of Trent Alexander-Arnold has been crucial, but Van Dijk is the glue that holds it all together.

2) Rio Ferdinand (£29.1m, July 2002)
Around a year and a half after his initial ascension to the throne – and subsequent Thuram-based unseating – Ferdinand was back atop the defensive summit. United had been stung by their most recent club-record signing, with Juan Sebastian Veron proving incompatible with life in England after joining a year prior, but a 2002 move for Ferdinand felt like no such gamble.

So it proved. The centre-half won six league titles in 12 seasons at Old Trafford, adding one Champions League trophy and five Team of the Year nominations, joining an elite selection of players to have made 300 Premier League appearances at United. Money well spent.

1) Jaap Stam (£10.6m, July 1998)
Yet the most astute piece of business involving a centre-half in United history pertains to Jaap Stam’s 1998 arrival. Missing out on the title for only the second time in six seasons aggravated Ferguson enough to overhaul his defence in pursuit of glory. Gary Pallister was controversially sold to Middlesbrough to make way for the Dutch destroyer.

It was a masterful decision. Stam won the Treble in his first season, claimed another two Premier League titles thereafter and would later be seen as one of Ferguson’s greatest mistakes when he was allowed to leave for Lazio in 2001. That United won just one title in five campaigns without him until 2007 said it all.