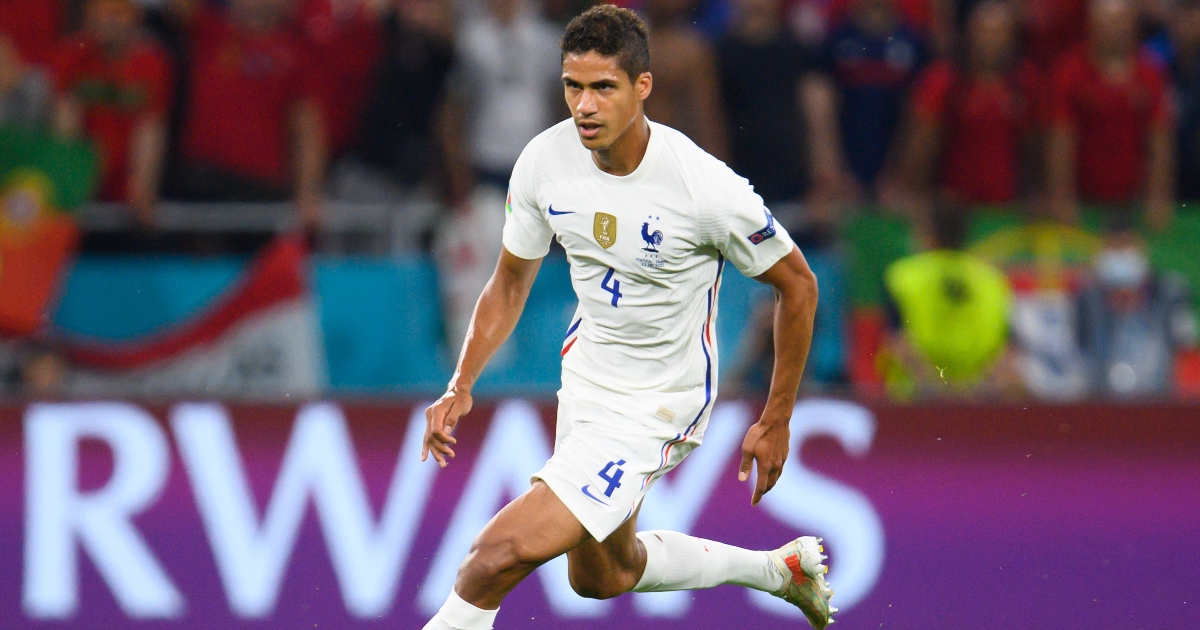 Manchester United are ‘very close’ to signing Raphael Varane, according to reports.

The Frenchman is set to leave Real Madrid this summer, with his contract due to expire in a year’s time.

Varane, 28, has won three La Liga titles and four Champions Leagues in his decade at the Bernabeu but is unconvinced by their prospects going forward, and was not satisfied with any of their extension offers.

With his heart set on a departure, the Spanish giants will now look to pocket the highest fee possible.

United, in their pursuit of a new centre-back partner for Harry Maguire, are said to be leading the race, with Varane a top target of Ole Gunnar Solskjaer’s.

They will have to stump up £40-£50m for a player who will be available for free in a year’s time but, according to Diario AS journalist Edu Cornago, they are unfazed by this, with a deal thought to be advancing rapidly.

‘The Varane-United agreement is very close to being produced,’ he said on Twitter.

‘Varane welcomes the option of going to Manchester. In Madrid, he is looking for a sports project that, at the moment, they don’t give him.’

Nicky Butt, the ex-United midfielder, thinks Varane should be the ultimate priority for his former club.

He told Ladbrokes: “It’s about getting the right players who will allow you to challenge for trophies. It’s a winning club, so we can’t go this long without silverware.

“It has to be someone that’s going to be compatible with Maguire.

“If you spend the kind of money you did on Harry Maguire, you then have to follow it up by bringing someone in who can play with him.