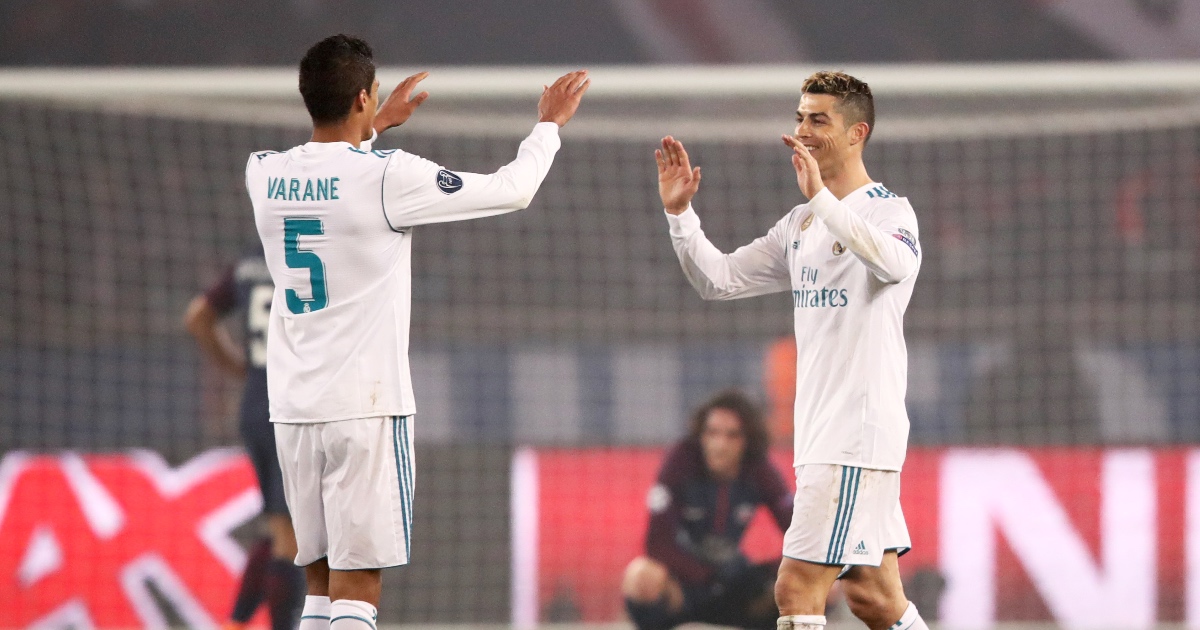 New Manchester United defender Raphael Varane says he is ‘happy’ about the prospect of being reunited with Cristiano Ronaldo.

The two stars played together at Real Madrid between 2011 and 2018, winning a number of trophies and individual accolades.

Ronaldo is now on the verge of a huge Old Trafford return after completing a medical in Lisbon.

When asked about the Portugal forward, Varane said: “I am very happy. He’s a legend and all players can learn when you play with him. It’s a great help for all players, for all young players, and of course he never stops scoring goals so he will help the team.”

The French centre-back made his United debut in Sunday’s 1-0 victory over Wolves.

Mason Greenwood punished Bruno Lage’s men for their profligacy with an 80th-minute winner.

After the game, Varane said: “I was very, very happy to be here and to help the team get this victory. The feeling is absolutely amazing.

“The atmosphere is fantastic and the game is very fast. You have a lot of action during the game. You have to be focused because it never stops. It’s attack, attack, counter-attack and it’s very fast.”

However, the Red Devils were not at their best at Molineux. Wolves had plenty of chances to score through the likes of Trincao, Adama Traore and Raul Jimenez. Better finishing could have seen them go three or four nil up.

“They’re just depending on their talent alone as if they just think that’s enough to get them through a game,” he said.

“They look like they’ve had a European game, they’ve been away in Russia somewhere, got back late, early Thursday morning and they can’t get going.

“They’re still creating opportunities with the Greenwood chance and we think the keeper gets a touch on that so United are still dangerous.

“But their overall play, their body language, they look lacklustre. The players aren’t doing their jobs, they’re giving the ball away cheaply, there’s no energy to their play, there’s nobody running off the ball, it’s all sort of five-a-side football.

“My only worry, I hope Ronaldo is not watching because he’ll be pulling out of the deal. Really not good enough.”