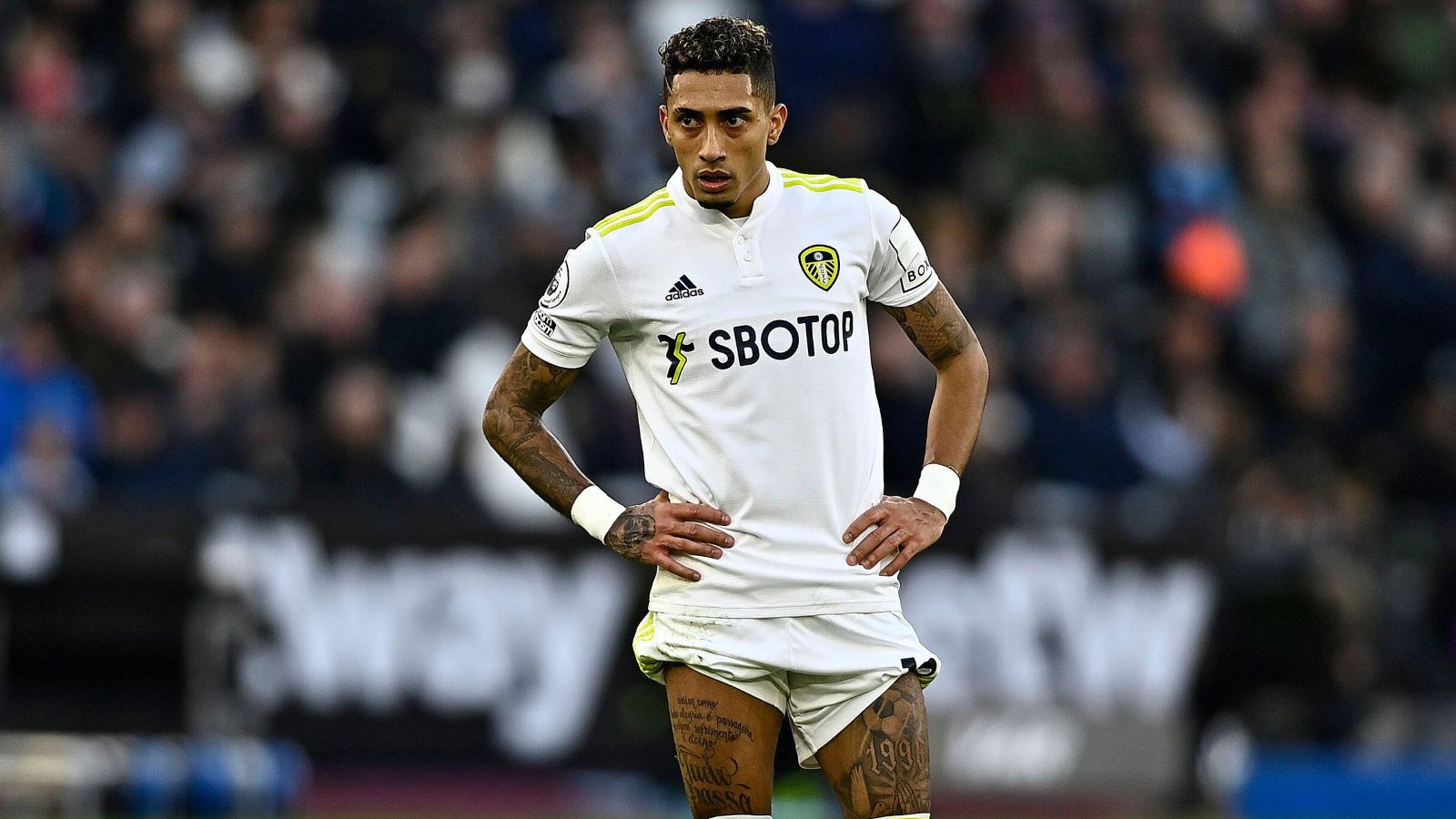 According to reports, Leeds United winger Raphinha is ‘trying to force’ through a move to FC Barcelona with them making a ‘last-gasp bid’.

The Brazil international made the move to Leeds ahead of the 2020/21 campaign for £17m from Rennes.

Raphinha has shone for the West Yorkshire side over the past two years. He finished last season with eleven goals and three assists in the Premier League.

The attacker has been heavily linked with a transfer away from Leeds of late. Arsenal, Chelsea and FC Barcelona are all admirers of him.

Arsenal were the first to bid, but earlier this week Chelsea agreed a fee with Leeds.

Work is to be done for the transfer to be finalised. GOAL Brazil are reporting that Raphinha still has his eye on a move to Barcelona.

He is said to be ‘trying to force negotiations with the Catalans’. Leeds and the player are reportedly ‘at an impasse’ as the club ‘want to sell him to Chelsea’.

Ex-Chelsea and Barcelona player Deco is Raphinha’s agent. He is understood to be ‘leading the negotiations’ with the Spanish club.

A separate report from The Daily Mail is stating that Barcelona have made a ‘last-gasp bid’ for Raphinha.

It is claimed that this offer is ‘still short of Chelsea’s accepted £60m offer’. Deco is ‘holding out to see if Barcelona can release more funds’.

The agent was seen in Barcelona on Wednesday as he is ‘waiting for more news from the La Liga side’.

Shackleton has been a bit-part player. He only started seven times for Leeds in the Premier League last term.

Football Insider have stated that Leeds are ‘open’ to letting him leave the club on loan.

It is claimed that Paul Ince’s Reading have ‘set their sights’ on Shackleton.

The report goes onto state that ‘a number of clubs have expressed an interest’ in signing the Leeds starlet.